Dean has continued into the last few decades with apparently unflagging political energy, working with the Council of Canadians, The 411Seniors’ Centre Society, Women Elders in Action, The World Peace Forum Society and the Voice of Burnaby Seniors. 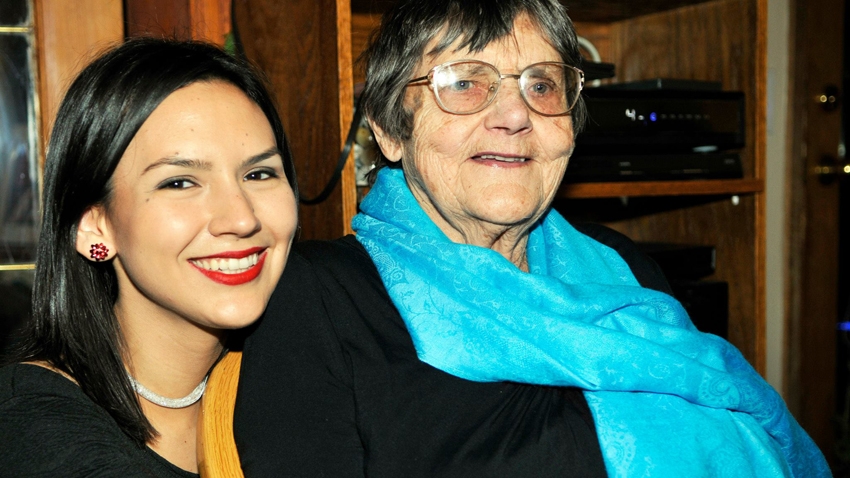 Only a little more than a decade after James Oppenheim’s great freedom anthem first rang out on a textile workers’ picket line in 1912, one of the founders of B.C.’s social justice community, Elsie Dean, was born in poverty on a hard-scrabble farm in the bush near North Battleford, Saskatchewan.

She was one of seven children born to her parents, early back-to-the-land bohemians from England who had accepted a land grant from the British government. The soil was thin and sandy but her parents worked hard to grub a living out of the unpromising terrain, even after the bank repossessed their farm equipment in the mid ’20s.

“After that we worked the farm with horses,” Dean said in a recent phone conversation. “We grew wheat and barley, tended a huge garden and raised chickens and milk cows. There wasn’t any electricity or running water.”

Dean is 91 years old this year and she still cherishes fond memories from that farm in the bush.

“My dad hated the industrial revolution in England. He respected First Nations,” Dean reflected during our phone conversation. “I remember walking to an election meeting with my mom and talking in detail about the candidates. Pretty early on in my life I realized that we were governed by a wrong system.”

At 18, Dean left the farm and joined her sister and uncle in Vancouver. The sister had been active in supporting the Spanish republican side in the Spanish Civil War against the fascist troops of General Franco, and her uncle was already a member of the Canadian Communist Party. Soon after her arrival, Dean, like many young people radicalized by the Great Depression, joined the party, which was to be her political home off and on until 1975.

Although in later years Dean became disillusioned with the party and a leadership that kept members from realizing what was going on in the USSR, she clearly remembers the early days with affection.

“It was an exciting time and I got to know a lot of interesting, vigorous young people,” she said. She worked as a bookkeeper in a sawmill and later in the same capacity for the International Brotherhood of Electrical Workers.

In 1950 she married Harold Dean, a “devoted peace and social justice worker” who suffered, she said, with serious depression. They had three children: Barry, Timothy and Karen.

Karen Dean, a lifelong political activist like her mom, has shared a multi-family house in Burnaby with Elsie since 1983.

After she and Harold separated, Elsie went to school, got her teacher’s certificate and taught in the public schools for the rest of her employed life (a better term than “working life,” as this woman has never stopped working. She views retirement from paid work as liberation, her daughter said, and opportunity to do political work full-time and enjoy later-life enthusiasms such as long-distance cycling.)

“I was 11 when my parents divorced,” said Karen. “I was raised on feminism and on my mom’s motto, ‘Just get it done.' We often got this from her: ‘If you see a problem, roll up your sleeves and get it done.’”

One feminist moment that Karen recalled with a laugh came one day when she heard a loud crash in the next room and rushed in to find her mother glaring at a copy of Leonard Cohen’s then-new novel, Beautiful Losers, which she had just hurled across the room into the wall. “Misogynist asshole,” Elsie muttered.

Karen also remembers how much joy her mother has always taken in music, often hosting parties where live political folk music was one of the main attractions. She remembers her mom opening her home not only to musicians but also, in later years, to American war-resisters who had deserted from the Iraq invasion.

Elsie now has a track record of over seven decades of taking on important issues. She has always had a robust political practice on peace, labour and social justice issues, and added the environment and aboriginal rights to her list of things to work at long before many others on the left did. She has continued to share her father’s respect for First Nations, and two summers ago proudly witnessed Karen and her children being adopted into a Haida clan, rising to speak during the ceremony and telling the assembled Haida, “As a settler, I have a deep responsibility to assist you and help right the wrongs inflicted on you.”

Dean has continued into the last few decades with apparently unflagging political energy, working with the Council of Canadians, The 411Seniors’ Centre Society, Women Elders in Action, The World Peace Forum Society and the Voice of Burnaby Seniors. She was one of the founding members of Burnaby Residents Opposing Kinder Morgan Expansion and was a regular at the Burnaby Mountain demonstrations against the oil company’s proposed tar sands pipeline expansion.

She is a true elder of B.C.’s radical activist communities, and an important example to the rest of us. Like the author of “Bread and Roses” and the women textile workers who inspired him, she champions a joyous politics of resistance, creation, laughter, courage and music.

Like the great Italian Communist Antonio Gramsci, she embodies “pessimism of the intellect and optimism of the will.” At a time when our political masters are dragging Canada deeper into American imperial adventures and while the power of big business seems likely to thwart the reforms necessary to protect our environment and climate stability, it is tempting to collapse into our private concerns or to embrace cynicism.

We do so at the peril of losing the last big battles and seeing ruin and chaos overwhelm our children. With the stakes so high, it is important to honour the elders who have set examples of relentless, joyful struggle.

It is important to honour people like Elsie Dean.

Tom Sandborn lives and works in Vancouver. He welcomes feedback and tips at [email protected]

See more
How’s this for a federal campaign slogan: 'Thou Shalt Not Kill'
Barrier-busting journey level carpenter takes up tools of change for women