Delegates adopted The New Urban Agenda with goals for how cities can evolve over the next 20 years . 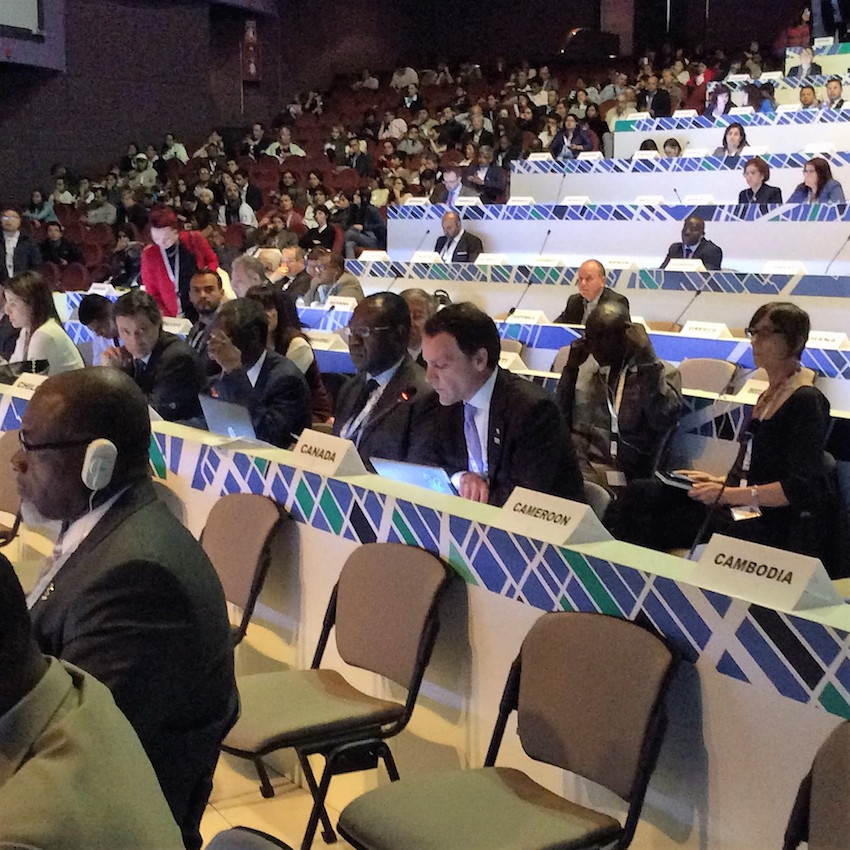 This was the backdrop October 16th to 21st when about 50,000 delegates from around the world gathered in Quito, Ecuador for the UN Habitat III conference.

The delegates came from governments, indigenous organizations, the private and not-for-profit sectors and civil society from all over the world and addressed issues such as poverty, climate change, public safety, infrastructure and housing, health and quality of life, and the economic, social and creative advantages provided by cities. 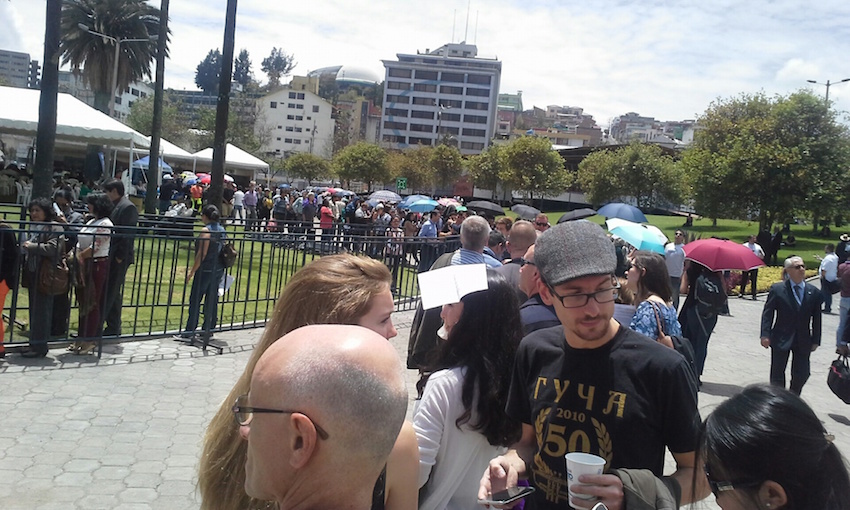 Delegates wait in line at the UN Habitat III Conference in Quito, Ecuador in October 2016. Photo by Dennis Carr.

The aim of the conference, which is held every 20 years, was to chart a sustainable development vision for the world’s cities; the end result being adoption of a document called the New Urban Agenda.

The New Urban Agenda, which was adopted on October 20th by delegates from 167 nations, lays out goals for how the world’s cities can evolve and take shape over the next 20 years.

It contains a long list of commitments for a sustainable, fair and safe world for everyone. It is also attempt to reverse the 20th century planning legacy of uncontrolled urbanisation and urban poverty.

The New Urban Agenda calls for national strategies to combat urban inequality by enhancing livability, education, food security, health and well-being and ensuring that cities are well planned, financed, developed, built and  governed with a view to their impact on sustainability and resilience beyond the urban boundaries.

A central theme is the idea of a “right to the city”, which prioritizes the needs of residents over profit.

The delegation, headed by Jean-Yves Duclos, Minister of Families, Children and Social Development, included two members of parliament and was supported by staff from Employment and Social Development Canada, Global Affairs Canada, Public Safety and the Canada Mortgage and Housing Corporation, including its President and CEO, Evan Siddall.

Not including the federal government presence, there were over 100 Canadian delegates.