For middleweight boxer Mary Spencer, Canada's only female hopeful in the London Olympics, the pressure is enormous.  This year will mark the first ever Olympic Games in which women have been allowed to compete in boxing, and Spencer has the chance to make history.

Today, Spencer is just one win from a medal. She drew a bye, meaning she must win just one bout to be guaranteed at least a bronze medal.

Rooney's Gym, tucked beneath a railway overpass near London's iconic Tower Bridge might not be the most likely of training venues for the Canadian Olympic boxing team. But Daniel Trepanier, Boxing Canada's high performance director, wanted to find a place where his athletes could focus on preparing for the competition ahead. "It's good to go outside of the village. Here, it feels like real boxing."

Spencer said she and the rest of the team have benefited from their off-the-beaten track training venue. 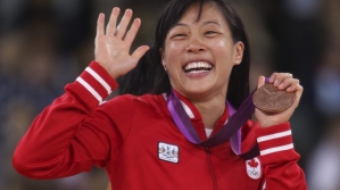 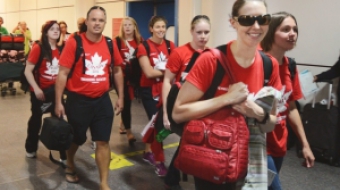 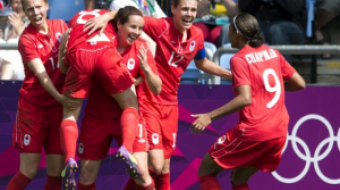