Creating the People's History of 2010: Accredit Yourself and Start Reporting, Partying, and Schmoozing with the World

What do you plan contributing to the future?

I also learned the power of grassroots reporting by sharing a video clip of the first-ever Nepali Winter Olympian (vid) and observed the passion of Latvian hockey fans. I also learned what you see on TV is very different from on the ground - ain't it all bad. Heck, the Olympics brought public transit and liberalized beer laws to Utah! 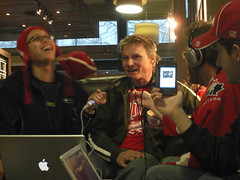 I remained in Vancouver, living on Torino time with 4:00 AM cappuccinos and frustrating hockey games while my colleagues Mssrs. Krug and Scales were the new media pioneers encamped in Turin at the Piedmonte Non-accredited Media Centre, testing streaming video cams, visiting hospitality houses, and rallying photo walks in between events and business outreach.

I assembled a collection of Olympic Outsider podcasts and frequent Olympic Notebooks to document the sports, media, and business issues of the games. But the gem of the Torino 2006 social media experiment was the "Social Media and Sports Symposium" - a panel discussion delivered from Vancouver and Turin over the web featuring Ross Rebagliati discussing the changing role of blogging since Nagano with Roland Tanglao and Will Pate ~ the old media begin to notice the magma bubbling up from renegade tech-journ-artists. 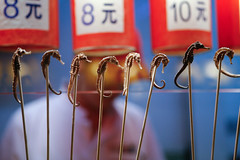 Everyone wondered how the bureaucracy and policies of social control would affect every aspect of the Games and the torch relay was famously interrupted several times and the Olympics became a politically-charged event akin to days of Moscow and LA boycotts compared to relatively non-political Games in Athens and Sydney.

This time around, I again contextualized content from colleagues Kris and Rob who stormed Beijing like savvy pirates covering street food, conferences and fencing. From the Occident, I assembled massive storypacks from their artifacts through Raincity Studios and crafted educational toolkits and closely observed the nuances of IOC's priority of protecting rights-holders. 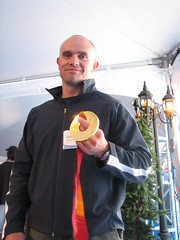