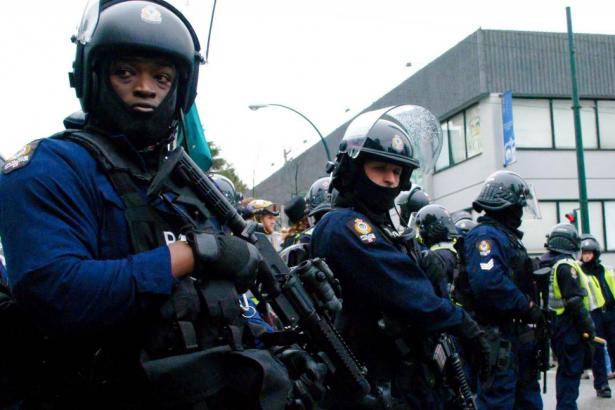 Heavily armed riot police were deployed during Vancouver Olympic protests (shown here) and similarly during a crackdown on anti-G20 demonstrations later that year in Toronto - warnings of the future? Photo by David P. Ball

Scary words from someone in charge of Canada's public safety.

Today, Mr. Traditional Family Values (he's a vocal opponent of same-sex marriage) got an even nastier taste of privacy invasion. Several of my sources forwarded a Youtube video, in which Anonymous alleged the marriage-defending MP had a lengthy affair with his childrens' former (and much younger) babysitter, Stacey Meek, now a staffer for two elected Conservatives in Manitoba. VO became the first media outlet to report on the video. The smear is, of course, unconfirmed – and needless to say, the minister is miffed.