The list of Aboriginal communities and municipalities opposed to Northern Gateway grew, with the addition of Yinka Dene Alliance for First Nations, from north central B.C. 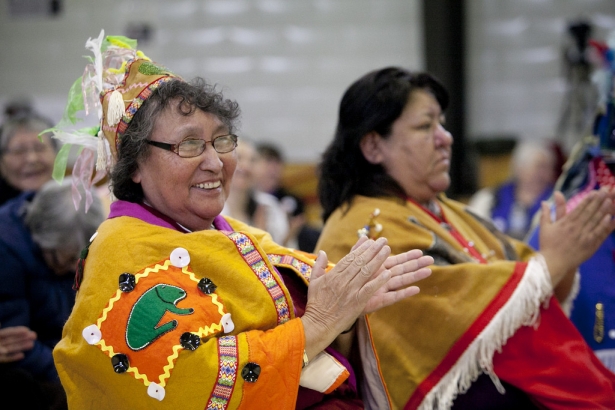 Two hundred people from four Yinka Dene communities packed a gymnasium in north central B.C. on Friday to give an emotional presentation to the federal government and Enbridge that their alliance formally opposes the Northern Gateway oil pipeline.

"It was amazing to finally tell the feds - this is our decision," Nak'azdli Hereditary Chief Pete Erickson, told the Vancouver Observer Saturday.

"It was amazing - just the amount of interest -- it was a very formal gesture among all the clans."

The Yinka Alliiance's decision to end negotiations is clearly a big blow for the project.  Critically, the communities' ancestral territories represent one quarter of the pipeline's 1,177km length.

Calgary-based Enbridge (TSX: T.ENB) has long said it will continue to engage with First Nations that oppose its project.  Enbridge did not respond to requests for comment.  The Harper government will make the final say on the project before mid-June.

The company is also battling a critical plebiscite vote in Kitimat on Saturday. 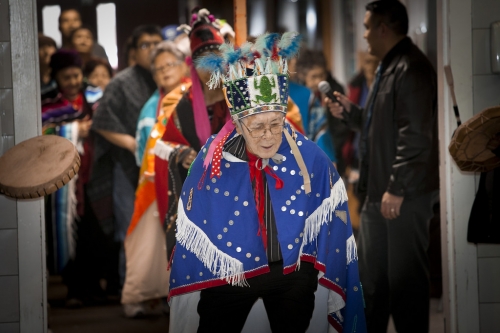 One by one, Elders, children and band members gave presentations at the gathering near Fort Saint James, B.C.  Their reasons for opposing the oilsands pipeline range from earthquake concerns to aquatic impacts.

"I had the opportunity to talk to my son," said an emotional Saik'uz Chief Stan Thomas to the Friday crowd. "I want to make a difference for him."

Chief Erickson added, "We examined that with that fact that our fish are running about two to three percent of historic average, and it makes up a huge part of our diet."

"There was some economic interests expressed by the company - we looked at all of that, and just believed it can not be done in a manner that would be sustainable long-term for our community," said Erickson. 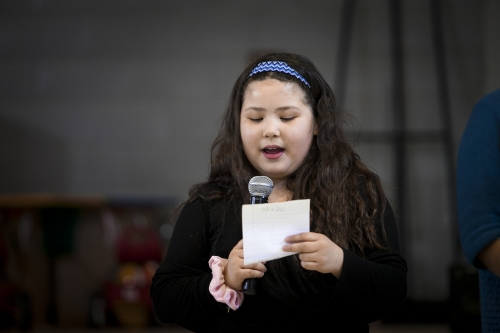 One of the main concerns was how an offshoot of the San Andreas fault line could rupture Alberta oil into the communities rivers and lakes.

"[An oil spill] would be disastrous -- you can not bring salmon back.  It would end our ability to sustain ourselves.  And we don't move -- we don't have a place to go."

"We have a fault line that runs right beside our community, alongside Stuart Lake.  And we asked several questions, and never got really good answers from Enbridge or the government about the safety of the pipeline in our country."

Many of these same Yinka Dene nations signed the Save the Fraser Declaration Solidarity Accord of 2010.

Attending the gathering were federal government managers from the Fisheries and Oceans department, as well as the National Energy Board.

Elected officials with the Harper government were invited, but did not attend. 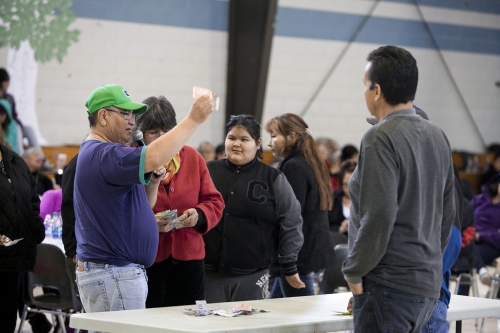