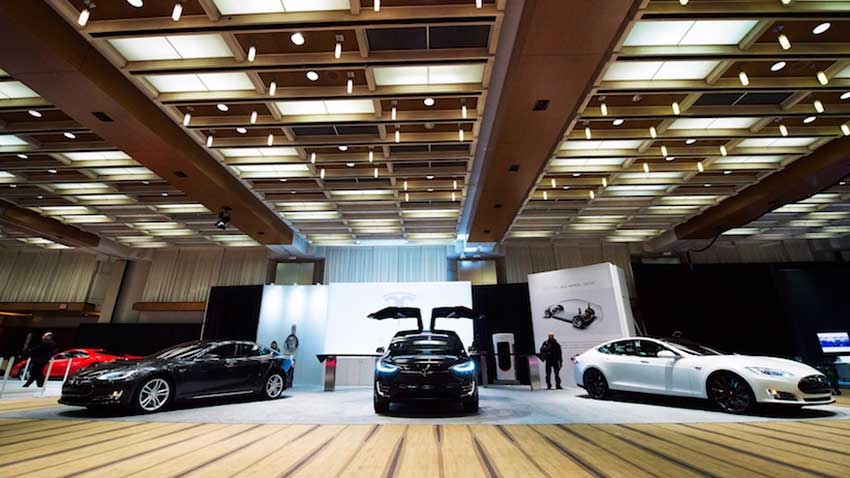 Electric cars are becoming an increasingly normal part of Vancouver car culture. It's common to see them quietly gliding down city streets, masked by the engine sounds of other, louder cars.

Hundreds lined up outside the Robson Street Tesla dealership to order the company's new Model 3 car. According to Tesla motors,Vancouver has the 7th most reservations North America.

So it should come as no surprise that a new provincial program that sponsors electric vehicle (EV) charging stations in apartment and condominiums has almost hit capacity only a month after being instituted.

On March 23, the Government of British Columbia made available almost $700,000 to help pay for fast chargers in condos and apartments. These chargers can replenish a vehicle battery in three to four hours.

“Many of B.C.’s condo and apartment residents have felt shut out of the EV revolution because they need a place to plug in overnight, and many strata councils have been reluctant to pony up for the costs of a shared charging station,” said J-M Toriel, a director of the Vancouver Electric Vehicle Association, in a press release.

Toriel sees the success of the charging stations as further proof that Vancouverites are ready to break their dependence on gas for transportation.

The Fraser Basin Council, which administers the program, said on a recent webinar that while the funds were intended to last a year, they were nearly fully allocated within one month of the announcement. The organization expects the program funds will be completely committed by the middle of May.

“British Columbians clearly want to buy electric cars, but there still isn’t a wide selection of models available at the dealers,” said Toriel. “Manufacturers won’t open the floodgates unless governments put the right policies and incentives in place to encourage them to do so.”