Guatemalans speak out about heavy cost of Canada's silver mining

The lawsuit filed last Wednesday in BC's Supreme Court involving Vancouver-based Tahoe Resources has shone a spotlight on Guatemalans who have been speaking out against mining. Second in a series. 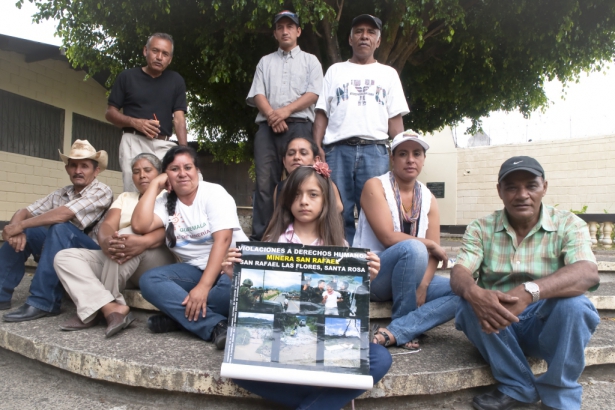 As the police line drew closer, Lesvia Villagran -- a Guatemalan woman who opposes mining activities by Vancouver-based Tahoe Resources - broke into song. "All the women were singing," she tells me, remembering September 17, 2012.

"We sang a Catholic song as the police approached, which gave us strength. But once the police raised their guns and pointed them at us, we put our hands on our hearts and sang the national anthem."

That morning, Villagran had joined a crowd massing along Route 13, the two-lane strip of asphalt that divides the Canadian-owned mine from the town of San Rafael. Word had spread that Minera San Rafael -- the Guatemalan subsiduary company owned by Tahoe that operates the mine named Escobal -- was stringing a high-voltage electricity line to connect the mine to the national power grid through Mataquescuintla, 7 kilometres to the north. Community leaders believed it was time for action. 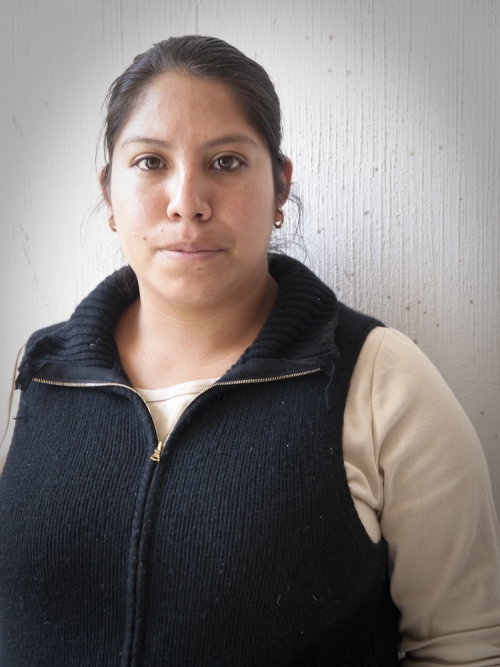 For the past year, Villagran had been talking to children about water, part of her work for Colectivo Madre Selva, a local environmental group with a mandate to protect the land and water using social and political action. Villagran joined MadreSelva the day after hearing that a worker from Escobal was visiting schools to promote the benefits of mineral exploration.

"I was upset that he was allowed access to children, saying this mine would be a good thing," she says. "Our water is everything, and we must protect it. Otherwise, what do we leave for future generations?"

The crowd formed a blockade across Route 13 as the police assembled into riot formation. "The women moved to the front," Villagrande says, "thinking the police would not act as forcefully towards us. They advanced with their dogs barking, yelling threats. That's when we started singing. And then suddenly, the gun was right up in my face, like this…"

She jabs her finger at my forehead. Then her face tightens. "I was scared at first, but then I became angry. Angry that they would act this way. We are mothers, sisters, grandmothers. Do they not have mothers too? How could they do this to us?"

Accounts vary as to what happened over the next 24 hours, but newspaper reports confirm protesters were dispersed by a combined force consisting of the Guatemalan military, the national police force and Escobal's security guards. Tahoe reported that its workers and facilities had been attacked by "a mob," and issued a press release citing civil unrest from outsiders at Escobal. Tahoe has "strong local support," the company said, adding that:

"The protestors are not from the local area. Authorities identified them as individuals transported into the area from outside regions, organized and funded by local and international NGOs. Protestors purportedly object to construction of the power line for a variety of reasons, ranging from baseless claims of negative health effects of electricity to unfounded fears of contamination caused by mining."

Villagran disputes Tahoe's claim that she is an "outsider" paid by NGOs to cause trouble. It's a position echoed by Celeste Gutierrez, a community organizer with CODIDENA, the Catholic Church Committee for the Defense of Nature. Resistance to the mine has sprung up from legitimate concerns about the environmental risks and their health and welfare of locals, Gutierrez explains, not because of the money.

Extracting minerals from the earth doesn't come without risks. According to Environment Canada, if not properly regulated,"waste rock and mine tailings can result in releases to water and soil.  Acidic drainage and the leaching of metals from the mine workings and mine wastes may occur at metal mines....Chemicals used to process metal-bearing ores can also be found in mine waste water."