The 2017 World Ski and Snowboard Festival celebrates mountain culture in a town beset by economic and environmental change. 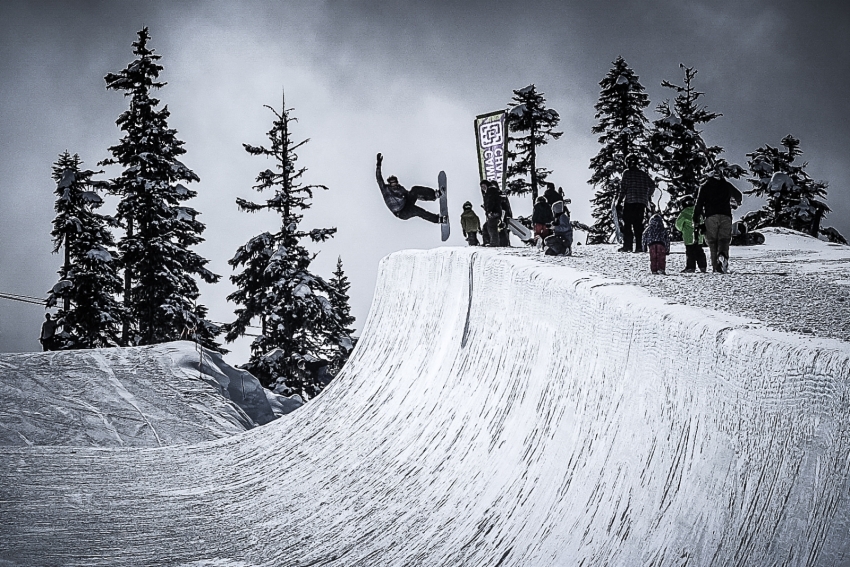 Snowboarder hits the halfpipe on Blackcomb at the 2017 WSSF. (Photos: Jordan Yerman)

The World Ski and Snowboard Festival, which usually heralds the glorious arrival of spring, took place this year in winter conditions. The relentless gloom of the past few months meant that zero visibility and powder turns replaced the traditional slush and sunburn that characterize late-season skiing. Still, the WSSF lived up to its motto: "Party in April, sleep in May."

The largest such event in North America, WSSF took over Whistler Village for ten days, culminating on Easter weekend. Events like Boarderstyle (think slope style meets boardercross, then think about wearing a helmet) ran through a thick layer of white fog. 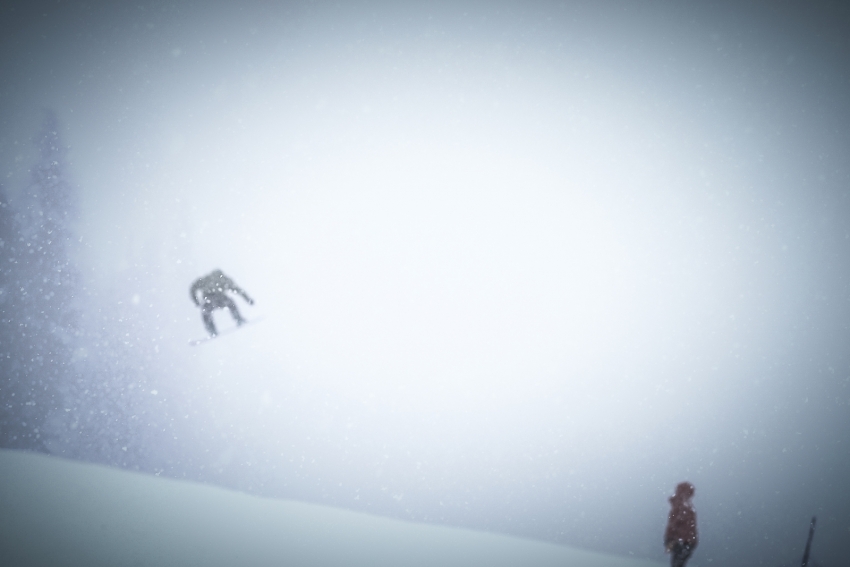 While more traditional races such as the Canadian Junior Freestyle National Championships take place during WSSF, there's still plenty of room for events such as the Slush Cup, in which skiers and snowboarders skip across a frigid pond, drew cheering crowds at the edge of the alpine.

A Town in Transition

Mountain culture is a fragile thing, though. Skiing and snowboarding make the perfect shorthand for our relationship with a fragile ecoystem, managing and stewarding both landscape and climate. There's a sense of a ticking clock as well, with 14 out of the hottest 15 years on record having taken place since 2000.

The Olympus 72-Hour Filmmaker showdown, in which participating creative teams had just three days to write, shoot, and edit a five-minute film, featured plenty of black humour around the economic forces converging upon Whistler, as skyrocketing rents and property prices are forcing more and more people to crowd into cramped apartments, or leave town altogether; even as the high cost of hanging out here shifts the demographic away from the town's ski-bum roots.

Jam with the Fam

Despite the decidedly non-spring conditions, WSSF retained its laid-back vibe. Friends and family were front and center at the Halfpipe Fam Jam on Blackcomb, which against all odds took place under glorious blue skies for a few sweet hours. Children as young as four dropped into the 18-foot halfpipe, and some of them went pretty big. Your humble contributor was okay just watching. 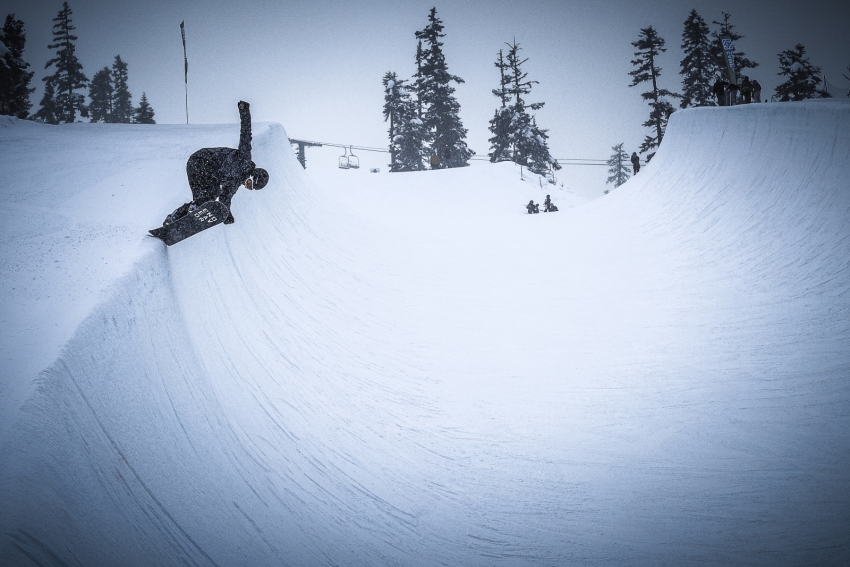 Aspiring riders were treated to some on-site inspiration: three-time Canadian Olympic snowboarder (and local halfpipe hero) Mercedes Nicoll was one of the Fam Jam hosts. 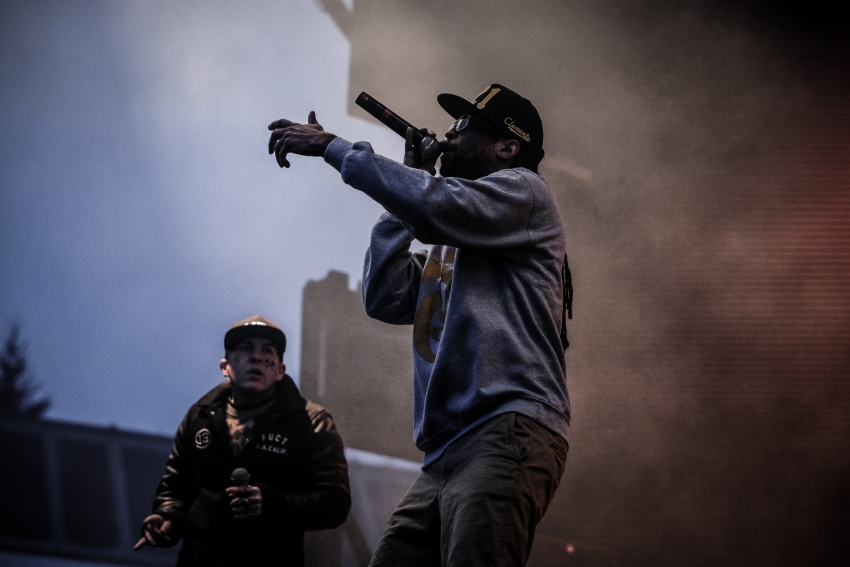 Madchild (l) and Prevail of Swollen Members perform on the WSSF main stage.

First-time skiers and riders rubbed shoulders with Whistler locals, and even the rain couldn't scare the crowds away from the main plaza. Aprés drinks were shared around inviting fire pits as day turned to evening. Even as mountain bikers started arriving in the village toward the end of the event, Whistler stepped up to celebrate the ski and snowboard culture that it has fostered for decades.

[Shoutout to the Fairmont Chateau Whistler, for putting me up for a few nights. For the second half of my stay, I slept folded into a chair in an overcrowded hotel room. You can't mess with tradition.]