The stunning images were shot over nearly a decade by a compassionate pair of photographers hoping to connect Canadians with a remote, endangered rainforest. 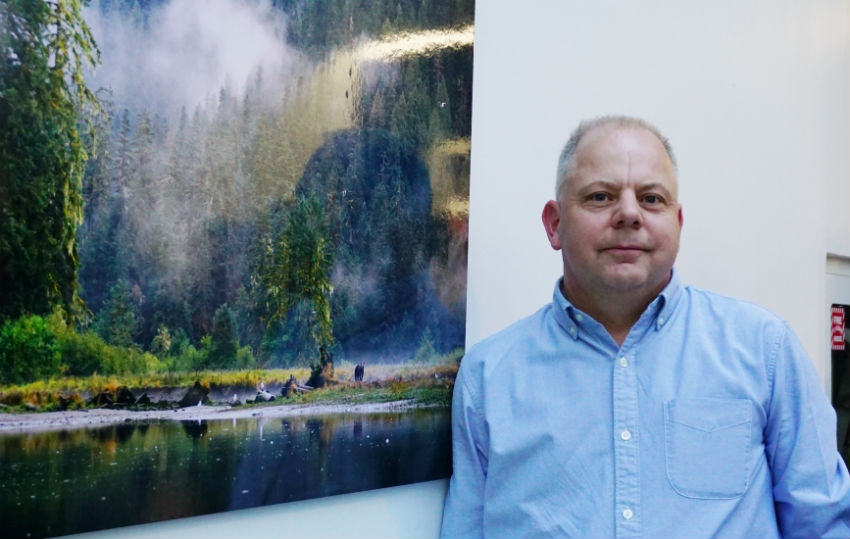 Wildlife photographer Andrew S. Wright displays one of his grizzly bear photos in the Wondrous exhibit at the TELUS World of Science on Wed. April 20, 2016. Photo by Elizabeth McSheffrey.

British Columbia's Great Bear Rainforest is inaccessible to most Canadians.

The rare coastal temperate ecosystem stretches more than 64,000 square kilometres from the northern tip of Vancouver Island to Alaska, reachable only by air and water when weather conditions are optimal.

For decades, its misty fjords, rugged mountains and vulnerable wildlife went largely unprotected, yet today, more than 80 per cent of the rainforest is off limits to industrial logging. If it sounds like a place you’d like to visit, look no further than the ‘Wondrous’ exhibit at the TELUS World of Science.

“The easiest way to get people to care about places is to take them there," explained contributing photographer Andrew S. Wright, who spent seven years taking pictures of the rare, magnificent wildlife roaming freely through the Great Bear Rainforest.

Wondrous is a collection of stunning photos, videos, and audio recordings of the precious marine and terrestrial ecosystems in the coastal temperate rainforest, assembled over nearly a decade by a team of passionate researchers and artists. The work is on display in celebration of legislated protection for the area, announced by conservationists, timber companies, First Nations, and the B.C. government last month.

“The photography is simply a way to try to open up the ocean for people, to help them understand what lives in the cold, dark seas,” explained underwater photographer Jackie Hildering, whose contributions were shot near her home on northern Vancouver Island. 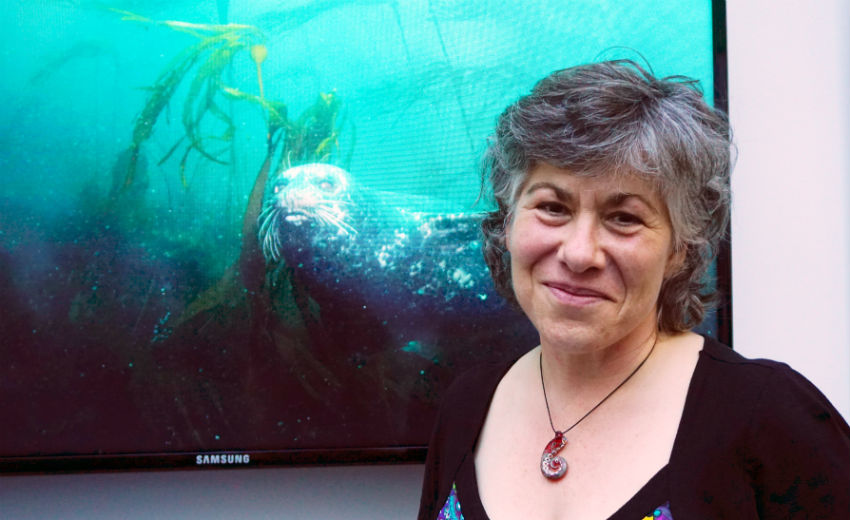 Like Wright, her personal mission is not only to educate the public on Canada's vulnerable ecosystems, but to contribute to their eventual conservation. Over 13 years, she said the Great Bear Sea has become her home — a place where she knows individual fish and whales well.

"The ocean is the life sustaining force on the planet, yet the curse of cold dark seas is that people aren’t aware of them," she told Vancouver Observer.  "Trying to engage people in the beauty of the ocean, the fragility, how little we know — I think the most valuable currency is to operate in a sense of humility."

And humility is a trait both she and Wright whole-heartedly embody; while they humbly "hope" their work has made a difference, Valerie Langer of the environmental advocacy organization, Stand, confirmed that photographers were pivotal in protecting the Great Bear Rainforest.

"You’ll forget 90 per cent of what I say, but you’ll remember 50 per cent of what you see," she explained. "We’d be talking to ourselves literally in the wilderness if it weren't for the fact that there are so many fantastic photographers who donated."

Donating photos to protect the rainforest

Though some of the images used by environmentalists were paid for, Wright is among several photographers who donated his images for use in their campaigns. In fact, he shares them with any group or organization trying to protect rare ecosystems as a matter of basic principle.

“I’ve had the privilege of travelling the world and there are very, very few places like the Great Bear Rainforest," he told Vancouver Observer. "It’s not work, but a privilege... hopefully these pictures in small part, contribute to that effort.”

The rainforest is now 85 per cent protected from commercial logging, but for photographers and environmentalists like Wright and Hildering, the conservation work continues. The ecosystem remains threatened from pipeline development, particularly the Enbridge Northern Gateway proposal.

If approved, the Northern Gateway pipeline would carry 520,000 barrels of diluted bitumen per day to Kitimat, sending tankers through the Great Bear Sea. According to The Globe and Mail, the controversial project — once believed to have fallen flat under 200 federal environmental conditions — has resurfaced as a topic of discussion between the B.C. and Alberta governments.