Premier Christy Clark is hosting an LNG summit in Vancouver this week, but many B.C. First Nations have no intention of signing on to her plans. 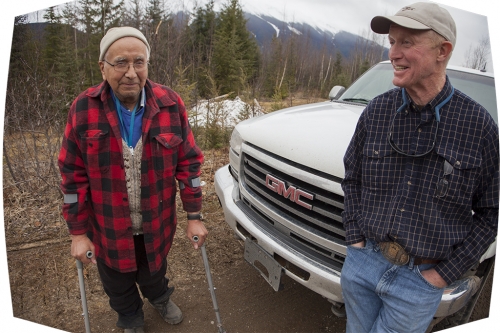 In neighbouring Gitxsan, mere “test drilling” sites for pipelines have had hereditary chiefs serve TransCanada contractors with a “cease and desist” order in March to remove themselves within 24 hours.

“I want it to be stopped....It’s going to ruin everything,” said 81-year-old Samson Muldoe, a hereditary chief who spoke with the Vancouver Observer on a mountainside near Hazelton, last month.

TransCanada has a legal permit for the drilling, signed off by two Gitxsan officials.  But the company heded the chief's demands at first.

"Out of respect, we complied. However, what isn’t noted is that we subsequently approached the Chief to confirm his support for the borehole work," wrote spokesperson Davis Sheremata from Calgary.

“We would never conduct any work without the proper regulatory authorizations.”   Davis added, the pipeline company had 13 Gitxsan house groups on side.

But Sampson denies their authority.

Several Gitxsan chiefs have raised alarm that their names are allegedly being “stolen” – meaning their names are being used to sign for LNG agreements, without their consent.

At B.C.’s northwest coast, there are several LNG plants proposed for Kitimat and Prince Rupert areas, to cool the gas to -160 degrees Celsius, and to reduce the fuel’s volume 600 times for its convenient transport to Asia. 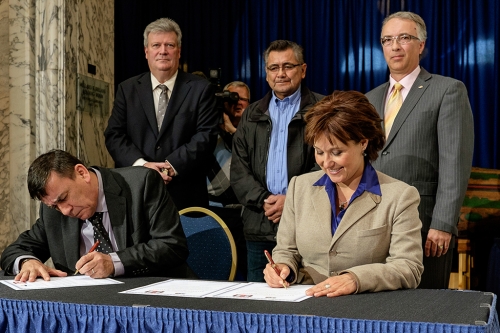 In these costal B.C. regions, the province has successfully signed up the Haisla, Metlakatla, and Lax Kw’alaam on to what could be very lucrative revenue sharing agreements.

But environmental concerns are growing about the hundreds of new tankers that would port there annually.  The worry is, might they hurt whales, salmon and other marine life.

“We’re talking about huge tankers – they’re going to have an impact, there’s no doubt about it,” said Art Sterritt, executive director of Coastal First Nations. 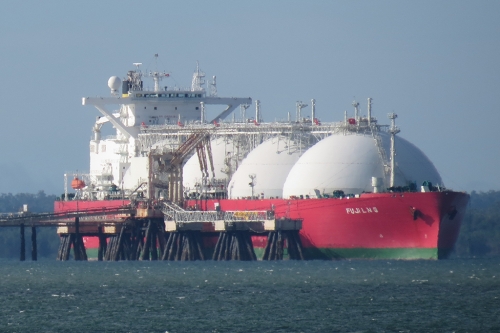 A citizens group in the region called No More Pipelines estimates that B.C.'s greenhouse gases from just three of the LNG plants could soar by 73 per cent. These pollution issues fuel many First Nations' concerns that a huge increase of tankers and LNG development could radically alter the landscape of their traditional territory.

For its part, the province’s Aboriginal Relations and Reconciliation ministry said:

“Aboriginal people have a crucial role in our LNG strategy. First Nations have been telling government and industry that they want to be part of the economic development and that they want to enter into business and other partnerships to meet their communities’ social and economic priorities,” wrote spokesperson Robin Platt.

He added the Province has also achieved agreement with 15 First Nations in support of Pacific Trails Pipeline and has economic benefit agreements with five Treaty 8 First Nations. 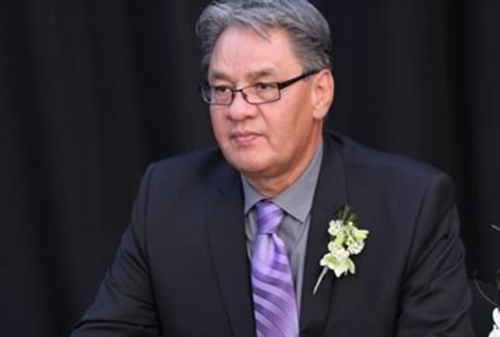 Speaking from New York while attending United Nations meetings this week on the rights of Indigenous Peoples, Grand Chief Edward John said both government and industry need to do more to respect First Nations' concerns about LNG.

“They are going through First Nations people’s territories.  And government and industry need to respect that," said Edward John.

"That is absolutely fundamental.  And not just give lip service to this.  They can’t just say ‘oh well we consulted with [some] First Nations and we’re going ahead' – that approach won’t work."