Former newsman wants to create the most open, accountable city government in Canada 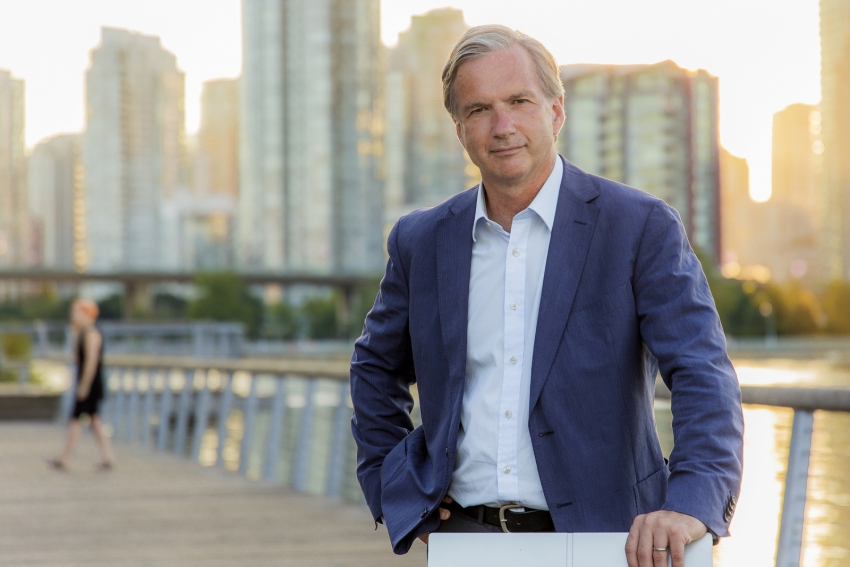 The Vancouver Observer asked each mayoral hopeful to provide an op/ed, on why they want to be mayor of Vancouver.  This is NPA candidate Kirk LaPointe's contribution.

It is time to create the Vancouver you want

We have hungry children in our city and no comprehensive plan to feed them.

We have people who are homeless and no strategy with partners to support them.

We have mass transit needs and no conversation with other governments to finance them.

We have cyclists and motorists angry with each other because we did not build the necessary bike lanes properly or with adequate consultation.

We have the lowest family income levels of any Canadian city because we did not attract investment or stimulate job creation.

We have a secretive government that has alienated neighbourhoods and those who develop them in equal measure.

Vancouver is a great city, badly run, with no plan on our most pressing issues. We are eerily isolated from regional mayors, our province and our country because our government has taken a strident approach on issues that require deal-making and problem-solving collaboratively.

Our mayor focuses on what he cannot deliver, and fails to deliver on what he should focus.

We know we need change, so here are 10 of our progressive proposals:

1. The country’s most open government. A law that would require it and an independent office to police us.

2. The country’s most consultative government, including a process to build a new city plan with your leadership to then guide the Vancouver we want to build, with a clearly desired outcome of more attainable housing for young families and our aging population.

3. A priority to improve public transit sooner than this government would, more creatively to deal with the east-west stresses, and with the support of partner governments that our city does not now have.

4. A minimum bicycle grid and network and technology to make traffic more effective and less polluting.

6. A comprehensive program to feed our hungry children, not only through our schools but in a variety of week-long settings year-round.

7. A world-class mentorship program to match the passion and needs of children with the talent and time of adults.

8. An audit of the funds in the Downtown Eastside to ensure money is reaching those who most need support, then a champion of the district to ensure governments, First Nations, agencies, the private sector and particularly the residents are involved in developing solutions. I would personally be at that table.

9. City-wide WiFi, free Sunday and holiday parking outside of our downtown, and parking meters that stop gouging us at 8 p.m. instead of 10 p.m.

10. A lobbyist registry for the city and a commitment to campaign finance reform. 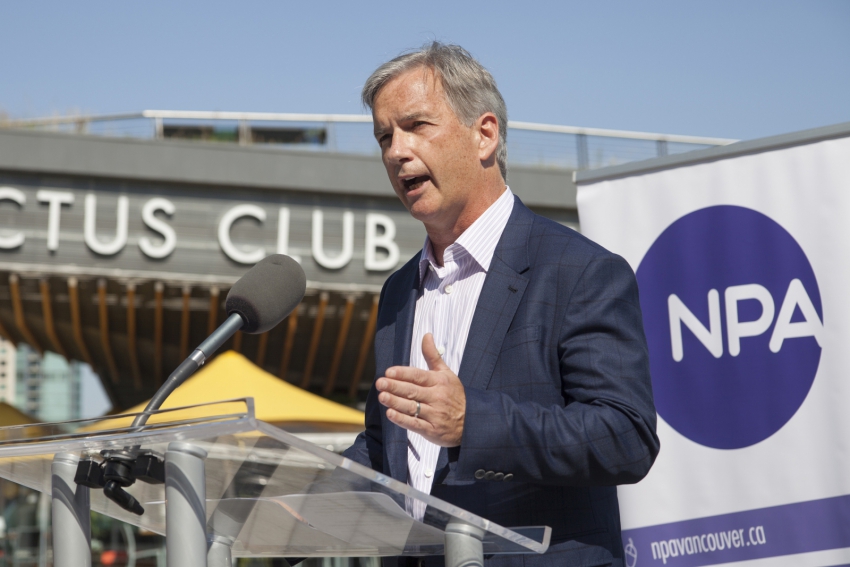 This is not the NPA our opponents would have you understand. But I am not an NPA leader they would want you to know.

I was raised in poverty as the child of a single mother who had to send my older brother to live far away with friends because she could not afford to raise both of us. I can still summon the hunger pangs and, even though I have been truly blessed to have been given opportunities, I know about vulnerability and the need for support.

But I believe that helping people arises from common sense, not ideology. For instance, I want both a strong economy and a strong environment, and I know you need not choose between them.

The Kinder Morgan pipeline is particularly polarizing as an issue. As mayor, I will fight for the strongest possible environmental standards around this project. But, unlike Gregor Robertson, I operate in the real world. Here are two truths: we must argue for Vancouver’s concerns in the National Energy Board review process, but we must also recognize this project is out of our jurisdiction and we cannot determine if it is built.

If Gregor Robertson could do something about tanker traffic, I presume he would have done so in his six years in office as traffic grew 111 per cent. But he is like a cheerleader at a football game: good for morale, a sideshow, but without any say on the final score. It is sad he feels the public is so poorly informed as to believe he can stop the project.

My managerial skills, developed at the helm of Canada’s leading newsrooms, taught me about collaboration, about playing well with others to accomplish things, even when you have your disagreements. The most rewarding journalism for me furthered the public good and strengthened the community, even when it revealed uncomfortable truths. I believe that inherent curiosity, open mind, and willingness to listen and work with others will make me a better mayor for you.

I am leading a new NPA, one with progressive candidates of all ages and diverse skills, interests and backgrounds. They will be independent champions for the city they serve. We defy the labels Vision desperately tries to stick on it.

I have no debts and obligations. I am beholden to no one and no special-interest group. My opponents cannot make the same claim. My goal is to mitigate social inequity as I build a stronger community whose residents are consulted, not ignored or silenced.

On November 15, you can choose to reclaim this great city. Gregor Robertson and the Vision government has had six years to achieve. Re-election will only extend empty results. We will deliver smart management, a learning city, and we will be open as we proceed so you can measure our accomplishments on your behalf. We want to make Vancouver the city you want.

Kirk LaPointe is the NPA candidate for Mayor in the Nov. 15 Vancouver municipal election.