To speak with Horgan is to delve into a highly-personal world of no absolutes. 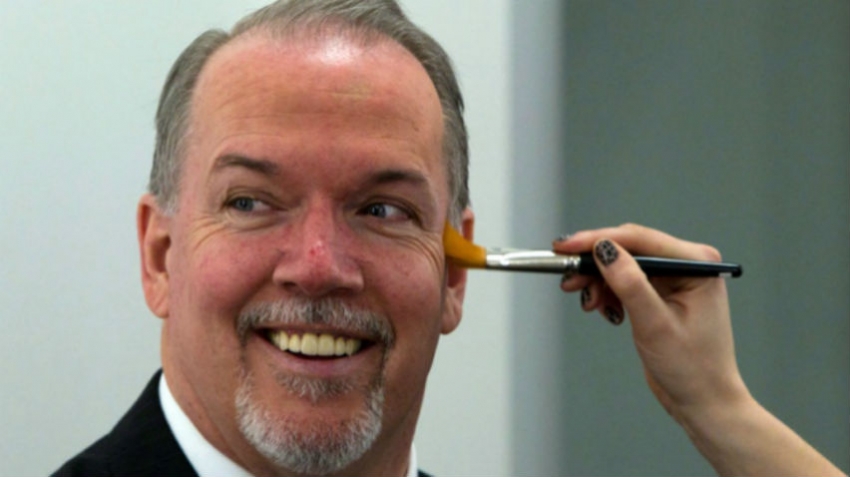 BC NDP leader John Horgan has makeup applied before a TV debate in Vancouver on Sat. April 9, 2011. Photo by Canadian Press.

His name isn't well known, that's for sure.

But John Horgan's has been busy since taking over leadership of the BC NDP in 2014. His focus has been putting progressive politics back on the table while staring down the provincial Liberal government - an administration that has long been accused of wining and dining itself on corruption, scandal, and shortchanging constituents on everything from education to tax revenue from resource development.

Horgan may not make waves nationally, but in B.C., he may be the only candidate in the 2017 provincial election that can beat Premier Christy Clark, who was recently ranked as the fourth most-disliked provincial leader in Canada.