#WhatsTheLink is a series about all that TransLink, Metro Vancouver’s transportation authority, is responsible for in the region. Join the conversation on Instagram, Twitter and Facebook. 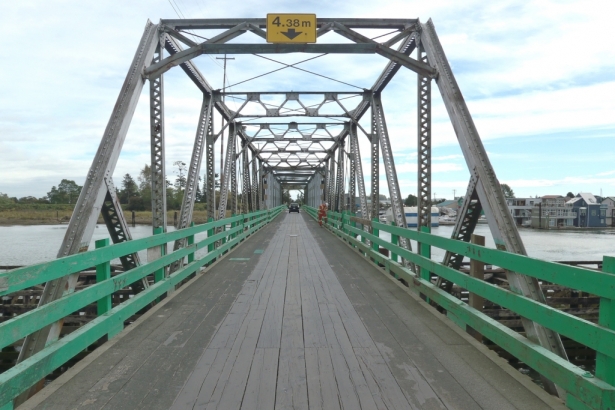 West end of the truss

When you think of iconic bridges in Metro Vancouver, Westham Island Bridge isn’t the first bridge that comes to mind.

But ask the film and TV industry about go-to locations to shoot, and you’ll find that the over 100-year-old structure has been a staple for the silver and small screens for some time.

Located over Canoe Pass, which is in the Fraser River Estuary, the structure connects Westham Island with Ladner and the Municipality of Delta. It is one of the few remaining bridges containing wood components in Metro Vancouver—the bridge is comprised of thirty timber spans—and is able to swing 90 degrees to allow boats to pass.

This little known bridge is part of TransLink’s larger transportation system for the region, which includes transit, the Major Road Network as well as cycling and pedestrian options in Metro Vancouver. In fact, Westham Island Bridge is the oldest of the five bridges TransLink owns and operates. The bridge opened for traffic of all kinds on March 29, 1910.

TransLink took ownership and began operating Westham Island Bridge when the organization formed in 1999. The other four bridges are the Knight Street, Golden Ears, Pattullo and Canada Line Pedestrian-Bicycle bridges. And for all the bean counters out there, there are 200,000 crossings by trucks, cars, and buses over the Fraser River on TransLink bridges each day. 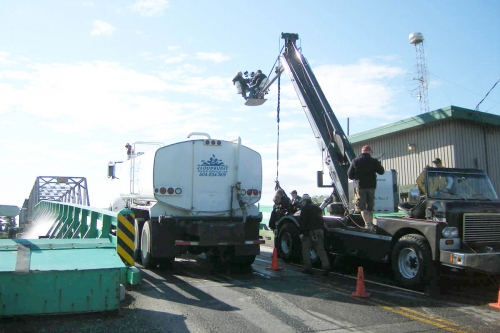 A water truck spraying the bridge to assist with lighting for Percy Jackson. Photo by Bill Knight

The bridge forms a direct link for cars, trucks and bicycles to farms and the popular George C. Reifel Bird Sanctuary. It’s also a popular location to see late night film and TV shoots flooded by the bright lights of film crews. Westham Bridge has been featured in a handful of TV shows of late. One episode of the A & E series Bates Motel involved an actress standing on the edge of the bridge (wearing a safety harness of course) and jumping from the bridge into the water. The short-lived TV series John Doe, a Jello ad and a collection of car commercials also feature the rustic bridge in recent years. 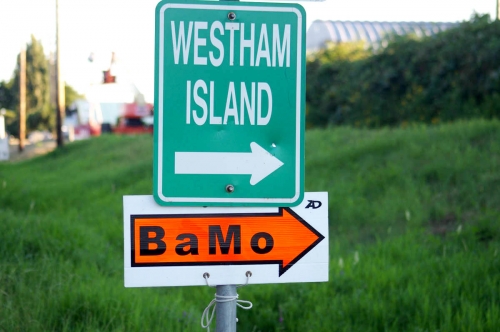 This way to the Bates Motel shoot. Photo by Bill Knight 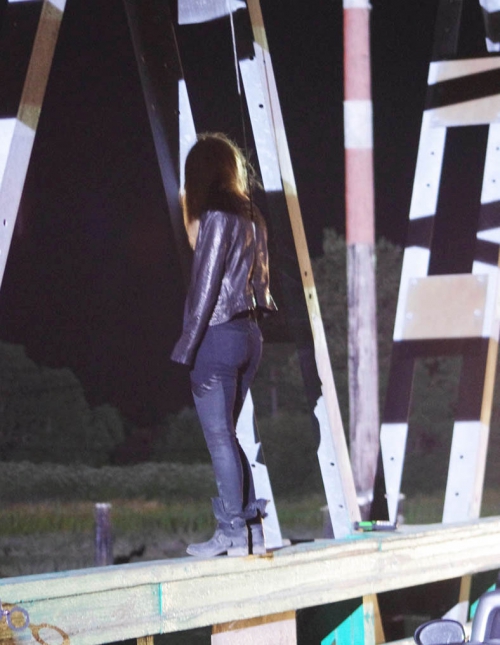 The film Percy Jackson & the Olympians: The Lightning Thief used the bridge as well. And before TransLink was responsible for it, the cult TV series X-Files used the bridge in a least two episodes. We’ve been told the bridge offers a pleasant, old and simple look that’s sought after.

Of course, movies and TV shows being shot on the Metro Vancouver transportation system isn’t anything new. Films such as Blade: Trinity and Paycheck used TransLink assets as well as TV series like Arrow, Psych, Falling Skies, Smallville, Supernatural, Fringe and Jake 2.0 to name a few.

Most of you reading this have most likely been on the SkyTrain and a transit station where film and TV crews have shot before. But I wager that many of you haven’t been on the Westham Island Bridge. It’s worth the trip. If the natural beauty of the Island doesn’t keep you coming back, maybe you, like the film and TV industry, will be captivated by this century-old bridge and attach your own story to it.

Robert Willis is a Communications Advisor for TransLink. He looks after digital communications including social media for the organization. He’s also the editor of the Buzzer blog and newsletter.