#WhatsTheLink is a series about all that TransLink, Metro Vancouver’s transportation authority, is responsible for in the region. Join the conversation on Instagram, Twitter and Facebook, the Buzzer blog, and here of course.  Post by Robert Willis. 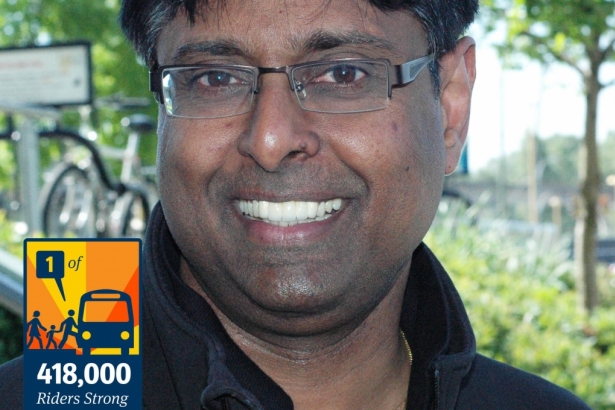 Photo of Amand Ambudaiyam courtesy of TransLink
Have you ever wondered how many people take transit in Metro Vancouver? In total, 418,000 people take TransLink transit every day.

Of those 418,000, each person uses transit and the larger transportation system transit is connected to in Metro Vancouver, differently. That larger integrated TransLink system includes transportation options via the Major Roads Network and cycling options as well as bus, SkyTrain, SeaBus and West Coast Express.

To get a glimpse of who uses the transit system and how, we headed down to Braid Station.

Braid Station was one of the first Millennium Line SkyTrain stations to open. It serves as a transfer point from SkyTrain to Coquitlam, Port Coquitlam, Maple Ridge, and Langley. Presently, it is also the terminus for the 555 Port Mann Express from Carvolth Exchange in Langley. Braid is also served by six other transit routes that connect riders to the integrated transportation system in Metro Vancouver. 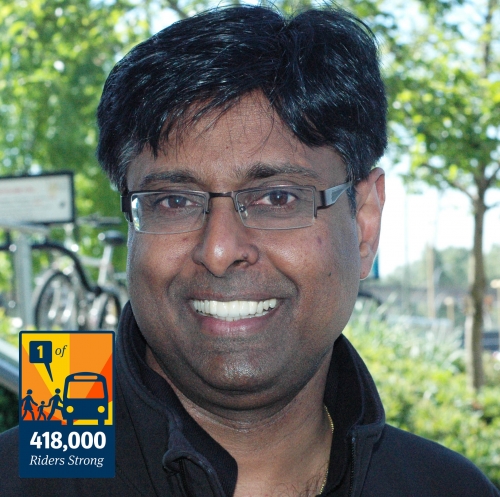 Amand commutes from Victoria to work in Coquitlam. He comes into town on Tuesday mornings and returns home on Saturdays. Although he says he can get to work quicker by driving his car, he chooses public transit because of the cost. “The main reason being it’s a lot cheaper—although it’s time consuming—but definitely a lot cheaper than taking the vehicle over,” says Amand.

In all, Amand takes three buses and two SkyTrain trips, between one-and-a-half to two hours, to take Amand from Tsawwassen Ferry Terminal to his place of work. 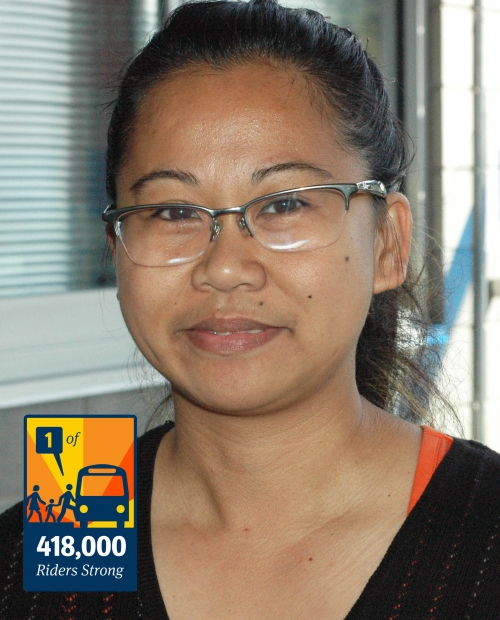 Ecil says she takes both the bus and SkyTrain roughly three to four times a week to go to work in the health care industry. On the day I spoke with her, she took a bus to the station so she could hop on the SkyTrain and go downtown with her two-year-old son to walk around and enjoy the day. 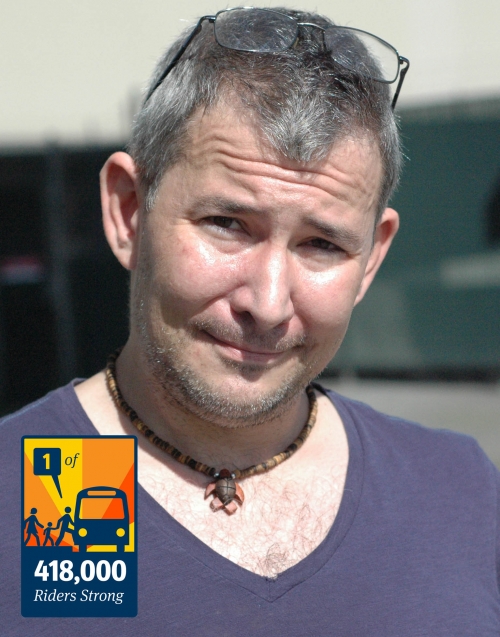 Jason is a nurse who takes the 555 roughly four times a week to Carvolth Exchange.
Travelling from the Burnett Avenue area, he takes either the 155 or 156 to Braid Station where he connects to the 555. He likes the 555 service and reads over his work notes or the newspaper while he commutes.
Amand, Ecil and Jason are three different users of Metro Vancouver’s transit system with three different stories about moving around the region using public transit.
There are 418,000 stories to be told about how people in Metro Vancouver use transit. Are you one of the 418,000 people using transit today? If so, why do you use transit over other modes of transportation? Are your reasons different from those of the transit users above?
Robert Willis is a Communications Advisor for TransLink. He looks after digital communications including social media for the organization. He’s also the editor of the Buzzer blog and newsletter. This post was written with the help of SFU TransLink Communications intern Allen Tung.
Read More:
Share on Facebook Share on Twitter

Game of Thrones S04E06 recap and review: 'The Laws of Gods and Men'