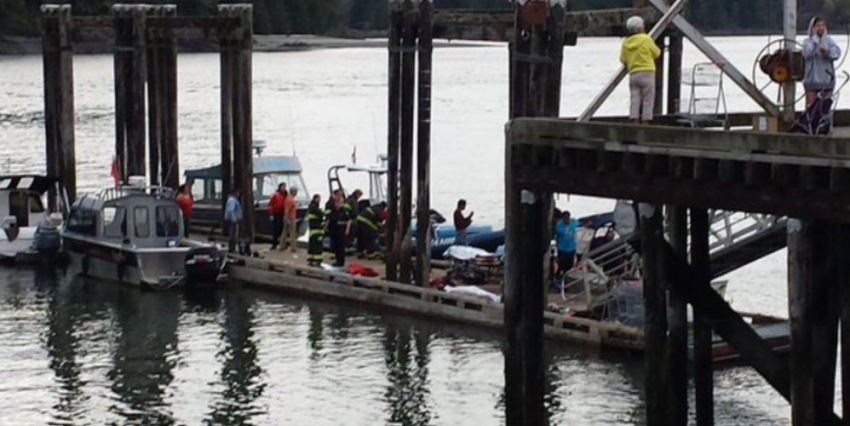 A whale-watching boat carrying 27 people sank off the coast of Tofino, B.C., on Sunday afternoon.

Jamie's Whaling Station, a Tofino-based tour company, did not confirm how many survivors and fatalities there were in the incident, and told CBC News it was busy rescuing passengers and crew members.

As of Monday, five British nationals were confirmed dead and one person is missing, with a search to resume at 7 a.m. Members of the Ahousaht First Nation responded to a flare and rescued many people from the boat, according to Global News.

The boat reportedly sank near Plover Point, on Meares Island.

Tofino is one of three locations, including Vancouver and Comox, where Coast Guard communication centres were targeted for closure by the Harper government.