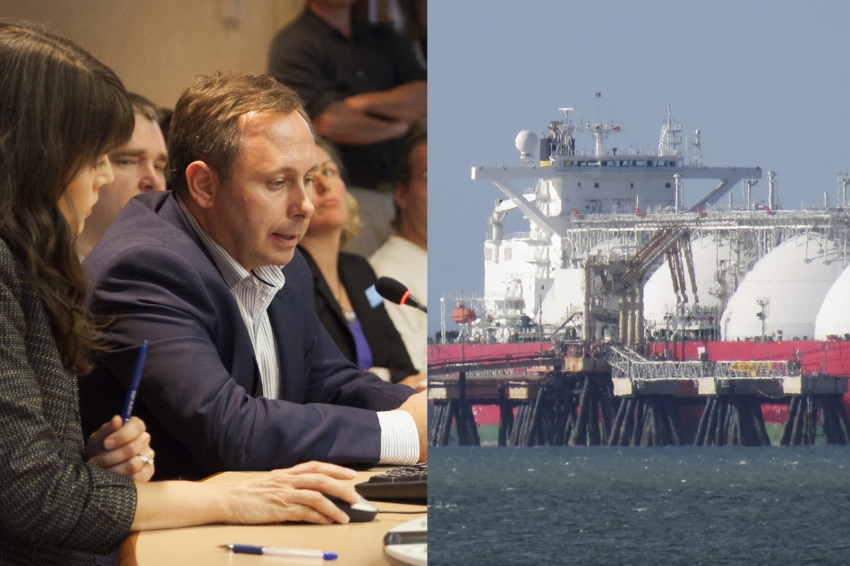 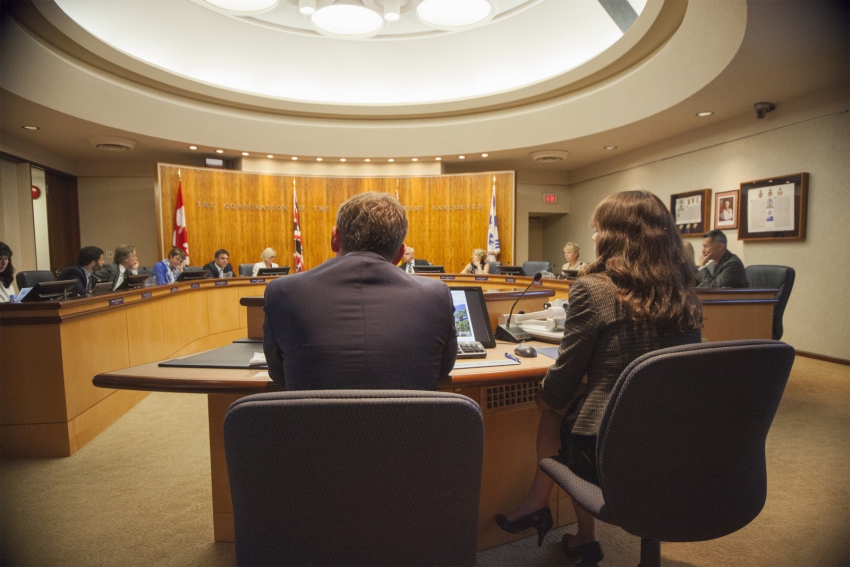 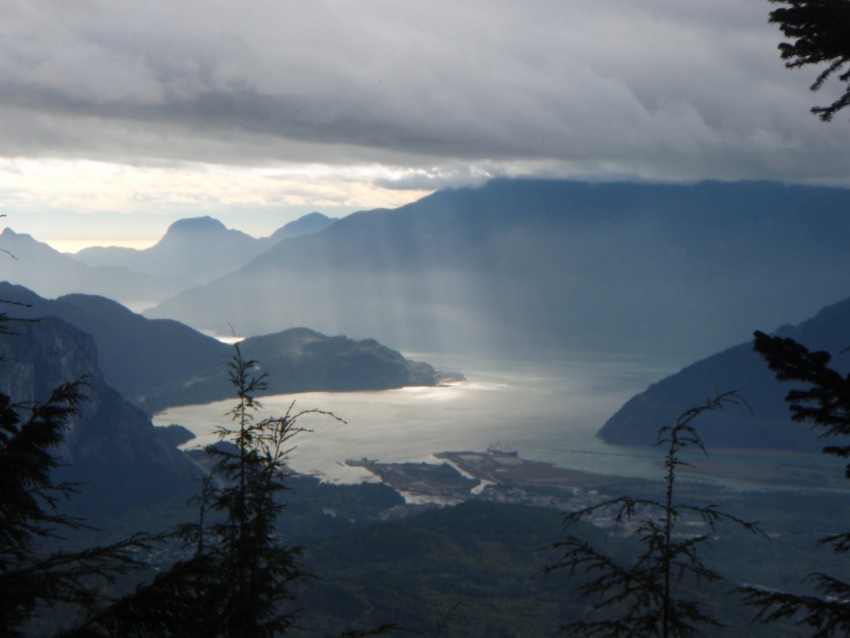 “There’s a lot of opposition to this,” said Coun. Mary-Ann Booth, a lawyer, who said she has received well over 100 e-mails from residents about the project.

“For the risk associated with this, and the impact to that area, [all] for dozens of jobs?”

“You haven’t convinced me,” said Booth.

“I’ve been involved with delivering LNG ships for many years, and I can tell you they are one of the most sophisticated designed ships that there is sailing,” the executive told the chamber.

"We strongly believe the risks of operating LNG ships in the Howe Sounds [are] very small,” added Brigden.

The project, if built, would be a small-scale LNG plant in the Squamish area, and is an early favourite for approval, according to industry observers.  40 LNG tankers per year would transit the area’s sea lane, alongside the Sea-to-Sky highway, between Vancouver and Whistler.

But question after question was levelled at Brigden about the plant’s chlorination of sea water, as well as the safety of LNG tankers in a narrow channel already occupied by ferries and recreational boaters.  Howe Sound is only now recovering from decades of industrial impacts from mines and paper mills, councillors reminded.

Even West Vancouver’s Mayor Michael Smith admitted he was not a fan of the petroleum project, despite being a long-time professional with Exxon Mobil.

“In the interests of full disclosure, I have still have contractual relationships with that organization,” said Mayor Smith.

“You can minimize the [industrial] risk, but you cannot remove all the risk,” he said.

Mayor Smith said he personally has combed every inch of southwestern B.C.'s coastlines in his zodiac boat, and said Howe Sound deserves protection.

“I have to say after 25 years of exploring all that geography, Howe Sound is pretty special,” said the Mayor, to a round of applause from a packed and overflowing council chamber.

“The location, next to a major city, with recreational opportunities that close is really unique,” he added. 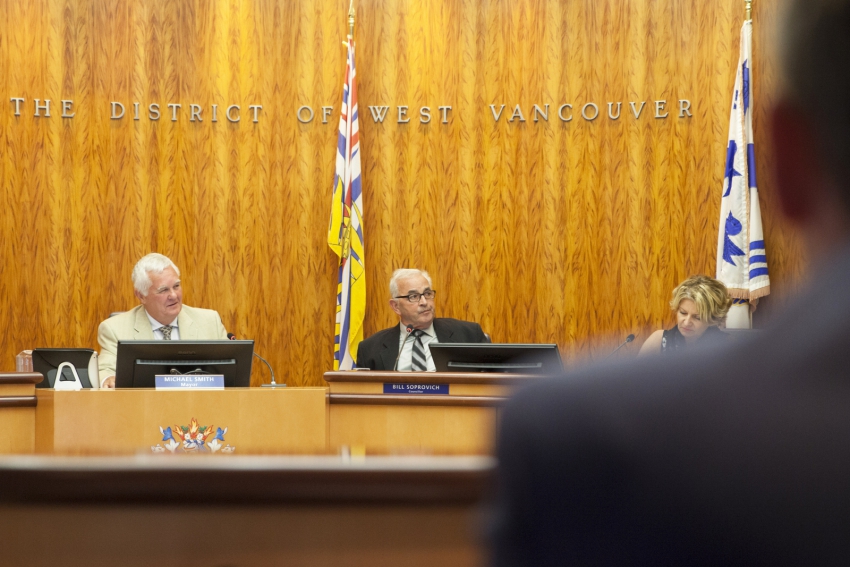 The Woodfibre executive said LNG projects near major cities was not something new.  He showed photos of similar terminals in Boston and Tokyo that have operated for years without incident, he said.

Coun. Booth then accused Brigdon of “side stepping” questions about the project’s water pollution concerns.

“I am going to ask some questions, that I would appreciate direct answers to.  Otherwise it’s a waste of council’s time to have you here,” said Booth.

Woodfibre revealed its plant would process 17,000 cubic metres of seawater per hour – a volume equal to 6.8 Olympic size swimming pools.  Its discharge would add .02 parts per million of chlorine – roughly 100 times less than chlorine than that added to drinking water, said Brigden.

Open letter to West Vancouver Council: stick to your ban on LNG tankers