"We have good reason to be concerned - this is a volatile, dangerous cargo," Councillor Bill Soprovich said. 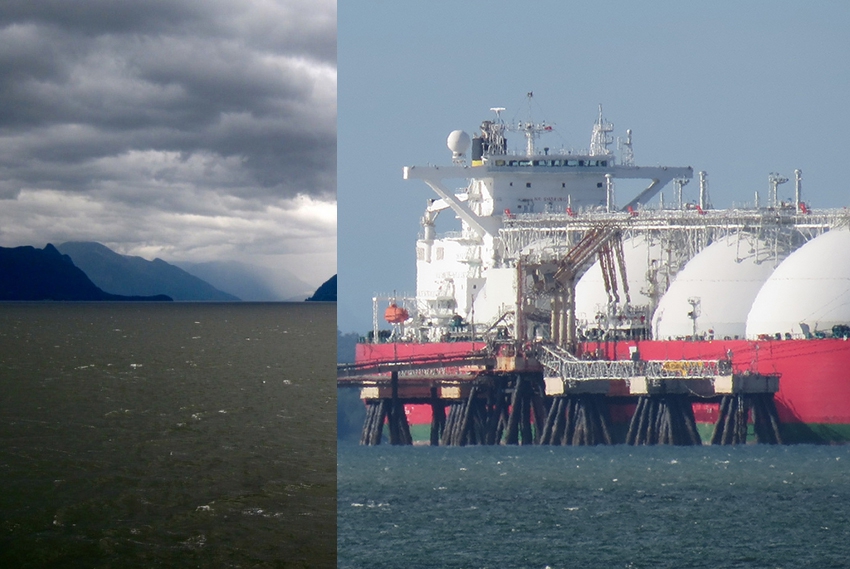 The motion takes aim at Woodfibre LNG, a $1.7 billion LNG facility in Squamish that would ship 40 LNG tankers to Asia every year. It was passed on July 21, after Council heard from a delegation about the potential environmental impact of a large LNG plant on Howe Sound.

"We have good reason to be concerned - this is a volatile, dangerous cargo...We should pull all stops out to prevent this (plant) from being placed at Woodfibre," councillor Bill Soprovich said, to loud applause.

The motion called on federal government to ban the passage of LNG tankers in the waters of Howe Sound.

Eoin Finn, a retired KPMG partner and Bowyer Island resident who presented to the council, welcomed the news, saying that other councils, including the village of Lions' Bay and the Sunshine Coast Regional District are also against LNG tankers in Howe Sound. He said Woodfibre LNG threatens to turn Howe Sound into a "marine desert", with 17,000 metric tonnes of chlorinated, desalinated water from gas-cooling being poured back into the marine environment on an hourly basis.

"It will be heated water, because it's used in the cooling process," he said. "They say it will be put back into the sound at 10 degrees warmer than it came in. It's pretty serious."

But not everyone agrees with the opposition. Some say more information should be gathered before taking a position on the project.

"Maybe I'm a minority of one, but I like to get both sides for a decision," West Vancouver Mayor Michael Smith said. "I think we need more information...the bottom line is we need more economic activity. It's always been my experience that left-wingers are nowhere to be seen when it comes to creating economic wealth and somebody has to. So I always think we need to recognize that we need business, we need industry, and we live on a  port. We need things to be shipped out of the port."

But the Mayor did vote in favour of the motion, as did the entire council. He said West Vancouver needs to be included on any environmental assessments regarding the tankers and the Woodfibre plant.

Smith said he is concerned about preserving the coast along Howe Sound environment, which has recently recovered to the point that dolphins can be sighted in the area.

"As the mayor of West Van and a boater, I would want to make sure that the spectacular marine environment there is preserved. I think what we need is more information and some guarantee that whatever is proposed is the right thing for Howe Sound, and that it can be done safely."

Woodfibre LNG's website outlines economic benefits resulting from the project in the area, including an estimated 500 jobs during construction, and 100 full time jobs for over 25 years, as well as office administration positions in Squamish and Vancouver.

Finn stressed that the tourism economy in areas surrounding Howe Sound may also be damaged by the LNG plant, cancelling out its benefits.
"We have a 1.4 billion economy in the Howe Sound-Whistler corridor. Any damage to that is going to be extremely harmful for the tourism economy," he said. "Tourists are going to say, if I wanted to see a smoggy city environment outside my window, I could have stayed home.
Any damage to that is going to be extremely harmful. Supernatural BC and Super-industrial BC don't mix."
In Squamish, councillors started expressing interest in adding the Woodfibre LNG project to the municipal ballot. Finn said opposition to the project was not limited to environmentalists and activists. He believes based on the hundreds of comments on the Woodfire LNG plant on the Environmental Assessment Office website, a significant portion of Squamish would reject the project.
Woodfibre LNG was reached for comment, but did not respond before publication. The company's communications manager, Marian Ngo, wrote in an email to Northshore News that news of the motion was "unfortunate," and that Woodfibre LNG would welcome the opportunity  to "correct misinformation" in the future. Mayor Smith said the company has contacted West Vancouver, asking for a time to present more information to the council.
Read More:
Share on Facebook Share on Twitter