“They’re trying to attack us and it’s backfiring.  In fact, they’ve brought us more support – ten fold,” said one of the Kinder Morgan lawsuit defendants. 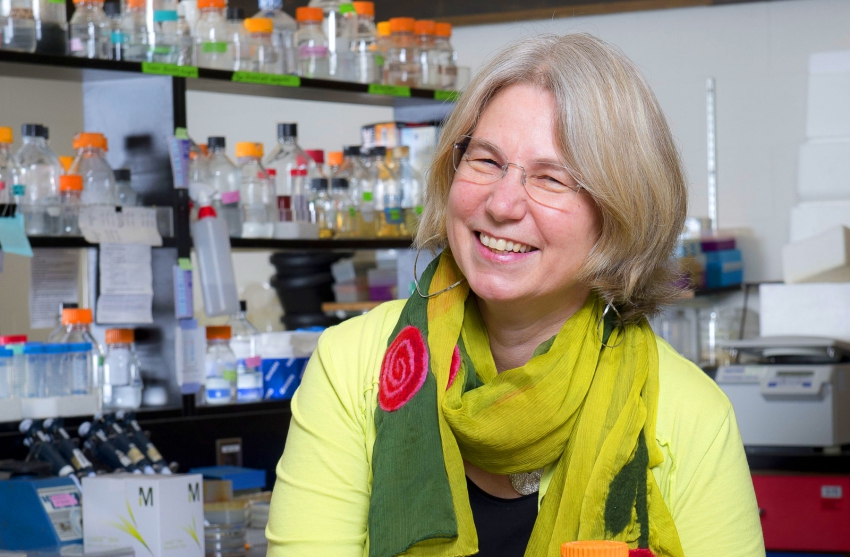 They would hardly describe themselves as radicals: two SFU professors, a retiree, and an administration worker among them.  But all were hit by a multi-million-law suit last week by Texas-based Kinder Morgan for claims they are thwarting pipeline survey work on Burnaby Mountain, and all will have to defend themselves in a courtroom hearing resuming Wednesday.

“I don’t think they could’ve bought themselves worse publicity,” she said Tuesday.

On a typical day, you might find the scientist at a Simon Fraser University lab with her grad students using microscopes to look at what she calls "pond scum."  She studies genes that may unlock the mysteries of polycystic kidney disease.

She jokes that she has no criminal record, and has not been the target of a terrorist investigation that she’s aware of.

“I’m not some extreme radical – just a regular citizen,” she says with a laugh.

“I still believe in justice and democracy.  That’s why I was so shocked by this.  I didn’t think such a thing could happen in our country.”

Kinder Morgan’s lawyer, Bill Kaplan, told the B.C. Supreme Court on Friday that the long-time scientist was named in the multinational corporation's claim because she published an op/ed in the Vancouver Observer stating her willingness to be arrested to stop the Trans Mountain expansion pipeline.

Quarmby says she stands by that – “civil disobedience means peacefully putting your body in the way of an unjust event, and an unjust law.  And I was 100% prepared for that.”

The thing is, though, she says she hasn’t done much yet.

She hasn’t  put herself in front of company crews or been physically obstructionist.  Quarmby believes she was targeted because she’s dangerous from a PR perspective: a bright, mild-mannered, law-abiding professional willing to stand up to the company.

“Maybe it’s because I’m reasonable and level and just speaking about the scientific realities of climate change.”

“I am writing and speaking at rallies, and maybe they feel like I’m starting to get people’s attention about this issue.  They don’t want people to pay attention to climate change, that’s for sure.”

“And I’ve been talking a lot about climate change,” she said. 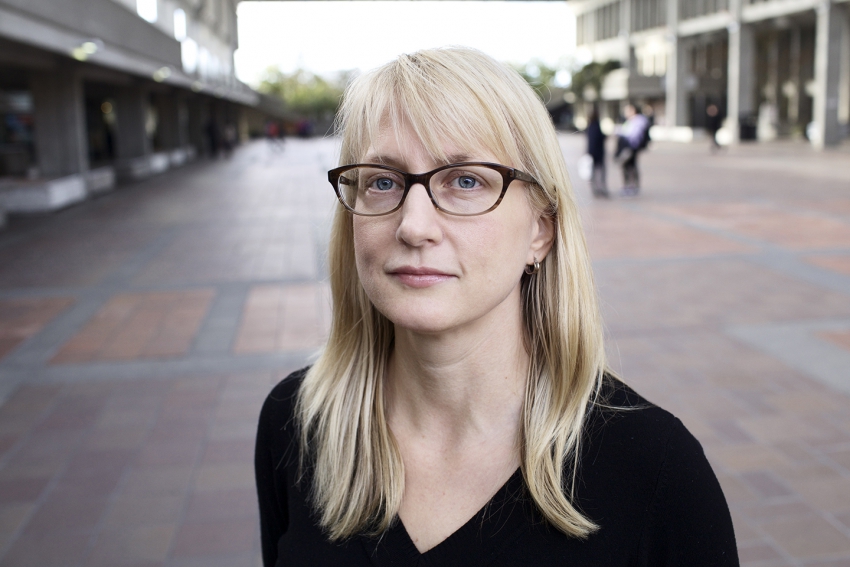 Another defendant is SFU administration worker Mia Nissen. She, along with fellow defendant Adam Gold, are activists who chained themselves to Chevron’s Burnaby refinery in May.  The court will hear more specifics about why the pair were named by Kinder Morgan.

But Nissen hardly considers herself a “ring leader” among those attending to Burnaby Mountain, whose numbers are starting to swell, and include guitar players and seniors holding coffee mugs.

“So they think there’s a hierarchy, right?” said Nissen on Tuesday.

“They’re singling out Lynne, Stephen [Collis], myself and Adam.  They think we operate under the same hierarchical system that they do, but we don’t.”

“They’re trying to attack us and it’s backfiring.  In fact, they’ve brought us more support – ten fold,” she added.

NPA's Kirk LaPointe comments on his relationship with Kinder Morgan