Gerald MacBurney, a former tailings foreman with Imperial Metals, said he's concerned about the sediment lining the pond’s floor. “That’s where all the nasty stuff is,” he said.

Residents in Likely, B.C. are concerned about drinking water affected by Mount Polley mining waste even after a water use ban was lifted for areas downstream of Quesnel Lake. The ban was put into effect on August 5, 2014, one day after the tailings pond at Mount Polley mine breached, sending billions of litres of mining waste into Hazeltine Creek, which feeds Quesnel Lake and Quesnel River.

The water advisory, released by the Cariboo Regional District, previously recommended not drinking water in the Quesnel Lake, Cariboo Creek, Hazeltine Creek and Polley Lake areas and extended down the entire Quesnel and Cariboo River systems to the Fraser River.

On Saturday, the ban was lifted for areas south of 6236 Cedar Creek Road in Likely along the Quesnel River which flows north to Quesnel.

“They lifted the water ban, but I don’t know a lot of people who are going to drink that water,” Kyle Giesbrecht said. “I’m not drinking it.”

Giesbrecht, who works for PD Security, has been manning overnight shifts guarding the water supply provided to Likely residents by the Cariboo Regional District.

According to PD Security head of operations, Rick Honey, the water provided to Likely is guarded 24/7 and will be for an unspecified amount of time.

“The idea is that they don’t want anyone messing with the tanks,” Honey said.

“A lot of people are really upset about what’s going on. Most of them are retired,” Giesbrecht said.

“Most people moved out here for their little piece of heaven and now they’re worried that heaven will be gone. They’re worried about the water.”

“They’ve lifted the ban on the water here, for the river, because…it’s classified as drinkable. But they’re not sure how long it’s going to last or if it will last.”

Even though they call it drinkable…I still don’t. I don’t trust it. Eventually those chemicals will come down,” he said. “It’s just a matter of time.”

“Unless they’re testing every single day, that’s what we don’t know.”

Residents are free to take as much water as they need and temporary showers have been installed for use by residents. 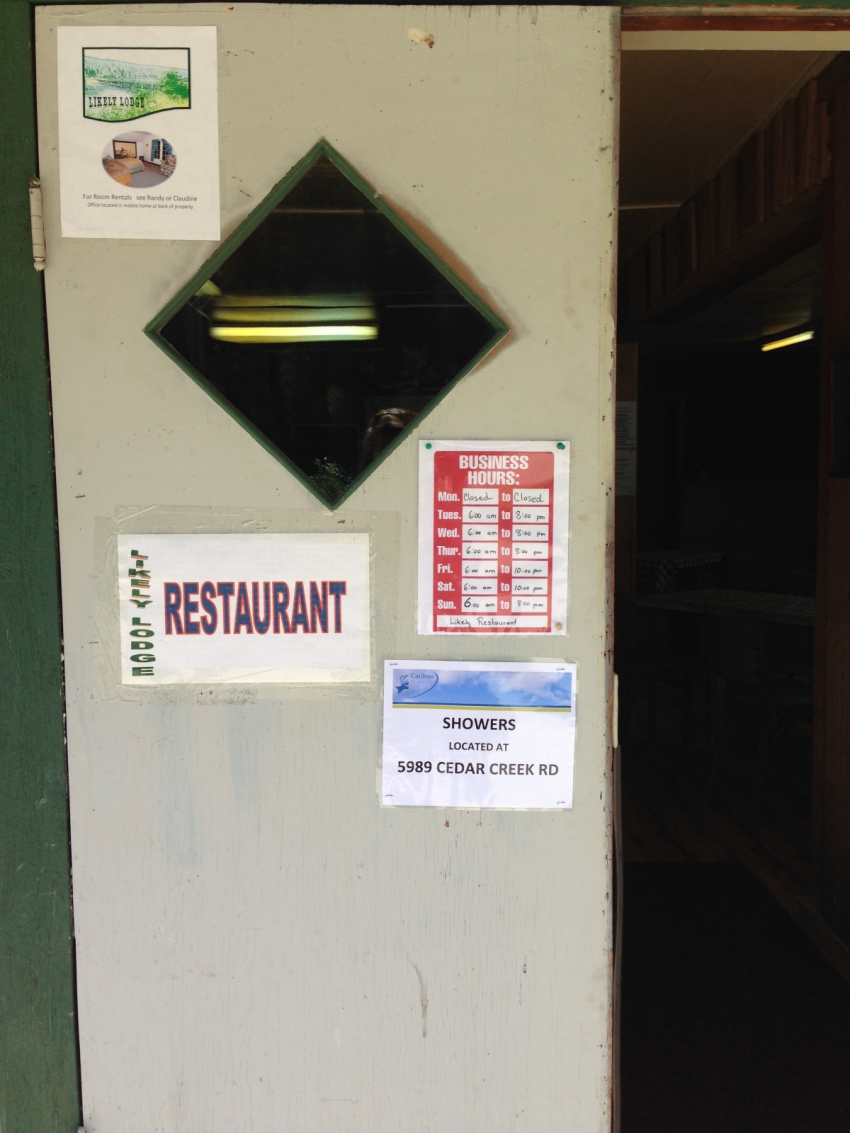 Gerald MacBurney, a former tailings foreman with Imperial Metals, the company operating the mine, said he isn’t as concerned with the water that escaped the tailings pond as he is with the sediment lining the pond’s floor.

“That’s where all the nasty stuff is,” he said. “I don’t know how many hundreds of tons of scrap went into the lake because it’s hidden, but it’s the whole hillside that is going to drain in there."

Paddy Smith, a fisheries biologist with Cariboo Envirotech, said contaminants like mercury can affect a waterbody in unpredictable ways for years.

Fish is still highly contaminated with mercury in Jack of Clubs lake where mercury pollution from a gold smelter near Wells, B.C. occurred over half-a-century ago.

“There’s mercury here,” he said of the recent tailings pond breach. “They’ve got to monitor the fish populations, and the bottom feeders because – where does it go? – it goes to the bottom.”

“But [the spill] will be old news by the time any of those things occur here,” he said. “Those long-term issues sort of get forgotten.”

Another local, Denise Carlson, said she’s grateful her property is on well water.

“I personally wouldn’t drink [local water] but Health Canada says it’s okay. I know there are people on [Quesnel] lake who say they’re not going to drink it. They [the CRD] is continuing to bring in water but those people out of the ban, they’re also not using it to my knowledge.”

“Nobody knows enough about what’s in that water.”

“Out of sight, out of mind,” Carlson said, echoing concerns the long-term impacts will be overlooked.

“And the thing is the government and the mine are going to work towards that mentality – to make everybody forget,” she said.

Other local business owners declined to comment on the issue. One individual who did not want to be named said having an opinion on the contentious issue could hurt sales.

This article is published as a part of a joint-venture between the Vancouver Observer and DeSmog Canada.