Want to see more of the same? Vote for me, says Vancouver South MP Wai Young 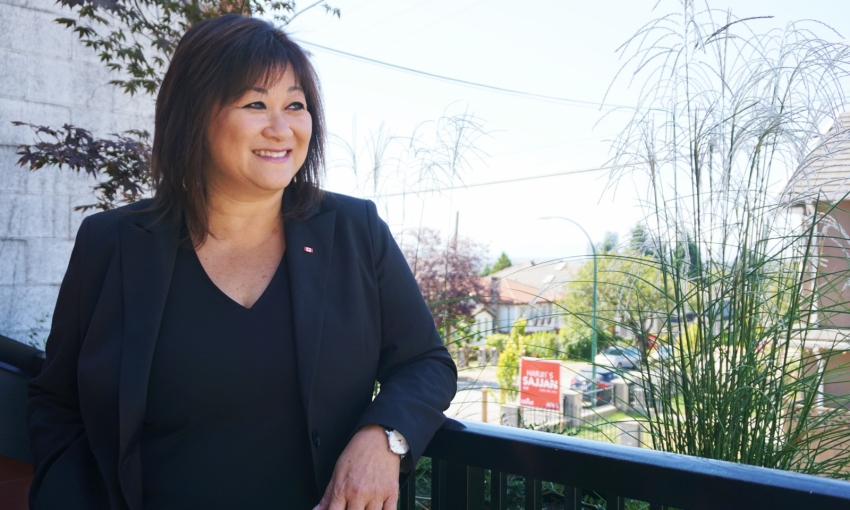 Wai Young is the Conservative MP for Vancouver South and the party's federal candidate in the 2015 election. Photo by Elizabeth McSheffrey.

“At the end of the day, you have to know who you are and why you’re running,” says the Vancouver South MP, who wants to retain her seat in Canada's 2015 federal election. “I took the leap into public life because I really wanted to bring my experience in the community and in dealing with complex issues to Ottawa, and be a voice (for the riding).”

Young was born in Hong Kong and immigrated to B.C. at a young age, where she quickly became involved in her Vancouver South community. In her early school years, she was a crosswalk attendant, librarian’s assistant, and mentor to a girl with special needs.

“It’s always been a passion of mine to serve my community,” she says, smiling in the backyard of her Fraser Street office. “The families here —  they’re regular people, they work hard, and they are lovely, lovely people.”

With strong encouragement from friends and mentors, Young sought election under the Conservative Party banner in 2008. She lost by a mere 20 votes, but after running again in 2011, became the first Conservative MP elected in Vancouver since 1988.

During her time in the House so far, Young helped deliver $2.5 million for the South Vancouver Seniors Centre, $220 million for local infrastructure projects, and establish North America’s first Renminbi Trading Hub in Canada.

She was elected as co-chair of the Canada-China Legislative Association, and served on the Public Safety and National Security, Transport and Infrastructure, and Status of Women standing committees.

“I think we’ve been providing great service to our constituents over the last four years,” she says. “That’s what I want to work on, it’s been my passion over my career, and if people want to see more of the same, then they’ll vote for me.”

In tough financial tides all around the world, Young says the Conservative Party has kept Canada afloat through unwavering leadership and commitment to security. If re-elected, she promises to continue fighting for safety, job creation, and affordable housing in Vancouver South, which she calls “key tenants” to a diverse and healthy neighbourhood.

Young encourages voters to stay the course in these waters and vote for proven results at the federal level. She continues to reference the prime minister's legacy of "strong economy," "strong leadership," and "stability."

“What I think we bring to the table is more of the same in terms of stable government,” she explains. “What I’m hearing at the doors is that people are really happy about the fact that Canada is not Greece.”

Learning from the community

Young considers herself "very fortunate" to have represented Vancouver South once already, and has learned a lot from her "journey" as its MP. She still believes however, that some of the greatest lessons she has ever learned have come from within the community and her very own home.

“One of the things I’ve been most proud of is being a foster mother and helping to guide some of the young people that have been in my care to succeed in their lives," she explains.

The experience has given her a "real dose" of what it takes to raise a family in Vancouver, and the challenges faced by children and families within a bustling urban environment. All of it has made her a better MP she says, and helped her serve her constituents in a more meaningful way.

“I think that I’m actually really happy in where I’m at with the different projects and community initiatives," she says. "It’s that desire to see families and new immigrants succeed that drove me to run in politics and to also want to continue, because we’ve been able to accomplish a number of things and to see some of them continue.”