Serious water restrictions may seem like a freak occurrence but it's time to get used to turning off the taps. 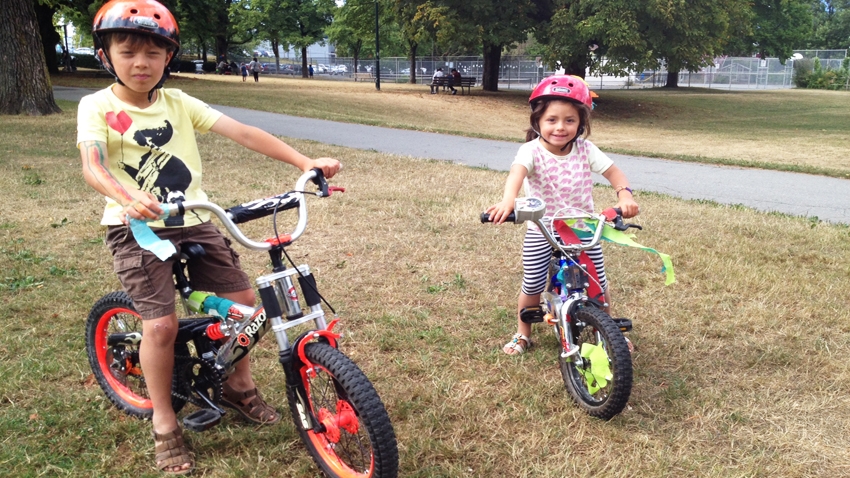 Vancouver, often admired for its lush greenery and occasionally mocked for its torrential rain, has turned a dry, dusty brown as a savage drought sweeps Western Canada. And as residents adapt to the harshest water restrictions imposed in 12 years, experts and officials warn it's time to get used to turning off the taps.

When asked how the province stacks up to other parts of the world in terms of water conservation, University of British Columbia watershed management professor Hans Schreier doesn't mince words.

Canada as a whole, not just B.C., is the second-largest water consumer in the world after the United States. Each Canadian uses about 350 litres of water a day, compared to a European who uses about 150 litres.

But British Columbians have long been overusing and under-valuing water, Schreier says. New legislation to replace the 1909 Water Act is finally set to take effect next year and will regulate groundwater for the first time in the province.

"There are going to be more floods and more drought," he warns. "We should start thinking about adapting to these conditions."

This week, Metro Vancouver — a region that includes Vancouver, Surrey and Burnaby — issued Stage 3 water restrictions for the first time since 2003, requiring residents to quit watering their lawns (and cars and surfaces) or face a $250 fine.

But Schreier says these restrictions should have been imposed earlier in the unusually hot, dry summer. Further, he says Metro Vancouver could be more innovative with water-saving technology and infrastructure.

For example, he says each resident should have a barrel to collect rain to water their gardens. He adds that low-flush toilets and so-called "purple pipes" that recycle water from sinks, baths and washing machines should be added to all old houses, not just new ones.

Finally, he says all homes should have smart water meters that measure consumption. The City of Abbotsford already uses such a system, which allows it to easily identify and ticket residents who are violating water restrictions.

Metro Vancouver chair Greg Moore says the region has been monitoring water for a century and this week marks only the second time it has had to impose Stage 3 restrictions.

"We haven't seen this type of drought and consumption of water in our history," says Moore, who is also mayor of Port Coquitlam, a suburb east of Vancouver.

While Metro Vancouver has cut its per capita water consumption by 23 per cent over the past 20 years, the region's population is also very rapidly growing, Moore adds.

"Our overall water usage is up, but luckily we're using less per person."

Moore says this week the reservoirs dropped to 69 per cent capacity, levels typically seen at the end of August. The reservoirs have kept up with population growth, he says, but the recent dry spell has created "extraordinary conditions."

Under Stage 3 restrictions, residents can water flowers, vegetable gardens and trees as long as they don't use sprinklers or hoses. Car-washing outside is not allowed, but commercial car washes that recycle water remain open.

Sand-based sports fields can be watered minimally, as can tees and greens on golf courses. Only water parks with user-activated switches like the one in Stanley Park are open.

"There's an expectation from the public that they can recreate, whether it's a sports field or a golf course," says Howard Normann of the Vancouver Park Board. "Our main goal is conserving water."

Normann points out that residents of B.C.'s Gulf Islands conserve water whether it's February or July, and it's time for Vancouverites to become equally water-conscious.

"If you were going to talk to three quarters of the world and tell them that you fill your toilets with drinking water, they would think you were crazy," he says.

"The message is clearly that times are changing. If global warming is having the big impact that it may look like it's having, then we have to be smarter."