Voters discuss how to beat Harper at downtown public forum 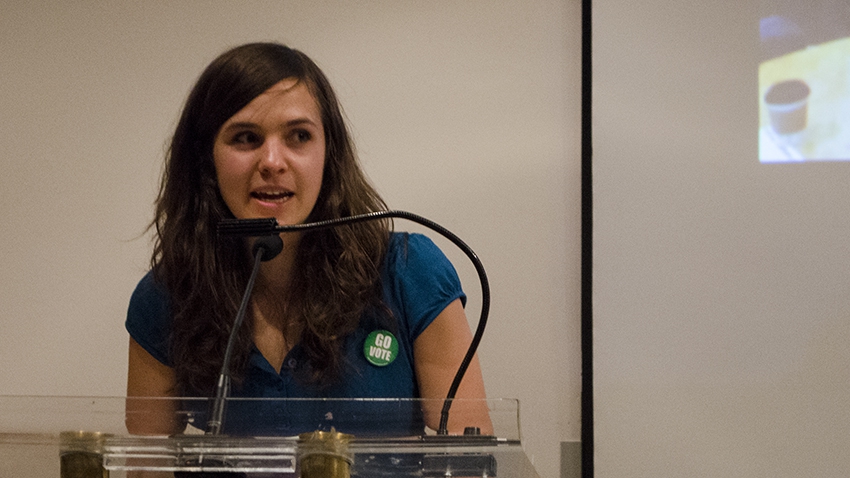 Nine words were enough to get the audience fired up.

“The next vision I have is ousting Steven Harper,” Musqueam Nation representative Celia Point said, eliciting deafening cheers from the audience at an event in downtown Vancouver on Thursday.

At the Go Vote For The Change You Want, a public forum organized by The Council of Canadians, all the speakers spoke about one theme: how to defeat the Conservative government.

The forum was the first stop of the council’s 10-city tour to encourage people to vote on the upcoming federal election.

A panel consisting of Maude Barlow, the national chairperson of the Council of Canadians; Canadian Union of Public Employees’ National President Paul Moist; Grand Chief Stewart Phillip, the president of the Union of BC Indian Chiefs; and instructor and activist Itrath Syed discussed the importance of increasing voting turnout in the election for almost two hours.

Cecilia Point, a representative of the Musqueam Nation, was in charge of the welcoming ceremony. 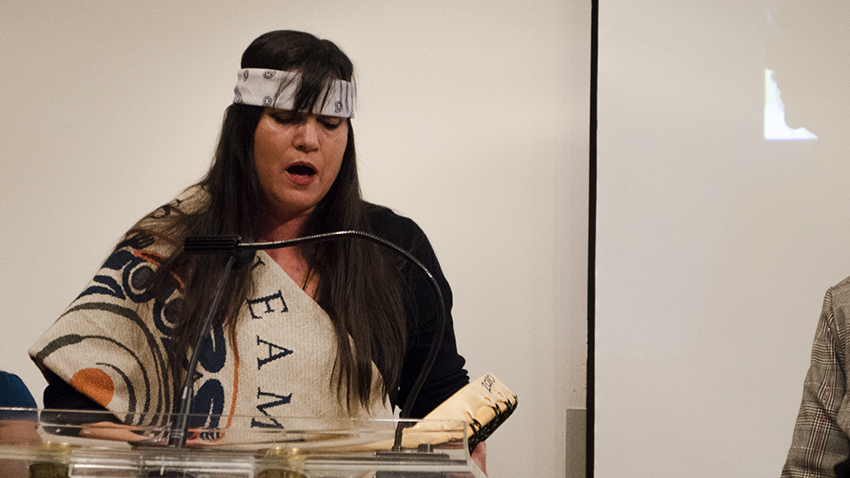 The panelists unanimously agreed that the Conservative majority needs to be taken out of power. Falling wages, health-care privatization, environmental abuse and treatment of First Nations were cited as reasons why they supported a change of government.

But to oust the Conservatives, speakers warned, voter turnout in the 2015 election would have to be substantially higher.

“We have a watershed election coming,” said Barlow. “If people who feel disenfranchised would come out and vote, we could make an enormous difference and elect the government we have the right to demand.”

The question is whether voting behaviour would be any different in this year's election.

After the 2011 vote, Statistics Canada released a study explaining reasons why people didn’t vote in that year’s federal election.

More than a quarter of the eligible electors who didn’t vote said they didn’t do so because they were “not interested.” Another 22.9 per cent said that they were too busy to vote.

Strategic voting not a valid option? 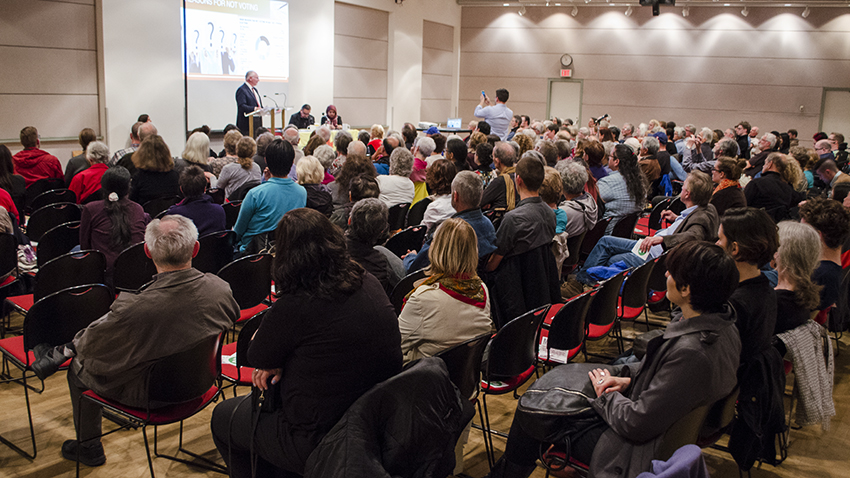 According to Paul Moist, who, in addition to being CUPE's national president, is also a member of the NDP, mainstream media has played a role in fostering people’s indifference towards elections.

“Every day, we’re told who’s on the lead and who’s going to win. Does it matter if we vote? It’s already decided, according to public opinion polls,” he said.

“What is your reaction if you want to vote NDP in Ontario and you see that the Liberals will win all the seats?”

Moist also argued that another big reason why Canadians are not interested in voting is the negative view of politics that strategic voting promotes. He said he opposes strategic voting solely to get Harper out of office because he believes democracy should be about hopes and values.

“We cannot build a democratic movement by encouraging everyone to cast their ballots based on what the ache or what they oppose,” he said. “We will never inspire non-voting Canadians with that strategy.”

“The future of my grandchildren is something that I have a responsibly for,” Grand Chief Stewart Phillip said, during the Q&A segment of the public forum.

His comments appeared to resonate with many of the attendants, who were in their fifties and sixties.

But while many were in support of voting for the future of their children and grandchildren, the younger demographic hasn't shown much interest in going to the ballot box themselves.

Brigette DePape, who rose to fame after holding a sign that read “Stop Harper” during the 2011 Throne Speech, served as a moderator in yesterday's forum. She said cynicism is pulling young voters away from politics.

“There is this vicious cycle in which we feel like politicians aren't listening to us and so we don't vote,” the 25-year-old activist said.

Before the end of the town hall meeting, attendants committed to knock on doors and to rally their friends and family to vote.

DePape said she will focus on getting younger people to vote.

Before coming to Vancouver to moderate yesterday’s forum, she toured universities across the country to empower youth to take part in the democratic process.

“I'm hopeful that we can actually can break that cycle by getting involved and taking action,” DePape said. “If we go out and vote in big numbers in this coming election, we can actually be game-changers.”