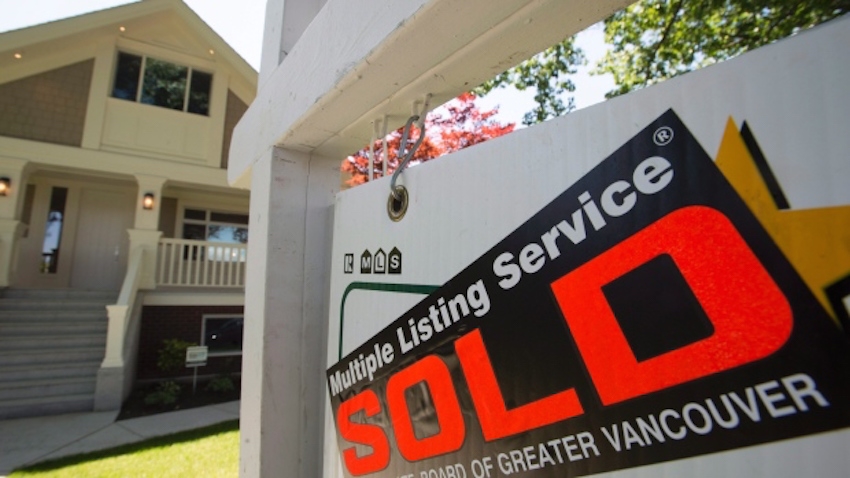 Vancouver home for sale. Photo by The Canadian Press.

Home sales in the Vancouver area tumbled 26 per cent in August compared to the same month last year, as observers say a new tax on foreign buyers accelerated a cooling trend in the market.

The Real Estate Board of Greater Vancouver released the data a month after the British Columbia government implemented a 15-per-cent tax for foreign buyers in Metro Vancouver in an effort to cool down one of the hottest real estate markets in North America.

Dan Morrison, president of the real estate board, said sales have been slowing down for several months. While the tax has added to the downturn, it's hard to say how much, he said.

"There's no question the foreign-buyers' tax is having an effect, and that effect is causing everybody to hold their breath and say, 'What's going to happen?' " he said in an interview on Friday.

"Certainly the first two weeks of this month, we saw a lot of that. However, as the month progressed, we saw it returning more to normal, whatever normal is in Vancouver."

Morrison said the month ended about three-per-cent below the 10-year average for sales in August, signalling a return to historically normal activity after record-breaking sales earlier this year.

While sales were down, the board also reported that the composite benchmark price for all residential properties in Metro Vancouver was $933,100, a 31.4 per cent jump compared to August 2015.

Tsur Somerville, an associate professor at the University of British Columbia's Sauder School of Business, said he doesn't think prices will decline but the rate of increases will slow down.

"I would be astonished if given this dynamic in sales, if house price increases continued at the rate they've been over the last year and a half," he said.

Somerville said it's hard to quantify the effect of the foreign-buyers' tax without new data from the B.C. government, but he pointed out sales of detached homes dropped 45 per cent last month.

Detached housing has been the market that has been completely out of sync with incomes and that was thought to be most favoured by wealthy non-local buyers, he said.

The B.C. Finance Ministry said it expects to release in mid-September the amount of revenue earned from the tax, as well as the number of foreign transactions during the second half of July and the month of August.

New listings in the Vancouver area totalled 4,293 in August, a slight increase from the 4,281 units listed for the same month in 2015. But the total number of new listings was down 18.1 per cent from July.

The real estate board said it is still a seller's market based on the data released Friday.

Royal LePage Realtor Adil Dinani said the impact of the tax is evident in the data, but sales numbers are still relatively strong and underpinned by a booming condo and townhouse market.

Dinani said he is seeing price reductions in detached housing. Investors and speculators are now sitting out of the market, waiting to see the impact of the tax and the ongoing cool-down, he said.

"When the prices are going up, it's easy to jump into the market," he said. "Now, no one really knows what that segment of the market is doing. There's no rush to jump in, because prices may in fact retract."

He said the decline in listings is not a problem because homes are not selling overnight or over a weekend any more. Supply is still down year-over-year, but current conditions are allowing buyers to take time with their decisions, he said.

"I have buyers who can take a moment to rationally make a decision on their purchase, versus literally seeing it on a Saturday or a Sunday and having to decide whether they're going to buy it on a Monday — unconditional with no subjects."

Note to readers: This is a corrected story. A previous version said the city implemented the tax.