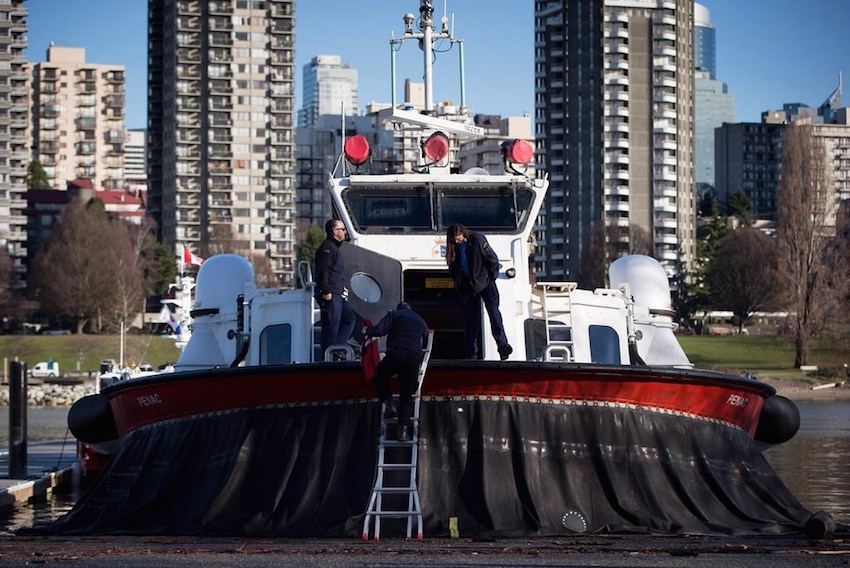 A Vancouver coast guard base controversially shuttered by the previous Conservative government has reopened, but a union spokesman says it lacks around-the-clock rescue capacity. Photo by The Canadian Press.

"The government promised in the election campaign that it would be restored to a full 24/7 search and rescue centre. That's what the union expects to happen. This is not it," he said.

The Canadian Coast Guard has described the opening on Sunday as "soft launch," with a full launch planned for June, but it isn't clear whether it will increase the number of staff or vessels.

The base was closed as a cost-cutting measure in 2013. When a bulk grain carrier spilled at least 2,700 litres of bunker fuel into English Bay last April, city officials complained that the response could have been faster if the base had been open.

Prime Minister Justin Trudeau promised on the campaign trail to reopen the station, and Fisheries Minister Hunter Tootoo vowed in December that it would be an around-the-clock operation. The 2016 federal budget committed $23 million over five years to re-open Kitsilano.

Tieleman said starting Sunday, the station will be staffed by three employees who work eight hours and are on call for 16 hours. While on call, they must be within 30 minutes of the station, he said.

"They are not working 24/7," he said. "If there is an emergency after daytime operating hours, they're on call to go and respond."

Before the base was closed, it was staffed 24 hours a day by a crew of 13, allowing three staff members to be on site at all times, he said.

Tieleman also said the base used to have a large all-weather cutter called the Osprey, but that vessel was decommissioned and sold after the base closed.

The Canadian Coast Guard did not immediately respond to a request for comment on Sunday, but Assistant Commissioner Roger Girouard said in an email to coast guard personnel that officials have worked hard on a tight time frame to get the station ready.

"It has been renovated, and equipment and assets are in place to support 24/7 operations," he said in the email dated Saturday.

Girouard added that the coast guard continued to work on a plan for the station's enhanced marine response capacity, which will include environmental response ability, emergency response training and an exercise program for partners, local First Nations and coastal communities.

Meanwhile, the Canadian Coast Guard is still planning to close a marine communication and traffic services centre in Comox on Vancouver Island, according to the union representing employees there.

Unifor has said that if the Comox centre's closure is allowed to go ahead on May 10, despite the protests of frontline coast guard officers, there will be fewer back-ups in case of emergency.

By monitoring traffic, the centres are the "first line of defence" for mariners in distress or when an ecological disaster strikes, the union said. Over the last two years nine of 22 marine communciation and traffic centres have been closed.