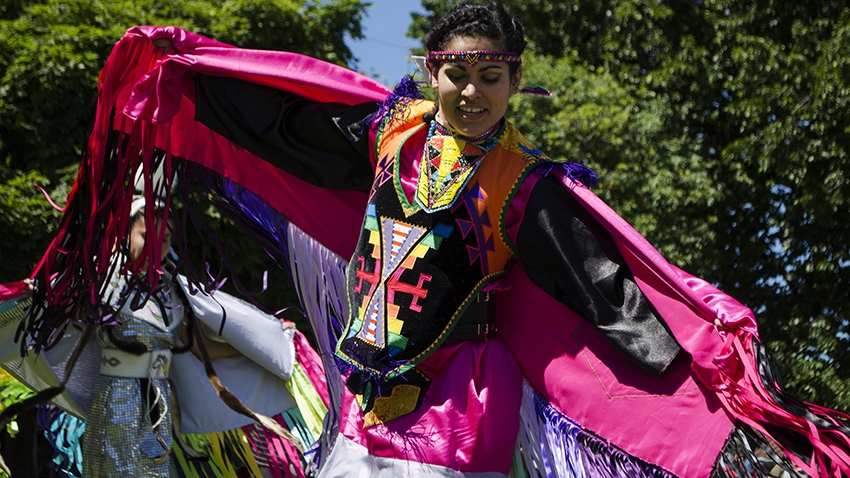 When a voice rose above the beat of the drums to ask: “Who’s proud of being Aboriginal?,” a choir of more than a hundred roared: “I am.”

It was minutes past 11 a.m., and a crowd of Aboriginal people living in Vancouver was making its way through Commercial Drive under the blazing sun on its way to Trout Lake Park to celebrate National Aboriginal Day. 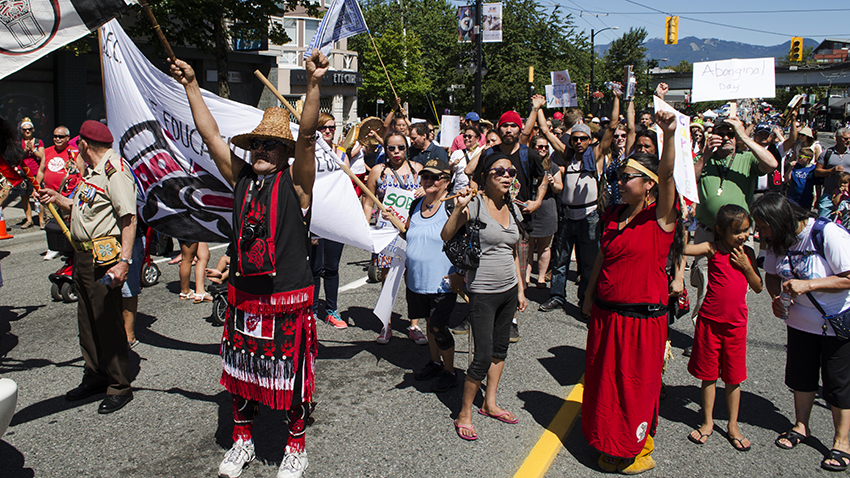 Passersby cheered when they saw them, took out their cell phones to photograph and film them, shared their happiness with them.

For more than an hour, marchers sang, drummed and demonstrated how proud the feel of being Aboriginal.

National Aboriginal Day is celebrated annually on June 21, the summer solstice. It recognizes the cultures of First Nations, Métis and Inuit people, and their contributions to Canada.

For the people who gathered at Trout Lake Park, National Aboriginal Day was an opportunity to engage with Aboriginal culture, and also to celebrate its richness and value.

But this year, National Aboriginal Day also provided an opportunity for Indigenous people to demonstrate how their culture is still alive and thriving, despite systematic attempts by the country to erase it.

The celebration took place just weeks after the Truth and Reconciliation Commission released its 94 recommendations for healing the legacy caused by the Residential Schools System, which the TRC determined amounted to “cultural genocide.”

“Whether we're First Nations, Métis or Inuit, [National Aboriginal Day] is an awesome opportunity to show and illustrate the beauty and diversity of Aboriginal Nations across Canada,” said Caroline Dudoward, a Vancouver resident descended from Tsimshian and Gitxsan First Nations. “It’s also an opportunity for us to get on the same page towards a healthier wellbeing.”

The parade was led by Alex Watts, came to Vancouver seven years ago to put an end to more than 25 years of alcohol addiction following his experience with a residential school.

When Watts was eight years old, he was taken away from his grandmother's care and put in a residential school. He, like thousands of others, was a victim of abuse there. Later, when he was moved into a foster home, he again faced abuse, this time by his foster parents.

He started drinking while in his early 20s to suppress the memories of a childhood scarred with abuse, and quickly found himself becoming addicted.

In Vancouver, Watts was able to recover from his alcohol addiction, and developed an urge to learn about his roots. His abduction from his home during his childhood had left him without any knowledge of the history and culture of the Nisga’a people, his people.

“I used to be called a 'red apple': red in the outside, white in the inside,” he said.

Watts reached out to the Nisga’a Nation’s office in Vancouver, and through acquaintances he met there he started learning about the traditions and culture of his people. He then joined a traditional dancing troupe, with whom he now performs. After finding his identity, he has focused on being “an Aboriginal model citizen.”

“I wear my regalia with pride, I wave the Nisga'a flag with pride, I put my arms up in the air with pride just to let people know I'm still here,” he said. 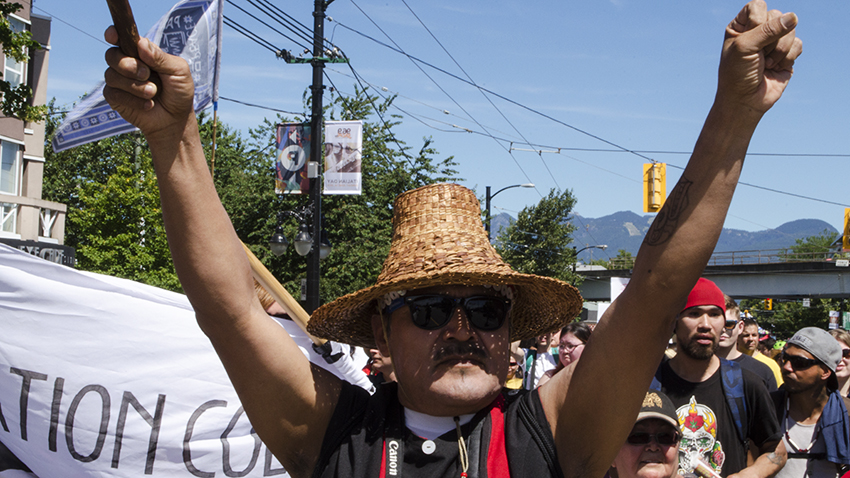 Watts marched in front of the crowd during the Friendship Walk. Waving the Nisga’a flag, he proudly led the 3.1-kilometre march from the Vancouver Aboriginal Friendship Centre to Trout Lake Park.

National Aboriginal Day is important to Watts because it provides him with a vital opportunity to show everyone how the residential school system was unable to permanently strip him from his Aboriginal identity.

“Residential school will always be part of my life because that's the history that Canada brought upon myself,” he said. “So [yesterday was] a very important day because I [wanted] to show people who I am as an Aboriginal person.”

The hundreds of people gathered in Trout Park were treated with an evening that showcased First Nations, Métis and Inuit culture. There were music and dancing performances in the main stage, teepees that featured drum workshops and storytelling, and a vendor zone to purchase Aboriginal arts and craft.

The heavy focus on culture was not accidental. According to Vancouver Aboriginal Friendship Centre Society’s executive director Susan Tatoosh, a big part of celebrating National Aboriginal Day is to showcase that Aboriginal culture is alive and thriving.

“We are able to celebrate because we were able to maintain that culture and those traditions,” she said. “That's why we [celebrated yesterday], because in spite of everything we're still here, and we're going to stay.”

Tatoosh believes that culture and tradition are instrumental for the healing process First Nations people are going through following the release of the recommendations of the Truth and Reconciliation Commission.

Petie Chalifoux, a writer, producer and director of the Driftpile Cree Nation who performed a traditional hoop dance, agrees. She was thrilled to perform the dance because it allowed her to share her culture with people who might not have experienced it before. 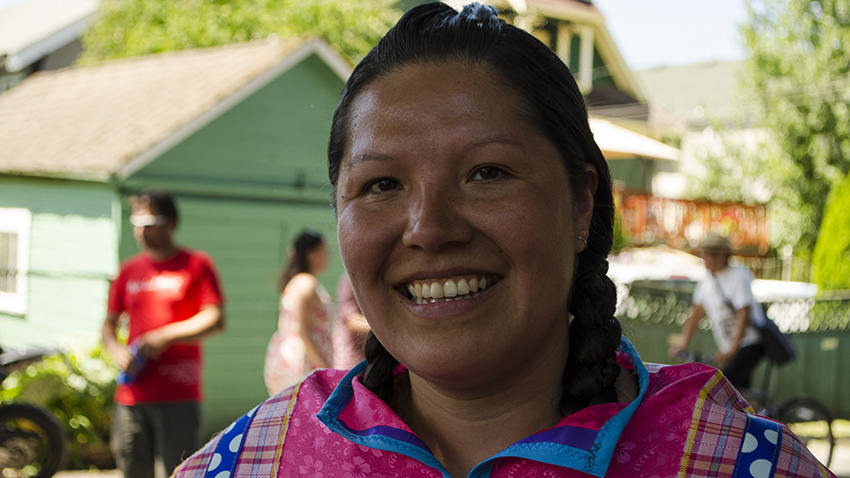 More importantly, she says she dances because her performance can allow Indigenous people who went through traumatic experiences like residential schools to reconnect with the part of themselves Canada tried to strip away.

“I think this is really good and important for a lot of our people to reconnect to the culture,” she said. “And to have people who have lost their culture through residential school or through other difficulties that they went through, this drumbeat brings it back to their hearts.” 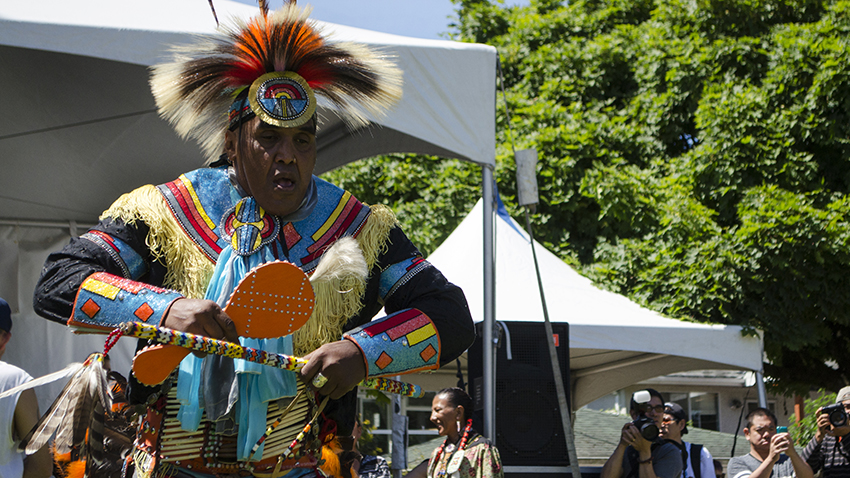