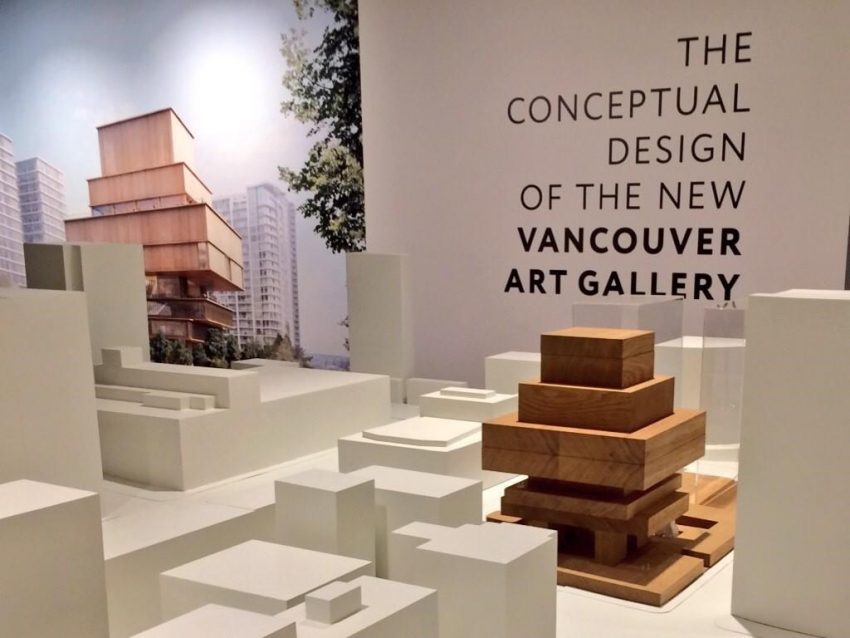 VANCOUVER — If the intention behind unveiling the striking conceptual design for the new Vancouver Art Gallery was to get people talking, then the mission has already been an unbridled success.

Social media was abuzz — with praise, horror and everything in between — after gallery executives revealed the long-awaited design of its new, clearly conspicuous and patently polarizing, 28,800-square-metre facility on Tuesday.

Commentators immediately took to Twitter, tagging @VanArtGallery with comments ranging from "Elegant & love the wood," "Brilliant" and "Finally a building not made of metal and glass. Very exciting!" to "Repulsive," "Super ugly" and "It's a disappointment."

Facebook was similarly aflutter, with one person likening the controversial edifice to "What I leave out for the garbage man on Boxing Day."

The building's design resembles a stack of enormous wooden boxes rising 70 metres above street level in Vancouver's downtown core. The new building would be about six blocks from the gallery's current location in the early 20th-century neo-classical construct that previously housed the provincial courthouse.

The design has prompted a range of look-alike suggestions, from the block-stacking game Jenga to layered shipping crates or shopping boxes, and even the wooden rendition of an Inukshuk — the iconic human-shaped stone figure traditionally used as a navigational landmark in Canada's Arctic.

The proposed wood design is a marked departure from Vancouver's iconic glass-and-metal aesthetic, which one of the project's lead architects said pays homage to the area's natural history.

"When was the last time anyone saw a wooden building go up in the centre of the City of Vancouver?" asked prominent Vancouver artist Jeff Wall, who spoke at the unveiling of the design.

He described Vancouverites involved in the arts as "desperately optimistic" about the project.

Besides exhibition space, the new art gallery will include a 350-seat auditorium, workshop areas, a resource centre and library services, as well as an outdoor courtyard and gathering area.

"Looking back at the last several decades there has been a major shift in how art museums define and enact their missions," said gallery director Kathleen Bartels.

"Today, museums are expected to be places of activity — a gathering place not only for exhibitions and scholarship, but also for socializing, shopping and just hanging out."

Bartels said she expects construction to begin on the new facility in late 2017, in anticipation of a 2021 opening, despite repeated delays that have plagued the project since its kickoff more than a decade ago.

The province and the gallery's board of trustees have so far kicked in $73 million, which is a far cry from reaching the venture's overall price tag of $350 million.

The City of Vancouver gave a significant portion with the contribution of the large lot for the building site.

Tuesday's unveiling marks the launch of the public-fundraising portion of the campaign, which board chair Bruce Wright said he hopes will benefit from the recently announced trustee donation.

"It's very important that the public steps up and supports this project because that's what our senior levels of government are looking for," said Wright.

"We remain extraordinarily convinced that when we show them what the public raises for this project that they will be there," he added.