Mayor Greg Robertson recently asked B.C. Premier Christy Clark to introduce a speculation tax on people who flip homes and on luxury properties — a suggestion that Clark shot down. 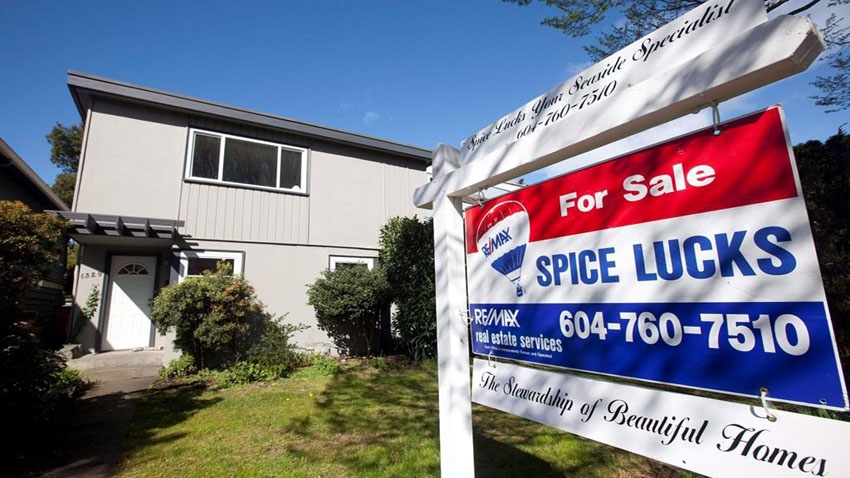 Coming up with hard numbers behind detached home ownership is a puzzle with many missing pieces. Canadian Press photo

Scant data is available on how many foreign investors are snatching up Canadian homes, and experts say the knowledge gap needs to be filled if policy-makers hope to maintain the stability of the country’s real estate market.

Foreign investment has become a hot−button issue in Vancouver lately, with many residents blaming the city’s soaring home prices on demand from offshore buyers who are looking for a safe place to stash their money.

Critics are also concerned that foreign investors are more likely to pull out of the market at the first sign that prices are heading south, which could exacerbate the extent of a housing correction.

Vancouver Mayor Greg Robertson recently penned a letter to B.C. Premier Christy Clark, suggesting the province introduce a speculation tax on people who flip homes and on luxury properties — a suggestion that Clark shot down.

But Cameron Muir, the association’s chief economist, admits that hard data is difficult to come by.

"The data is not being collected, currently, by government," he says.

All of the uproar over Vancouver’s affordability crisis — there is even a popular Twitter hashtag, #donthave1million — has highlighted a national issue: data on foreign investment in Canadian real estate is scarce.

"People are putting forward all these solutions on how to fix so−called foreign speculation, but we don’t even know if it’s really happening," said Kennedy Stewart, the New Democrat MP for Burnaby−Douglas. "This really worries me, because you can really mess up your housing market if you don’t use the right mechanism."

Canada Mortgage and Housing Corp., the country’s leading mortgage insurer, has tried to fill some of the gaps. Last year, while preparing its annual fall rental vacancies report, the agency polled condominium property managers on the percentage of homes owned by investors whose permanent residence is overseas.

The agency was only able to collect data about condos and not detached homes nor other types of properties, while the resulting figures were much lower than many had anticipated.

CMHC’s chief economist Bob Dugan says the agency is looking at ways to expand the scope of its research.

"We’ve got one piece of the puzzle, but we want to explore ways to add more pieces to that puzzle so we can get as complete a picture as possible," he said.

Benjamin Tal, deputy chief economist at CIBC World Markets, says one of the challenges with collecting the data is determining who fits the definition of a foreign investor.

Foreign buyers who have no connection to Canada make up only a small portion of the real estate market, says Tal. More common is a situation where the buyer is based overseas, but the property is occupied by his wife and children, who attend Canadian schools and participate in Canadian society.

"So is it domestic money, or is it foreign money?" said Tal. "The concept of foreign investment is much more complex than perceived."