UPDATE: Lesley Gore, who died today at 68, remembered in 2012 video with Sia and Lena Dunham

Watch Lena Dunham, Tavi Gevinson, Sia singing along to Lesley Gore’s 1964 hit “You Don’t Own Me,” in a get-out-the-vote promotional video from 2012. 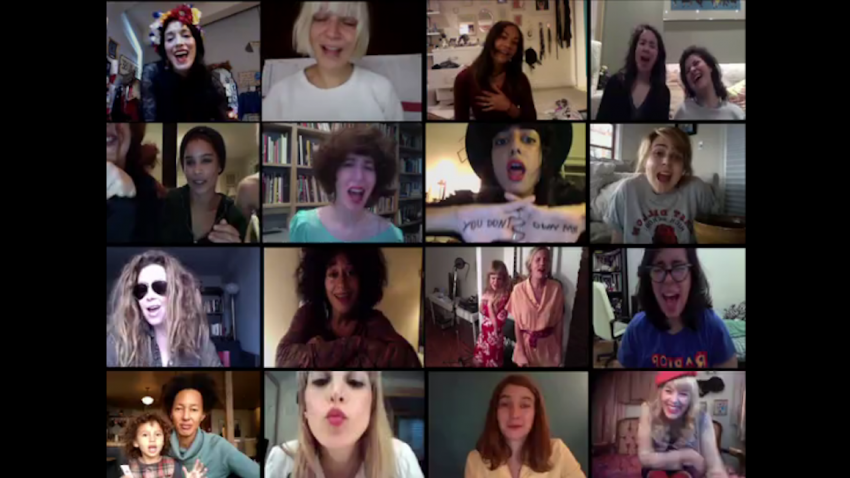 While many remember her 1963 number 1 hit, It's My Party, her most enduring cultural influence came from You Don't Own Me, recorded the following year. That song, recorded by an 18 year-old teenager before the birth control pill was legally available to married women across the United States, became an anthem in women's fight for reproductive freedom for decades.

The Vancouver Observer celebrates Lesley Gore today with a look back to only 2012, when she took part in a get-out-the-vote video campaign in support of women's rights and reproductive freedom with Sia, Lena Dunham, Tavi Gevinson, Alexa Chung and many others.

“It’s hard for me to believe, but we’re still fighting for the same things we were then,” said Lesley Gore in a commentary at the end.

The video’s core message: “We will not go backwards…when women vote women win.”

Gore, who came out as lesbian in 2005, is survived by her long-time partner Lois Sasson.