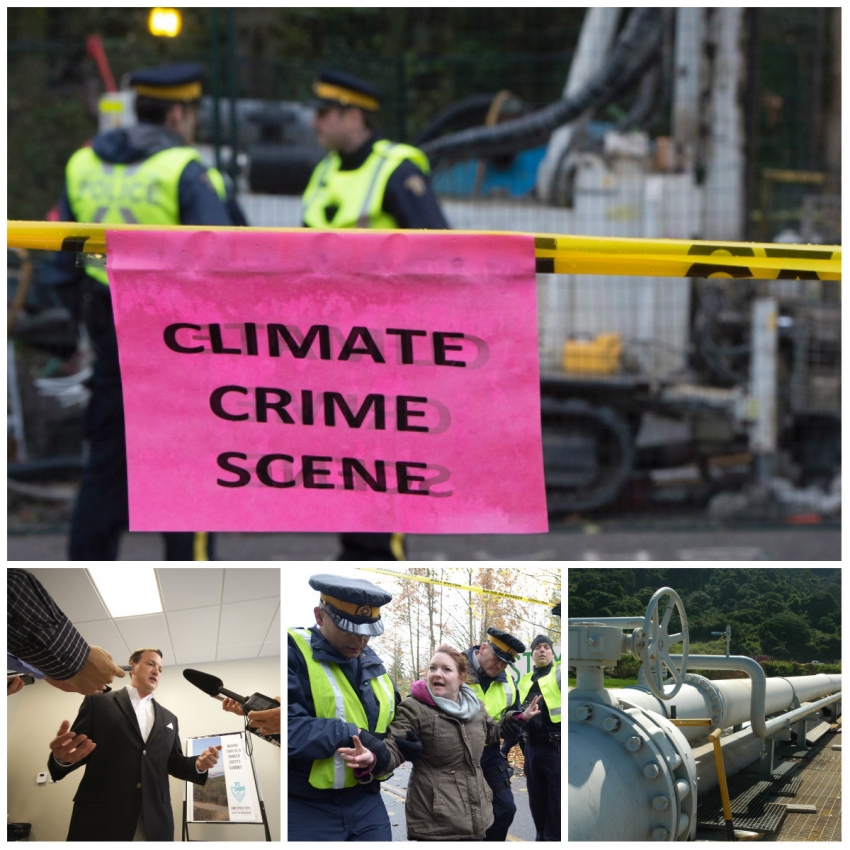 Environmentalists are demanding a complete overhaul of the National Energy Board (NEB) after the Supreme Court of Canada dismissed a challenge on Sept. 10 against restrictions on public consultation in pipeline hearings.

Vowing to take its fight to Parliament after Oct. 19, ForestEthics Advocacy slammed the Harper government’s reforms of the NEB Act as a violation of free speech, by barring scientific evidence of greenhouse gas emissions from hearings on  Kinder Morgan's Trans Mountain Pipeline twinning proposal, limiting the participation of Burnaby residents living near the planned route, and accusing the oil industry of influencing the rules to their advantage by appointing Kinder Morgan’s Steven Kelly as a member.

“We are determined to continue in our efforts to ensure that the current NEB process be shelved so that we can develop fair and transparent processes that let us make real decisions together about Canada's future. Considering the NEB’s most recent fiasco, where they effectively declared themselves in a conflict of interest due to the appointment of a Kinder Morgan lobbyist, we will redouble our efforts and we will ensure the next federal government creates a new and fair process for the evaluation of all pipeline proposals,” said Sven Biggs, campaign organizer for ForestEthics Advocacy in Vancouver.

The City of Burnaby joined the fray last week, calling for Kelly’s complete removal and the formation of a new NEB panel “in order to cure what the Board has referred to as “concerns about the integrity of this hearing process”,” in a letter submitted as evidence on Sept. 4.

The letter stated that the removal of his evidence to the NEB regarding Kinder Morgan was not enough, claiming that it tainted the entire hearing and violated public integrity, further warning that any perception of bias could lead to interveners refusing to take part and a continued lack of public support.

“Burnaby is deeply concerned with this panel and the review process for the project. Burnaby has alerted this panel, on numerous occasions, as to panel actions and decisions that reflect a concern for the needs and preference of the proponent [Kinder Morgan],” states the letter. “This panel has consistently rejected Burnaby’s, and other interveners’ attempts, to ensure the review process is fair and considers whether this Project is in the interests of the broader Canadian public, as opposed to the interest of the proponent and the oil industry.”

According to Biggs, situations like this were enabled by Harper government reforms to the NEB Act, which were included as part of omnibus budget bill C-45 in 2012.

His feelings are backed by numbers: since 2006, half the NEB’s 12 members are oil and gas experts, all of whom were appointed by the Harper government, leading critics to decry it as a “pipeline approval machine.”

At the same time, the NEB Act in its current form permits the public to partake in hearings only as ‘interveners’, who must attend all hearings, assist lawyers, and present evidence at forums, an often-laborious task.

Alternatively, people may be granted ‘commentator status’ allowing them to submit letters of concern like the City of Burnaby did.

Any person, organization, or business wishing to partake in hearings must also prove that they are ‘directly affected’ by the approval or denial of any given project, such as property owners near a pipeline’s proposed route, or show that they have ‘relevant information or expertise’, such as engineers.

Biggs maintained that the conditions on public participation were too restrictive, requiring applicants to undergo an 11-step process to prove that an energy project directly affected them, while restricting involvement in hearings to either full intervener status or passive commenters, with no other levels in between.

One person who felt she had relevant experience was Dr. Lynne Quarmby, federal Green Party candidate for Burnaby North-Seymour, but she said that the Supreme Court turned down her request to appear as an intervener.