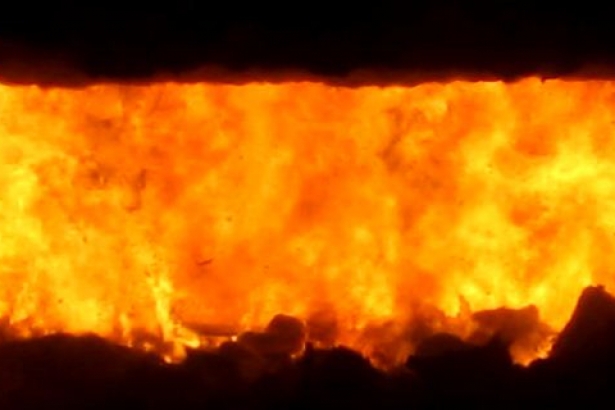 On a cold, wet winter day, an incinerator isn’t that bad a place to work.

The heat from three 1,200 degree fires keeps the Burnaby waste-to-energy facility (WTEF) toasty warm. And aside from the ash covering the railings and floors and the steady plume of smoke from the smokestack, you might not guess that 800 tonnes of garbage gets incinerated here 24-7. 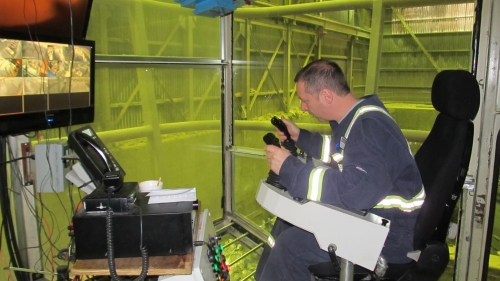 “A lot of waste will be from single family homes so you see a lot of black bag-kind of waste that comes from curbside collection of what comes out of a typical family home, and what they throw in the garbage,” says Chris Allan, Metro Vancouver’s senior engineer responsible for the incinerator. 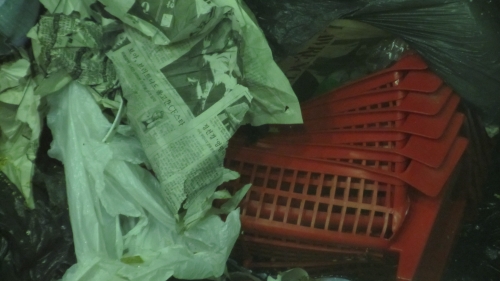 Plastic baskets, newspapers and other debris waiting to be burned. Photo by M.Chisholm.

Paper, clothing, records, plastics and metal. Wood products and other banned materials. These aren't supposed to end up tossed in the waste stream, but some have escaped the inspector’s scrutiny and face a fiery end.

A stream of trucks roll in to dump their loads of garbage for incineration. More than 25 per cent of the garbage collected from the greater Vancouver area is trucked here every year and all of it ends up as smoke, ash and surprisingly, recyclable material. 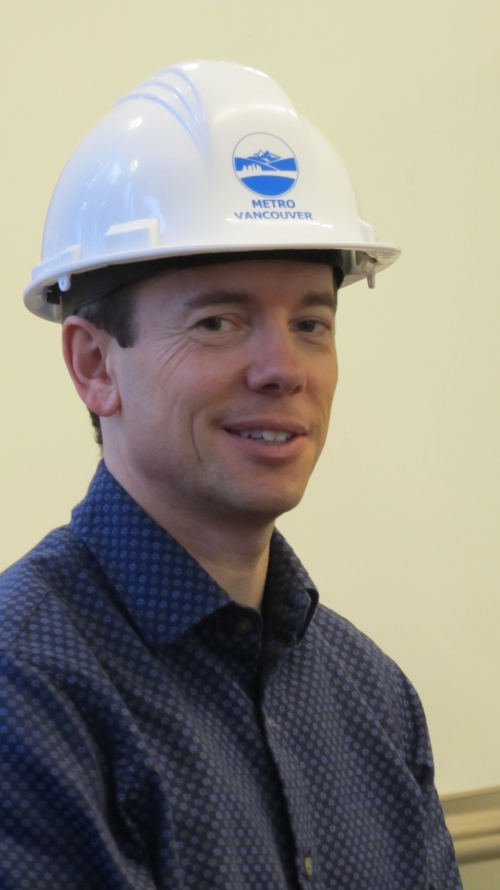 When it comes to recyclable material, “ferrous metals (iron & steel) are a big one. Non-ferrous metal is another recoverable and valuable commodity. And you have bottom ash that can be used for road construction,” says Allan.

Of the 800 tonnes of garbage burned every day, 130 kg turns into grey bottom ash. In 2013, some of that bottom ash exceeded limits for the toxic metal cadmium which is known as a carcinogen. The discovery prompted Metro Vancouver to test the small “fly” ash, which is filtered and then dumped by trucks at the Cache Creek landfill site, about a four hour drive away.  Those tests showed cadmium levels as much as six times the allowable limit.

“We’re still waiting an independent report from the Ministry of Environment that should be out at some point,” says Allan. “Until we see that report we can’t comment on the Ministry’s findings.”

“The bottom ash we’ve worked with the Ministry and we’ve got a detailed set of analysis for testing for monitoring bottom ash, and all the loads that we’ve produced are in compliance with the ministry requirements.”