FOI emails show bureaucrats warned against the controversial grizzly hunt, and were confused if they had the Tsilhqot’in on side. 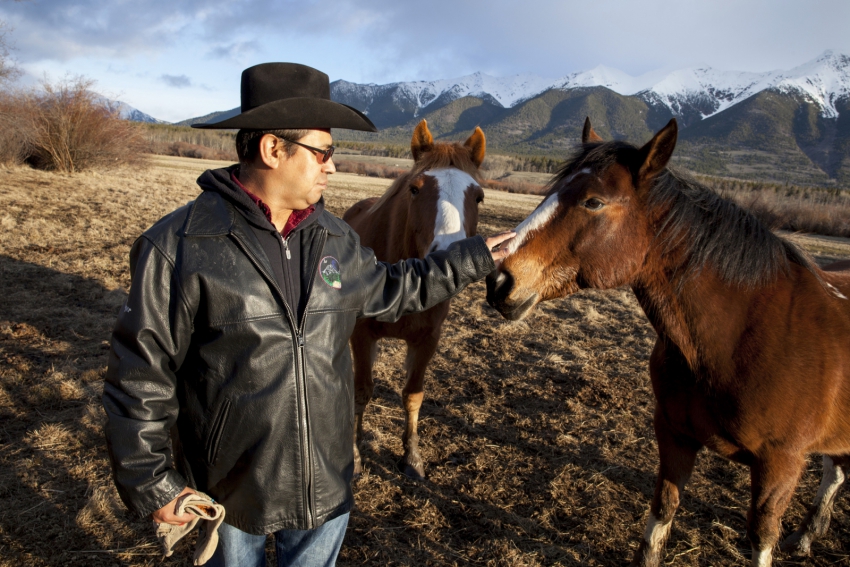 Tsilhqot’in Chief Roger William of the Xeni Gwet'in band with his horses on the footsteps of Tchaikazan mountains in the new Aboriginal title lands in March 2015. Photo by Mychaylo Prystupa.

One of the more legally trailblazing tribes in Canada — the Tsilhqot’in — has just declared the BC Liberal government grizzly hunt as unlawful on traditional Aboriginal lands, the Vancouver Observer has learned.

“The hunt is illegal,” said Chief Joe Alphonse, tribal chair of the Tsilhqot’in National Government on Wednesday from Williams Lake in B.C’s interior.

“If [grizzly] hunters come on to Tsilhqot’in title lands, they better check with us,” he added.

The six Tsilhqot’in bands, fresh off an historic Supreme Court land rights victory, sit atop one of B.C.’s fledging recovery of grizzlies.  The landmark ruling last summer requires outsiders to gain the consent of First Nations before impacting traditional territories, including its wildlife.

Chief Alphonse says the B.C. hunting licences handed out for the Cariboo Chilcotin district last year and again this year are “not valid.”

The licences were tripled in 2015 to nine, and were part of a larger Liberal push to surpass 100,000 hunting licences in B.C.

The trigger was first pulled in January 2014 to re-start the controversial hunt in the area after 13 years of being off limits to hunters due to over kills.  Government biologists believe the area’s bears have sufficiently stabilized to allow for a sustainable hunt.

Video of Chief Roger William of the Xeni Gwet'in First Nation regarding the grizzly hunt in Tsilhqot’in lands.  Shot and produced by Mychaylo Prystupa, with bear footage from Pacific Wild.

Chief Alphonse said the move was made with “zero consultation or partnership” although letters with the province were exchanged.

Bureaucrats warned against the hunt

Freedom of Information released emails also show the hunt was against the advice of a senior B.C. government wildlife manager:

"I am strongly concerned that this is not the time to launch a grizzly LEH [Limited Entry Hunt] in our region,” wrote the province’s regional executive director Gerry MacDougall in a Nov.6, 2013 email.

"We’re getting negative signals on this from the TFN… and strong media awareness from the moose [hunt] and the William [Tsilhqot’in Supreme Court] title case,” he added.

The story about “Cheeky” — a grizzly shot by an NHL defenceman in the coastal Bella Coola area earlier that year —caught headlines for several weeks, MacDougall warned.

And just two weeks prior to the Liberal decision, e-mails show bureaucrats were unclear if they had Tsilhqot’in onside.

“Are the Chilcotin FN opposed to the proposal to open the grizzly [Limited Entry Hunt]?  All I see below are letter[s] from enviro-NGOs and a few reports, but nothing with FN letterhead stating they do not support the proposal,” wrote policy analyst Stephen MacIver.

But the Liberal government re-opened the grizzly hunt anyway in two wildlife management zones, referred to as units 5-5 and 5-6.  Both are on Tsilhqot’in territories — and one is on the new Tsilhqot’in title land to the west of the Chilko River.

“I don’t care if the hunt is on or off title lands, or to the east or the west of the Chilko River.  The Supreme Court victory proved that government has a duty to consult with us,” said Chief Alphonse.

Signalling awareness of the legal firestorm, the BC government’s hunting website warns hunters:

"Your ability to exercise hunting privileges in these management units may be affected by a recent Supreme Court of Canada decision regarding the Tsilhqot'in Nation," says the BC government website. 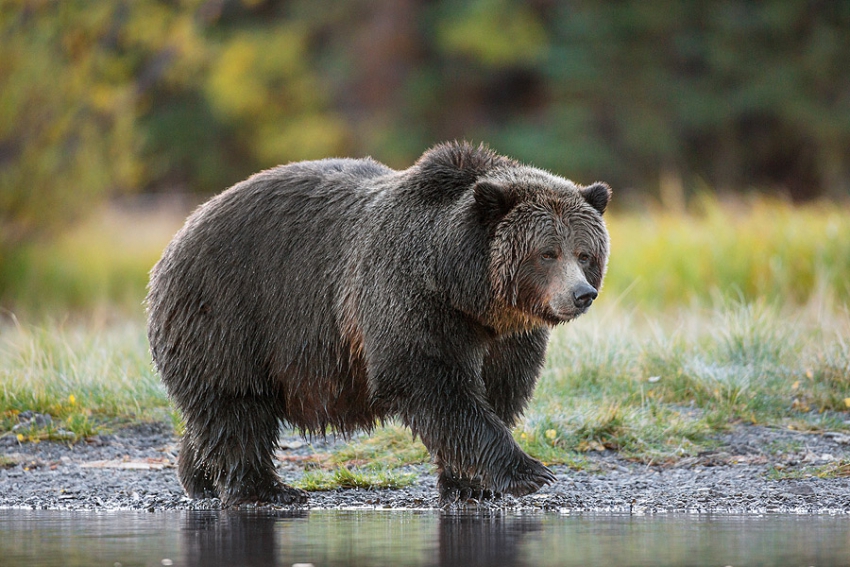 A grizzly bear known by photographers as "Big Momma" wobbling down a river in the Chilcotin region of B.C.'s interior. Photo by John E. Marriott.

Minister Thomson was asked to respond to this story, but so far has not commented.  His ministry staff said they were not aware of any legal action by the Tsilhqot'in against the hunt.

"First Nations food, social, and ceremonial rights are provided for prior to any issuance of opportunities for either resident hunters or guide outfitters," added a spokesperson.

Following the Supreme Court ruling, the province and the Xeni Gwet'in band entered into an agreement to let guides carry on hunting activities on Tsilhqot'in land for the 2015 season —but grizzly hunting on Title land was forbidden.