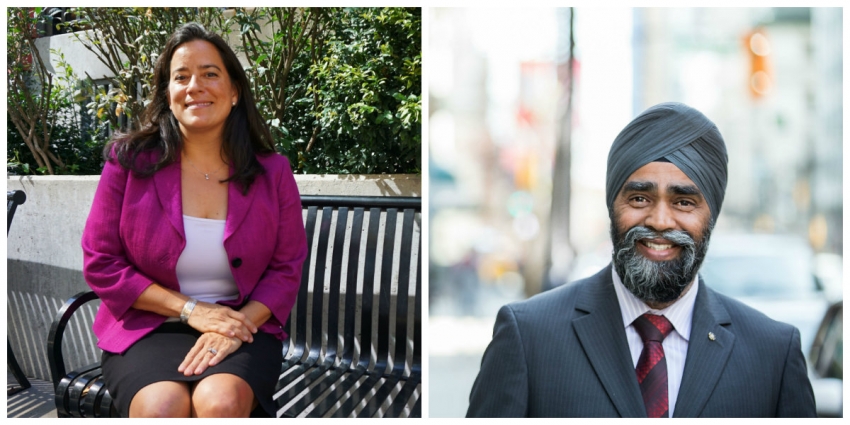 Justin Trudeau appointed two Vancouver MPs to his cabinet on Wednesday in a historic swearing-in ceremony at Rideau Hall in Ottawa.

Sajjan is a decorated Afghanistan veteran, a former Vancouver Police Department detective with more than 10 years of experience, and an international human security specialist. He replaces Jason Kenney as Minister of National Defence.

A third local B.C. MP, Carla Qualtrough of Delta, has also been named Minister of Sport and Persons with Disabilities.

Vancouver Mayor Gregor Robertson hailed these appointment's as a victory for Vancouver, which he said has been "ignored" by the previous federal government for nearly a decade:

"On priority issues like affordable housing, transit, and climate change, Vancouver will have a strong voice in Ottawa at the cabinet table," he said in a statement on Wednesday.

“I look forward to working with the new government to secure major transit investments both in Vancouver and throughout the country, as well as collaborating on getting new affordable housing built across Canada."

Robertson also touched on the Syrian refugee crisis and affirmed that Canada's cities are ready to step up and assist the federal government in addressing it.

“With a new cabinet in place, I look forward to collaborating with our new federal ministers in helping to move that agenda ahead," he said. 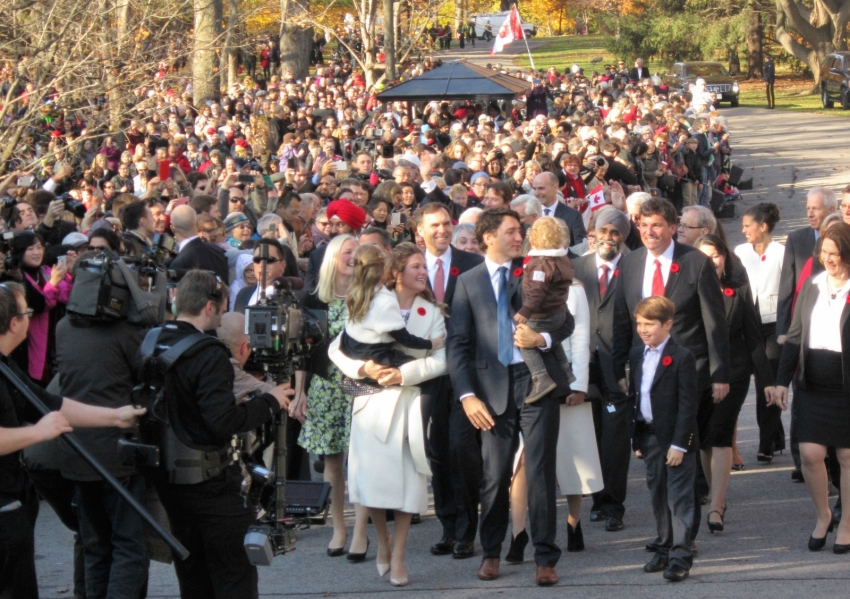 Justin Trudeau approaches Rideau Hall in Ottawa to be sworn in as prime minister on Nov. 4, 2015. Photo by Fram Dimshaw.

Justin Trudeau, who was sworn in as Canada's 23rd prime minister to the rambunctious applause of media and spectators, promised that he appointed the best possible government to represent Canada.

He appointed 30 cabinet ministers, 15 of whom are women and 18 of whom are rookies who won the election for the very first time on Oct. 19.

The list includes representation in every province and territory, with 11 ministers from Ontario, six from Quebec, three from British Columbia and two each from Alberta and Manitoba. Saskatchewan, Nova Scotia, Newfoundland and Labrador and Prince Edward Island all have a single representative in cabinet, as does Nunavut.

"This strong, diverse, and experienced team will serve all Canadians, and for the first time in our country's history, there will be an equal number of women and men around the Cabinet table," said the new prime minister in a public statement after the ceremony.

"Canadians expect to see their values and priorities reflected in their government, and we have listened closely to them. Canadians told us what kind of government they want, and we built the plan to make it happen."