Roughly $370 million of the lump sum of cash will go to Metro Vancouver specifically. 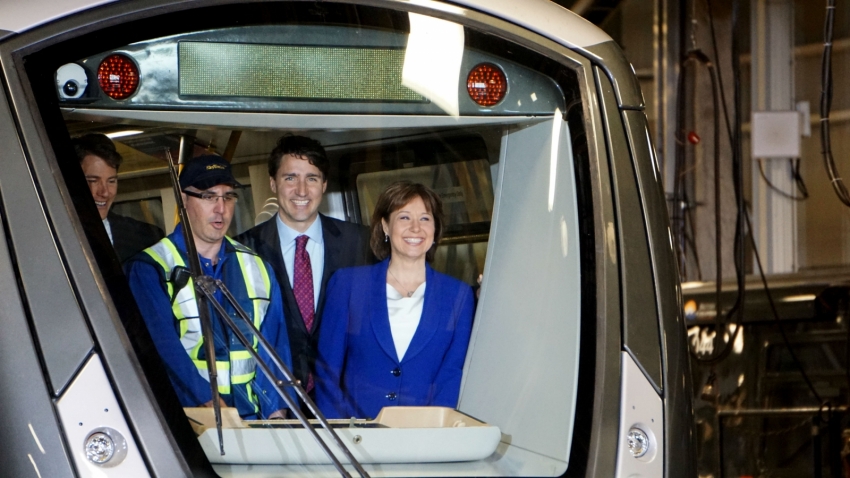 British Columbia will be the first province to officially receive highly-coveted federal infrastructure dollars to spend on public transit initiatives of its choosing, after a $460 million funding announcement in Burnaby, B.C. on Thursday morning.

Prime Minister Justin Trudeau and B.C. Premier Christy Clark made a dramatic entrance on the SkyTrain at its local operation centre, where a host of mayors, members of Parliament, and MLAs were gathered to hear the good news. The federal government's investment — combined with funding from the province and municipalities — brings B.C.'s pot of public transit money to $934 million in total.

"For too many years, the federal government has been a less than active partner, under-investing in public transit," Trudeau told politicians, journalists, and dozens of B.C. TransLink staff.

"This investment in public transit will help the people of British Columbia get home to their loved ones faster. It will also help to grow the middle class by improving business flows in municipalities while reducing environmental damage."

To learn more about what transit upgrades will be coming to Metro Vancouver, read the full story on National Observer.