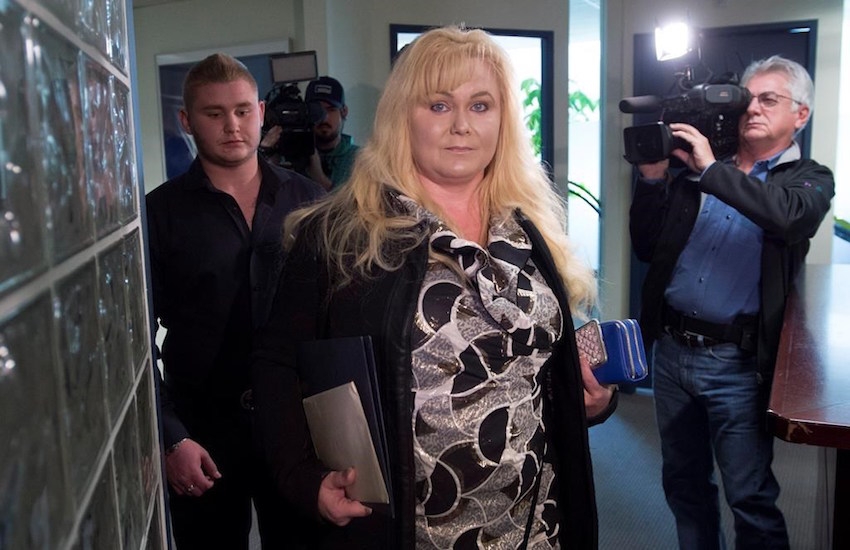 Michelle Jansen at a news conference about the death of her son Brandon Jansen in Vancouver, B.C. Monday, Nov. 14, 2016. Jansen died at the Sunshine Coast Health Centre on March 7th. Photo by Jonathan Hayward/The Canadian Press.

Three days after Brandon Jansen entered his 11th treatment centre for an addiction to the opioid fentanyl, he died partly because an antidote and therapeutic drug that could have stopped his cravings were not available, the centre's chief executive says.

Jansen, who was 20, died in March at the Sunshine Coast Health Centre in Powell River, a month before the province declared a public health emergency in overdose-related deaths.

The coroner's service will hold a public inquest into Jansen's death in January and it has said the case will be used as a new avenue to address the crisis that killed 555 people in the province between January and September.

An investigation by Vancouver Coastal Health released Monday said the private health centre was in compliance with provincial regulations.

Melanie Jordan, chief executive of the centre, said Jansen's death was the only critical incident at the facility since it was first licensed in 2004.

Vancouver Coastal Health said in its report that the RCMP found evidence Jansen most likely got the drugs that contributed to his death from another patient who obtained them while on a day pass.

It said police also found "another illegal substance" in Jansen's room hidden in a container labelled as supplements, which were believed to have been brought to the centre by a family member.

Michelle Jansen said she visited her son the day before he died and did not bring him any supplements or medication.

"I was the one that paid every dollar to put him there and was given assurances of his care and his safety," she said in an interview.

The centre said the investigation also highlighted a number of problems with the health system that prevented staff from having the tools to treat Jansen.

At the time of his death, Jordan said the centre did not carry the opioid antidote naloxone because it could not get the appropriate authorization from provincial health regulators to administer the drug.

"Based on what this report says about the time of death, we believe staff might have saved Brandon's life had a higher authority insisted that treatment centres in this province be armed with naloxone during an opioid crisis," Jordan told a news conference.

The centre's chief medical officer was also waiting for approval to prescribe the therapeutic drug suboxone, which stops cravings and can prevent opioid overdoses.

Jordan said regulatory systems are too slow in making changes and granting special authorizations during a crisis.

The centre's chief medical officer was granted authorization to prescribe suboxone in July, days before the College of Physicians and Surgeons of B.C. lifted restrictions that previously limited who could administer the drug, Jordan said.

The province has also lifted restrictions on naloxone, making it widely available outside pharmacies without a prescription.

Jordan said almost all staff at the centre are now trained to administer naloxone.

However, Michelle Jansen said the centre did enough to ensure they were providing adequate treatment for her son.

"You could have got suboxone administered by a doctor before the changes were made," Jansen said. "Those measures weren't exhausted in my opinion."

Jordan said details of the investigation including interviews conducted by police and toxicology reports have not been released to the centre or the public, and will likely come out during the coroner's inquest in January.

The centre is in the process of implementing a number of voluntary changes in its operations including more thorough background screening of new clients prior to admission, opening a new medical detox unit that is segregated from regular clients and installing security cameras around the perimeter of the facility.