"Your equipment will be confiscated if you try to return," said a masked protester to contractors doing prep work for pipelines to proposed LNG terminals. 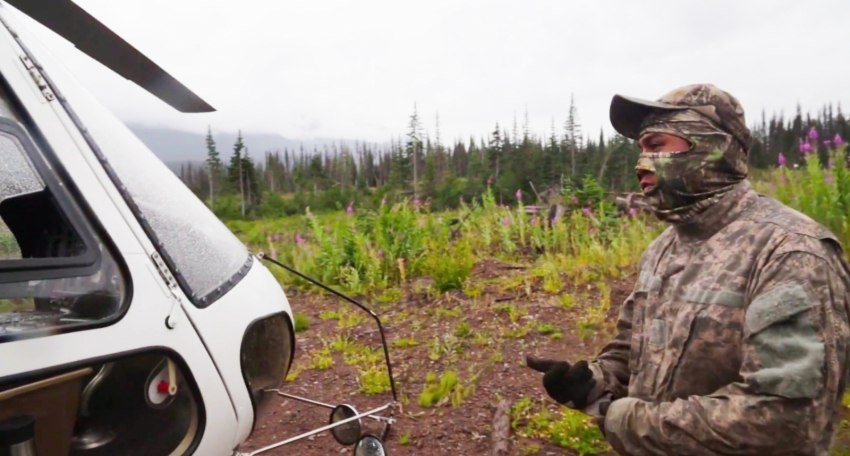 Freeze image from Youtube video of Unist'ot'en confrontation, produced by Mike Toledano
An online video shows Wet’suwet’en protesters from the Unist'ot'en Camp peacefully evicting several TransCanada contract pipeline workers from their traditional Aboriginal territory on Tuesday.  The region is where First Nations have been intensifying "direct actions" against several multi-billion-dollar pipelines for oil and LNG export for months now.
"Your equipment will be confiscated if you try to return," said an unidentified masked man, as he approached a company helicopter.
"You know TransCanada is not allowed on the territory, right?" he also asked other crews on patrol.
Video by Mike Toledano from YouTube
Camp members believed the workers had come to work on Coastal Gaslink, a 650-km natural gas pipeline that TransCanada plans to build for the $12-billion "LNG Canada" terminal in Kitimat, proposed by Shell, PetroChina, Korea Gas and Mitsubishi.
The 22,000-kilometre territory of the Wet’suwet’en First Nation -- where the camp is based -- is highly strategic, and poses a bottleneck for pipelines.

In response to the eviction, TransCanada says:

"Consultants working for the Coastal GasLink Pipeline Project were conducting non-intrusive environmental field studies, which we believed we had permission to do."

"This environmental survey work allows us to properly understand the wildlife, cultural, traditional and habitat of the areas along the pipeline route so that we can develop plans in a thoughtful and respectful manner," wrote a media spokesperson in Calgary.

"We have been working with all of the hereditary and band leadership along the proposed pipeline route, and we have been consulting with the Dark House and We’suwet’en leadership regarding our activities," the company added.

TransCanada is not alone in its troubles with First Nations in the region.
In addition to the contested Enbridge Northern Gateway pipeline, the area is also key for several new proposed pipelines, including the Trans Pacific Trail project, which would carry gas from northeastern B.C. to the $4.5 billion "Kitimat LNG" terminal, proposed by Chevron and Apache.

Although the eviction was non-violent, a woman became tense when she saw herself being filmed, and angrily requested that the camera be turned away from her face.
"I don't appreciate being labeled as TransCanada," wrote Juanita Nikal, the woman in the YouTube video. She objected to being framed as a TransCanada worker, saying she was sent from the office of the Wet'suwet'en First Nation.
"I don't appreciate being thrown under the bus. My whole family is Unistoten and I stand behind them 100 per cent. You know very well that Wet'suwet'en people will be out there to make sure that each environmental group does their due diligence in collecting the data of all of our natural resources.
"This information is crucial to our people and crucial to the protection of our land. You will have plenty of time to glorify your efforts, but to use one of your own as target practice is a disgrace. I am your own flesh and blood, where is the honour in throwing your own family in with the pipeline, to the wolves?" wrote Nikal in online comments.

The neighbouring Gitxsan tribe to the north similarly gave TransCanada pipeline contractors a “cease and desist” order in March to remove themselves within 24 hours.  The demand was presented by 81-year-old hereditary chief Sampson Muldoe.
At the time, TransCanada said it had a legal permit for exploratory pipeline drilling.

“We would never conduct any work without the proper regulatory authorizations,” wrote spokesperson Davis Sheremata from Calgary. 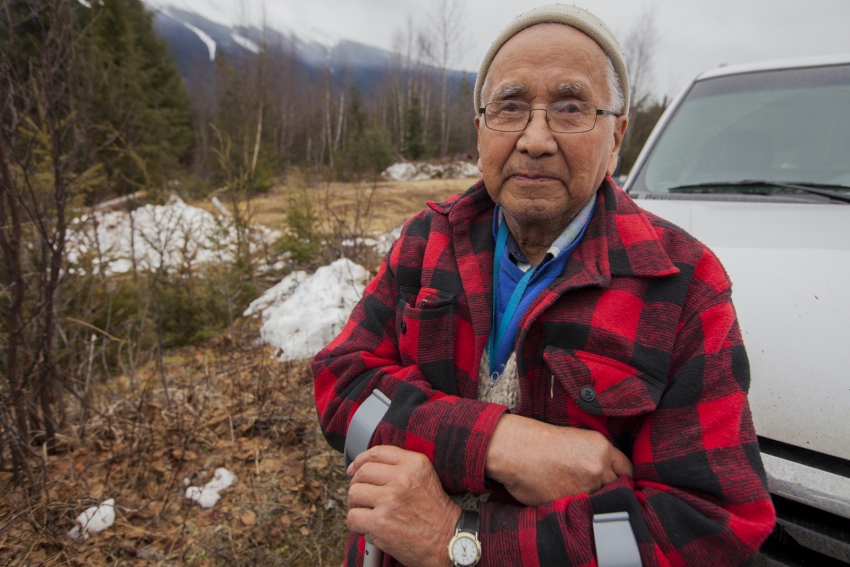