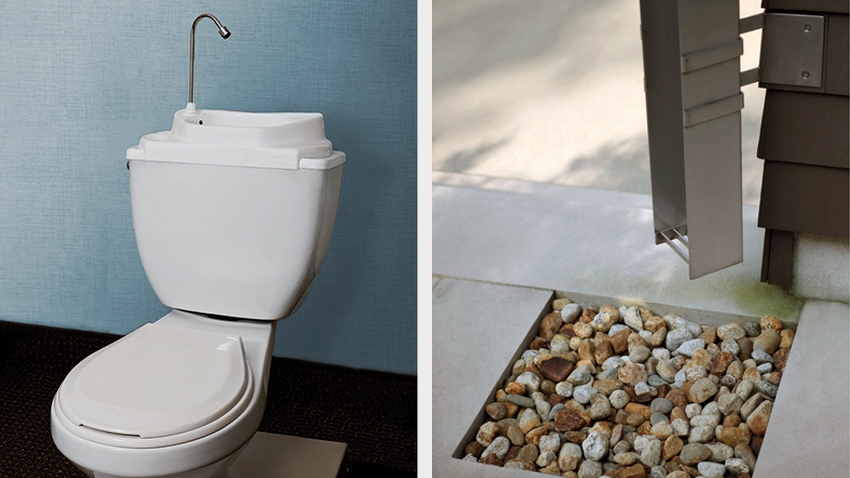 Could you take a three-minute shower? How about fewer toilet flushes, or turning off the tap while brushing your teeth?

The mayor of a British Columbia desert town wants people across the province to start asking these questions and think differently about how they use potable water in the face of a withering drought.

"I honestly think we need to have a different mindset in this province, everybody does, and we just don't want, you know, to end up in the same boat as California where they kind of ignored it, we think, for a few years," Osoyoos Mayor Sue McKortoff said Thursday.

The community 400 kilometres east of Vancouver is surrounded by the south Okanagan's Great-Basin Desert with orchards, vineyards, western rattlesnakes and wind scorpions.

McKortoff said she's been watching the situation on the South Coast, where the municipalities that form Metro Vancouver have enacted strict rules on water use because of dropping reservoir levels.

Residents are now banned from watering their lawns, filling pools, washing vehicles and buildings, although commercial car washes can operate.

While the Vancouver area is nowhere near the four-year dry spell faced by California, it has seen a dramatic drop in precipitation.

Environment Canada meterologist Lisa Coldwells said just 16.6 millimetres of rain has fallen on the South Coast during May, June and July, compared to an average of 154.5 millimetres. She said five to 10 millimetres could come this weekend.

Earlier this week, Metro Vancouver announced water restrictions because its three reservoirs were at lower than normal capacity.

Metro Vancouver chairman Greg Moore said the region wanted residents to cut their water use to 1.2-billion litres a day, a target they met on Wednesday.

Moore said it's only the second time the region has faced such restrictions. He said most people take water for granted because they live in a rainforest, but that mindset is beginning to change because of the drought.

People are talking about water at work, dinner tables, and even one flower shop that Moore said he visited this week.

"It's much like people are very proud about how they reduce or reuse or recycle and they almost become proud and champions of what they're doing, and I think we're going to see that same thing happening with water," he said.

Josie Osborne, the mayor of Tofino, a small community on the west coast of Vancouver Island that nearly ran out of water in 2006, agreed that people and governments need to rethink how they use potable water.

Osborne said Vancouver Island is also facing a drought. She questioned whether it is wise to flush toilets, water gardens or wash cars with drinking water.

"I think we need to, fairly quickly, start moving towards a whole different kind of infrastructure mindset about the way we build buildings, building in rainwater cisterns, grey-water systems, looking at the regulations about how we're allowed to use grey water because some of those probably need to change," she said.

In the meantime, McKortoff said people need to cut down on their water use everywhere, not just with lawn sprinklers.

She said people need to watch their use of washing machines and dishwashers, turn off the tap while brushing their teeth and consider shorter showers.

"I always shower for three minutes," she said. "That's just my thing, and I don't shower every day, unless I need to, of course."