Through the looking glass with the Dogwood Initiative 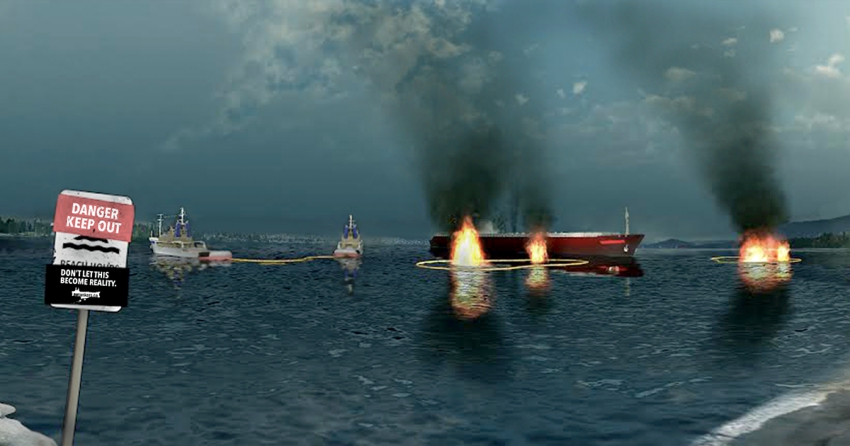 Illustration provided by the Dogwood Initiative

Nonpartisan group Dogwood Initiative made it easier to imagine the catastrophic damage an oil spill could cause to BC’s coast with a digital art installation in English Bay today.

The stunt uses a virtual reality headset hidden inside coin-operated sightseeing binoculars to illustrate the aftermath of an oil spill.

“We wanted to show people what’s at stake, but also remind citizens that this is only one possible future,” said Dogwood’s energy and democracy director Kai Nagata in a press release. “The fate of these pipeline and oil tanker proposals is really up to us, the voters.” 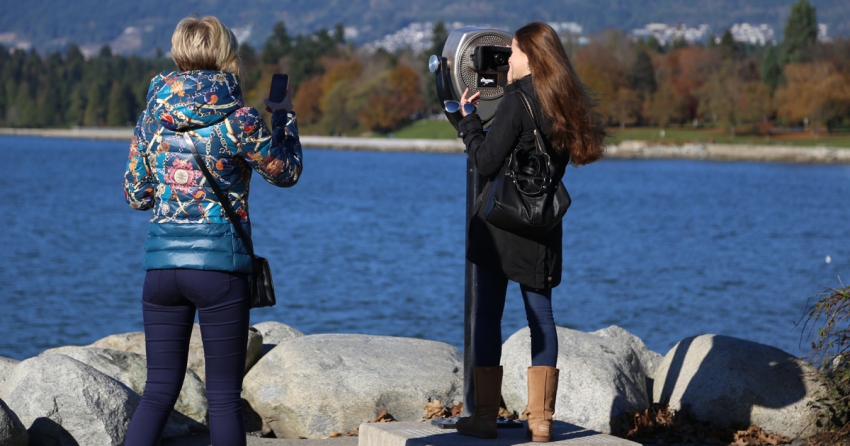 Through the looking glass, viewers will see an animated 3D depiction of a scenario showing a dying orca whale, bitumen-soaked sand, black smoke billowing into the sky from flaming pools of oil and spill vessels attempting to contain around 500 metric tonnes of crude leaking from a crippled tanker.

“What it can’t show,” said Nagata, “is all the bitumen that would sink to the bottom as toxic gases separate from heavier compounds and waft into these neighbourhoods. Hopefully that never happens in Vancouver.”

Local game developers Adrian Crook & Associates and Factory 1 Studios created the illustration that provides a dark but realistic view of the damage that could be caused by an oil spill in English Bay. The Oculus Rift headset, which is typically for video games, allows the user to move around inside a virtual landscape. 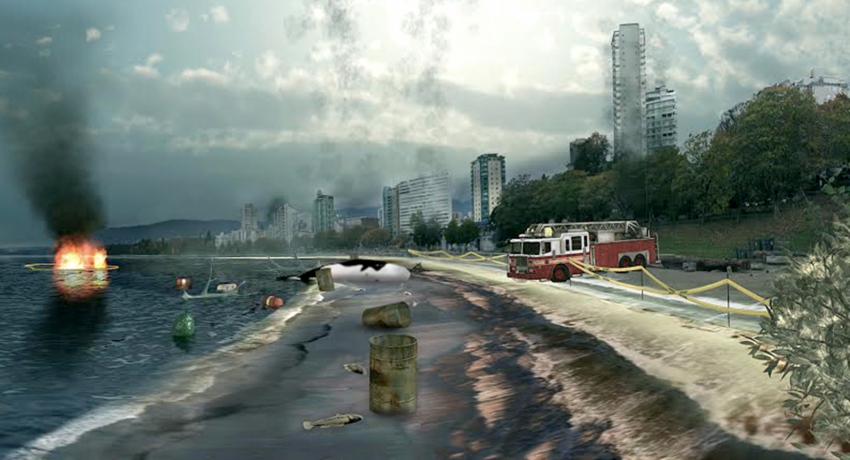 Dogwood Initiative says it’s encouraging voters to support candidates fighting crude oil exports through BC this election on Saturday, but emphasized on its website that it does not issue endorsements or tell sponsors how to vote.

One of these proposals, backed by Kinder Morgan, would load nearly a million barrels of crude every day onto tankers sailing Vancouver’s busy harbour. Dogwood conducted an open survey for all candidates from Sept. 21 to Oct. 16 to assess their values on the topic relative to the candidates they’re running against. The survey was completed by roughly 500 candidates province-wide.

“With our provincial and federal governments missing in action, it’s local leaders who are stepping up and defending the interests of their communities,” said the Dogwood team members on their website. “First Nations along with municipal councillors and mayors are becoming the true champions of local decision-making power."

All information and media provided by Kai Nagata.

.@mayorgregor couldn't help making another #KMFace after seeing what an oil spill in English Bay would look like. pic.twitter.com/Oj16Wvx3Ne