A large crowd showed up to Sunset Beach to send a warning from the west coast to Ottawa over Enbridge's proposed Northern Gateway pipeline.

A large crowd rallied at Sunset Beach to send a message to Prime Minister Stephen Harper and the federal government that the Enbridge Northern Gateway pipeline, if approved, would be met with intense opposition in British Columbia.

"We say no. This is our coast. We will not let this pipeline pass," shouted BC NDP MP Spencer Chandra Herbert, to roars of applause. 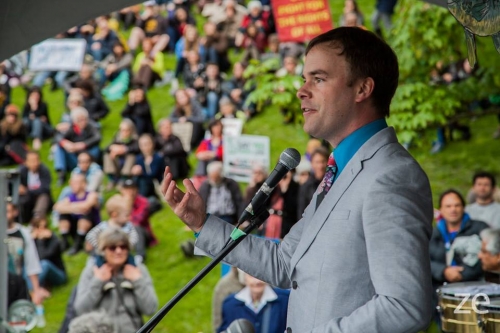 One after another, speakers took to the stage to condemn the proposed 1,170 kilometre pipeline, which would pump bitumen from Alberta's tar sands through the rockies to Kitimat in northern BC. 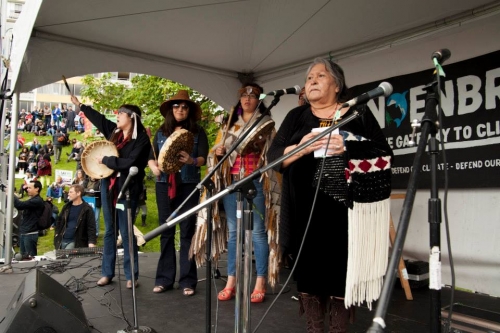 Kate Hodgson, a grade 11 student representing Kids for Climate Action, condemned the federal government's policies, which she said would leave her generation saddled with the heavy consequences of environmental damage and climate change. 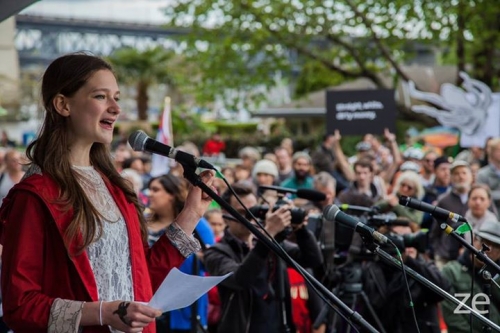 Commenting on the large size of the crowd, she remarked:

"Enbridge wouldn't be able to get 5,000 people out on a cloudy Saturday afternoon to support its pipeline." 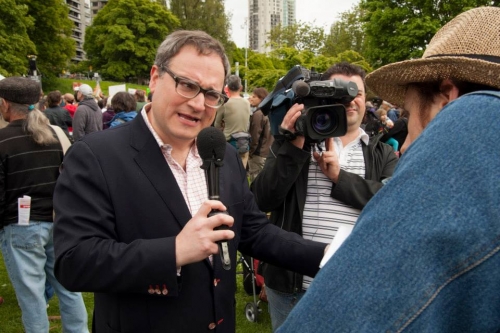 "I'm very heartened by the turnout here, it's amazing," said MLA David Eby. "We're exporting raw bitumen to China and other places...this has nothing to do with our domestic use (of oil), which is a whole other issue. We really need to move to clean sources of energy." 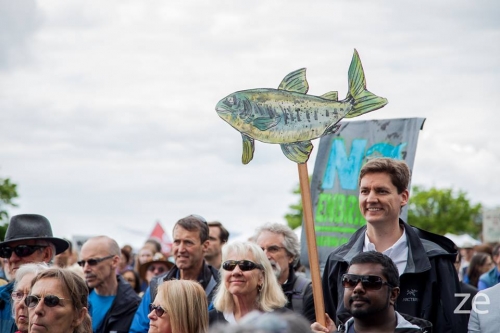 ForestEthics Ben West guessed that Saturday's rally could be the biggest anti-pipeline event to date in BC. 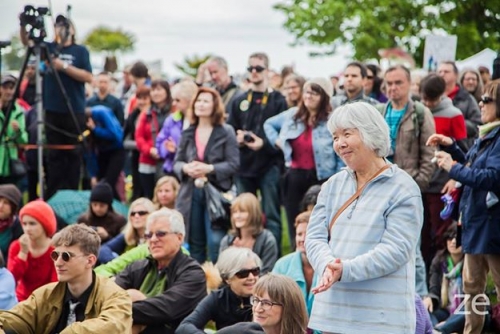 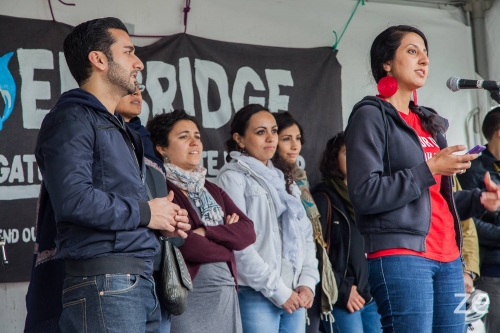 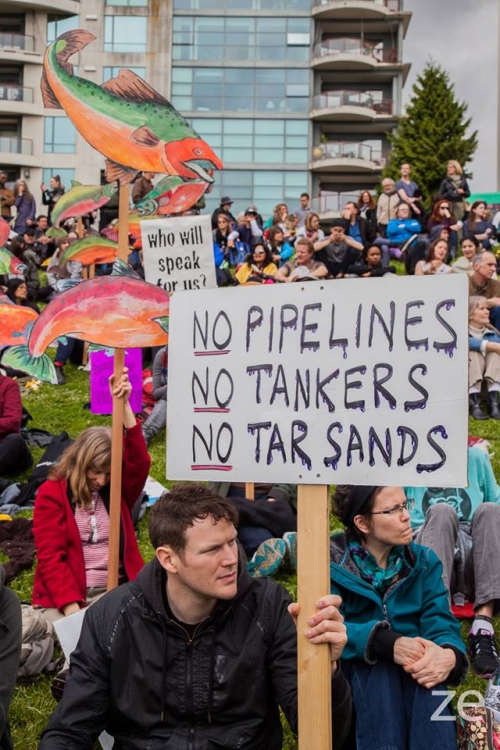 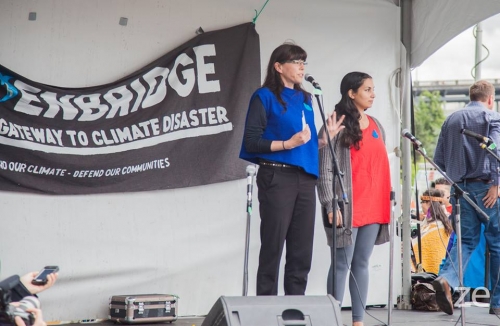 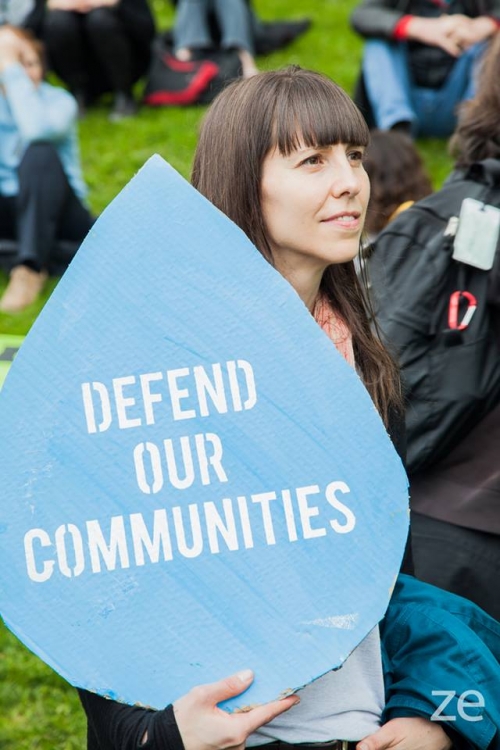 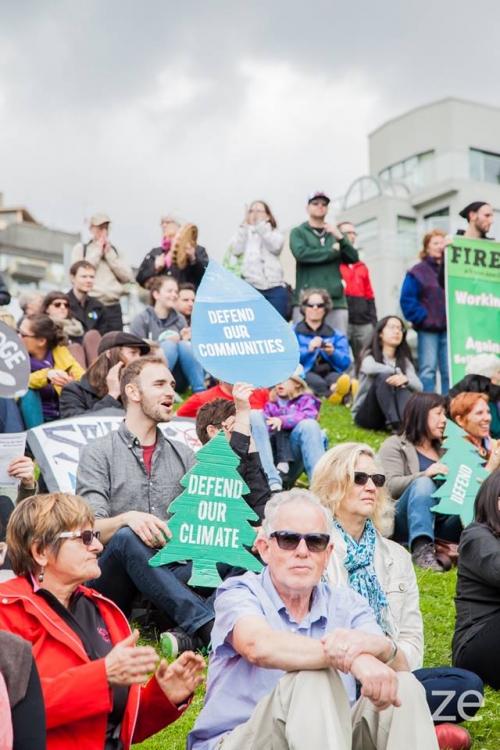