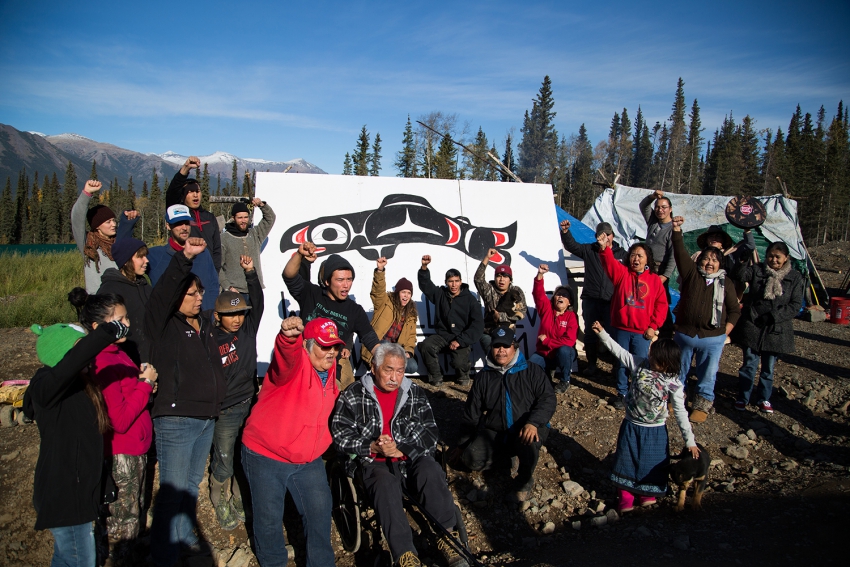 VICTORIA — Sixty−one disputed licences to mine coal will be bought by a Crown corporation, in an area of northwestern British Columbia considered sacred by First Nations, says B.C. Minister of Energy and Mines Bill Bennett.

The $18.3−million deal announced Monday will see the British Columbia Railway Company buy the licences in the Klappan area from Fortune Minerals (TSX:FT) and POSCO Canada.

The Klappan has been the site of protests and a bitter fight over resource extraction.

The Tahltan Central Council claims the area as part of its traditional territory and calls it the Sacred Headwaters, where the salmon−bearing Skeena, Stikine and Nass rivers meet.

Chad Day, council president, said in a news release the purchases halt development of the mines.

"This latest news gives us years — rather than weeks or months — to develop a sustainable long−term management plan and agreement for an area that is so important to Tahltan people and others across the world," said Day.

The companies have held the licences since 2002, the ministry said.

About 40 members of the Tahltan occupied Fortune Minerals’ camp on Mount Klappan in September 2013, before banning the company from the area months later.

Under the BC Railway Act, the British Columbia Railway Company can acquire coal mines and land.

The ministry announced the Crown corporation will use its cash reserves to purchase the licences, a move it said would have no impact on the government’s current fiscal plan.

Fortune Minerals and POSCO Canada have a 10−year option, or until 2025, to re−purchase the licences at the original prices after the province and Tahltan develop a shared vision, the ministry added.

"Everyone has recognized that we need to take time to decide how to manage the Klappan, including the mining company," said Bennett.

But he said the provincial government will not make a habit of buying out other mining or commercial interests as a matter of course.

"We’re not going to apply this method to every single situation we run across in the province," he said. "But when you do have these really difficult situations, if you’ve worked with everybody sometimes you can sort it out and find something that’s amicable and realistic and fair and that’s what we did."

The Klappan area is about 400 kilometres north of Smithers and includes few inhabited communities other than Telegraph Creek, and Dease Lake.

−−by Keven Drews in Vancouver and Dirk Meissner in Victoria