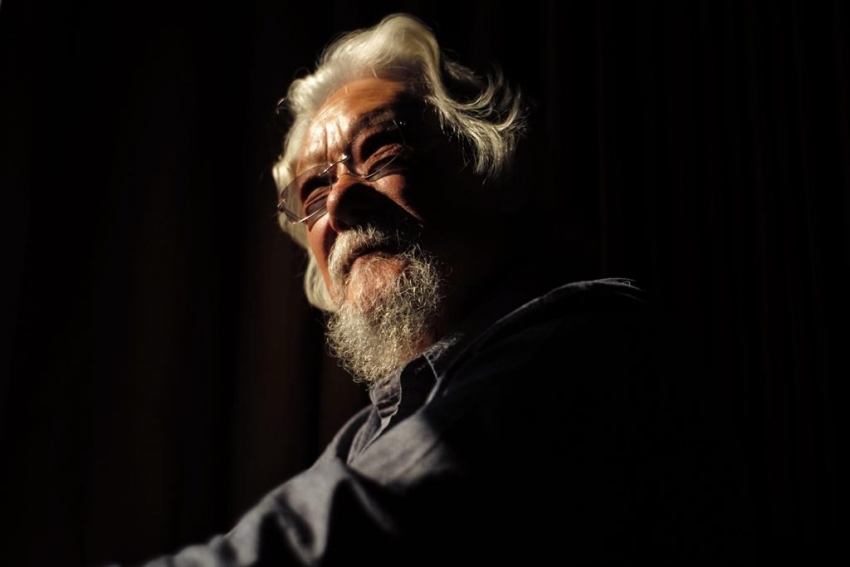 David Suzuki, one of the leading voices on environmental issues over the past half century, says he has embarked on the "last great fight" of his life.

The ultimate goal of the 80-year-old scientist is to have environmental rights for all Canadians enshrined in the Constitution.

That's the only way to ensure environmental policies cannot be overturned with the hottest political flavour, said Suzuki, pointing to the outcome of the U.S. presidential election.

"I think this is a real warning to us that we need something deeper that can protect us against the fluctuations that come with political change," Suzuki said Monday in an interview with The Canadian Press.

"That's why we're saying we need a change in our charter of rights and freedoms."

U.S. president-elect Donald Trump has called climate change a "myth," and said the concept of global warming was "created by and for the Chinese in order to make U.S. manufacturing non-competitive."

He is hopeful Prime Minister Justin Trudeau will overturn those changes. He likes the sound of Trudeau's environmental talk, especially his commitment to the Paris Agreement, a new climate deal signed by 195 countries that calls for limiting the temperature rise since the industrial revolution to below two degrees Celsius.

But he's questioned Trudeau's actions in a series of emails to the prime minister.

"I said to him, why are we talking about pipelines? A pipeline has to be used for 35 years. We've got to get off fossil fuels, especially tar sand fossil fuel. If you're serious about Paris and if you develop the tar sands and build these pipelines, there is no way we're going to hit the Paris target as a country and I said this has got to be off the agenda," Suzuki said.

"He got back to me and said, 'look, I'm committed to Paris,' but he didn't say how he was going to do that. He's said all the right things, but now he has to ask: 'Am I, as a politician, willing to stand up and say no more pipelines?' That's going to be the tough one."

That is close to the limit set by the global climate agreement adopted in Paris last year, which calls for limiting the temperature rise since the industrial revolution to below two degrees Celsius.

Environmental groups and climate scientists said the report underscores the need to quickly reduce emissions of carbon dioxide and other greenhouse gases blamed for warming the planet.

Suzuki has been at the forefront of the environmental crusade.

At 80, he looks and sounds healthy, but the recent death of Leonard Cohen, the 82-year-old music icon, has made him think more about his own mortality and what type of world awaits his grandchildren.

"I'm at the end of my life, in what I call the death zone, but people don't like to hear that and I said there's nothing morbid about saying I'm in the death zone," Suzuki said, his voice rising.

"I'm 80 years old, I know God damn well I'm in a limited period of time now. I'm not running after more fame or money or power or even sex. Life has changed for me. I am free to speak out and my highest priority is the world I'm leaving for my grandchildren."

He wants the nation's elderly to join him so there is something left for everyone's grandchildren.

"Get the hell off the golf course, get off the couch. You've got something that nobody else in society has — you and I have lived an entire lifetime — we've learned a hell of a lot during that lifetime," he said.

"But what we've learned is we need clean air, clean water and clean food to survive. Kids know that, but a lot of adults have forgotten that."