As part of the Tar Sands Reporting Project, The Vancouver Observer asked its backers what the energy future looks like to them. Susan Ellard explored the issues surrounding climate change, and found that there's a difference between what you know... and what you think you know. She told us, "The bigger problem is there's a lot of disengaged people. The proportion of people who don't care, and they don't want to talk politics, like it's almost embarrassing to care about politics." 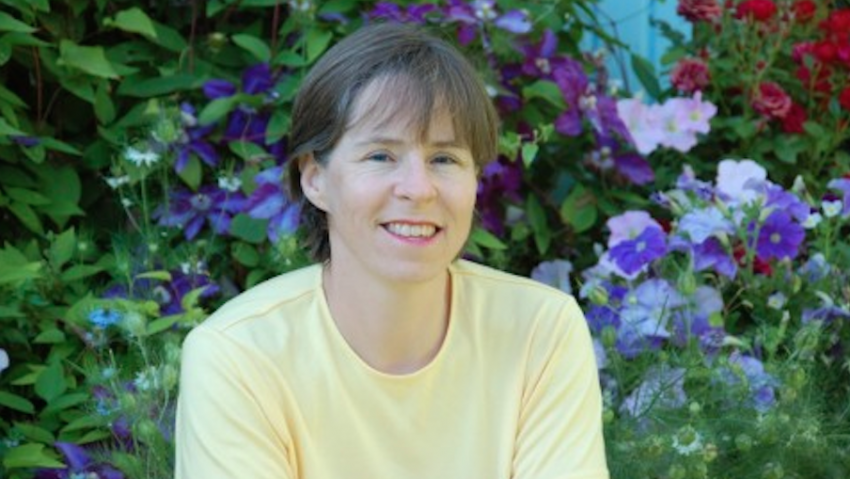 Susan Ellard says that our energy future is "more alarming than I had even dreamed."

An oncologist in Kelowna, Ellard has made it a priority to study climate change after her experiences during a sabbatical last year.

Ellard took a course on climate literacy, which highlights a problem looming over the wider climate debate: if we consume information only in the form of soundbites, share-this Facebook posts, and tweets, we never quite get the nuances of the debate. We take what political scientist Samuel Popkin calls "information shortcuts", since most of us do not have lots of free time to spend on independent study.

Governments and special-interest groups are ready and willing to use our tendency toward information shortcuts against us, so (deeper) knowledge is indeed power.

Ellard, however, is more concerned with those who opt out of involvement entirely. She told us, "The bigger problem is there's a lot of disengaged people. The proportion of people who don't care, and they don't want to talk politics, like it's almost embarrassing to care about politics."

Aside from backing the Tar Sands Reporting Project, Ellard also subscribes to Greentech Media to broaden her understanding of the local, national, and global forces shaping our energy future. If knowledge is power, then information is addictive.

Ellard sees North America's relative reticence towards embracing public transit as a major hurdle to sustainability, saying, "I'd like to see all of the major cities investing significantly in public transit infrastructure. I've had the chance to travel to Europe and there's vastly better service to the point that people in many places prefer public transit and prefer walking.

"[In Europe,] You take a car when it's a necessity but not as a knee-jerk reaction.The current government doing all those shovel-ready infrastructure projects—it seems like a hugely wasted opportunity which could have been used to invest in alternative energy and transit, things they claim are too expensive."

Ellard argues that we need to diversify how we power our lives, and not put all our energy eggs in one basket.

The future, says Ellard, may be surprisingly sunny: "Solar is really taking off. In the US, wind may still account for higher proportion of generation but solar is increasing at mad rates, which is awesome." 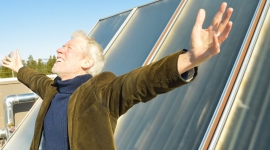 As part of the Tar Sands Reporting Project , The Vancouver Observer asks supporters to share their thoughts on how to build an energy bridge to the future.

Guy Dauncey gets ready for a "solar tsunami"