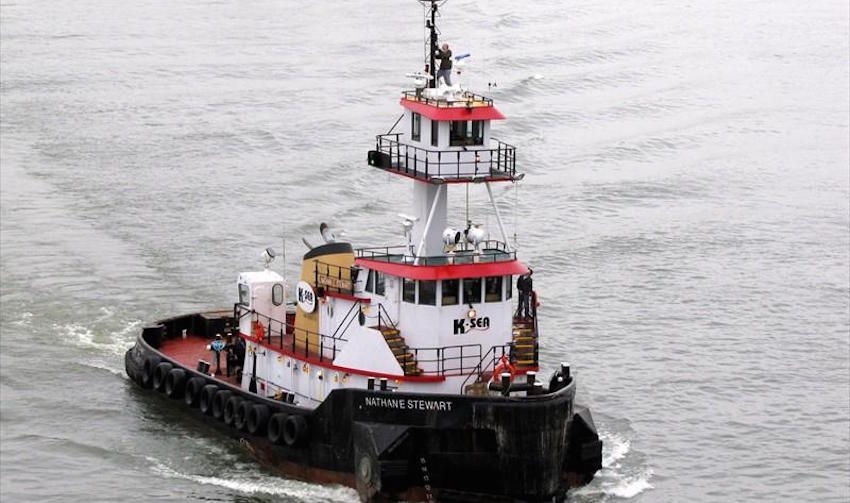 The Nathan E. Stewart tug boat and the empty fuel barge it was pushing ran aground near the Great Bear Rainforest. Photo courtesy Marine Traffic website.

A tug boat that ran aground and sank near British Columbia's Great Bear Rainforest is leaking diesel fuel, which the coast guard says is expected to dissipate.

The coast guard says the 30-metre Nathan E. Stewart, which is registered in the United States, and an empty fuel barge it was pushing ran around early Thursday morning in Seaforth Channel on the central coast.

The coast guard says in a statement that it was co-ordinating the environmental response.

It says a team from the Western Canada Marine Response Corp. was helping to contain and clean up the leaking fuel.

Kirby Offshore Marine, the owner of the tug and barge unit, says no one was hurt and all seven crew members aboard got off the tug safely.

It says in a statement that over 760 metres of boom surrounds the boat and a skimming vessel was operating around the site.

Kirby says it regrets the incident and it is working to mitigate the impact of the sinking.