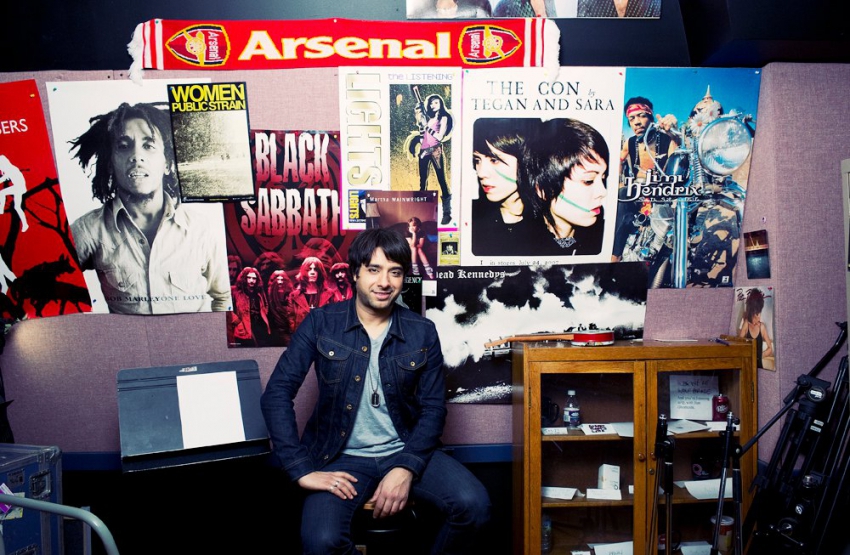 Wednesday was an explosive day in the saga of Jian Ghomeshi, so much so that there’s now an online graph depicting his “likers” dropping like leaves in a fall windstorm.

Much occurred, but I want to focus on one major development: Big Ears Teddy, a stuffed animal so valued by Jian Ghomeshi that it merited thanks in the acknowledgements of his 2012 book called 1982.

Last night, Twitter exploded with the news this account had been sitting there since April of this year, when, for only three days, it levelled massive allegations against Ghomeshi.

There are a lot of similarities between one of the eight accusers detailed by The Toronto Star and the newly notorious teddy bear of Twitter. It’s an interesting aspect to this saga and one I wanted to look at more closely.

In Ghomeshi’s now-famous Facebook missive, he tells of his “jilted ex-lover.” He says he dumped her at the beginning of this year, and “After this, in the early spring there began a campaign of harassment, vengeance and demonization against me that would lead to months of anxiety.”

Funny, then, that @BigEarsTeddy’s three-day Twitter attack happened from April 9th to 11th of this year.

We knew there was a campaign of harassment but it seemed to me that it had been rather minimal if I hadn’t heard of it before then. We wondered why Ghomeshi would up and dump his sexual fetishes on Facebook. We wondered how CBC could react so harshly and what was going on then.

Let’s see if we can connect the dots a little here.

Suddenly the most famous stuffed bear since Ted, this bear has seen a bit much too, if accounts published in the Star are to believe. They write:

“Two of the women who allege they were physically assaulted also say that before the alleged assaults in his home he introduced them to Big Ears Teddy, a stuffed bear, and he turned the bear around just before he slapped or choked them, saying that “Big Ears Teddy shouldn’t see this.”

But not, she says, until Big Ears Teddy was turned away from the offending scene. The attack stopped abruptly and she made her way to safety. But then, as the Star explains, “Months later, she confronted him in an email, suggesting that details of his behaviour might go public.

‘I’m shaking as I read this,” he responded, ‘Can we please talk?’” Better yet, they reveal the actual email in a photo.

Is this email from the same person who started the Big Ears Teddy Twitter account? Upon closer reading, I don’t think it is, but they sure have similar stories.