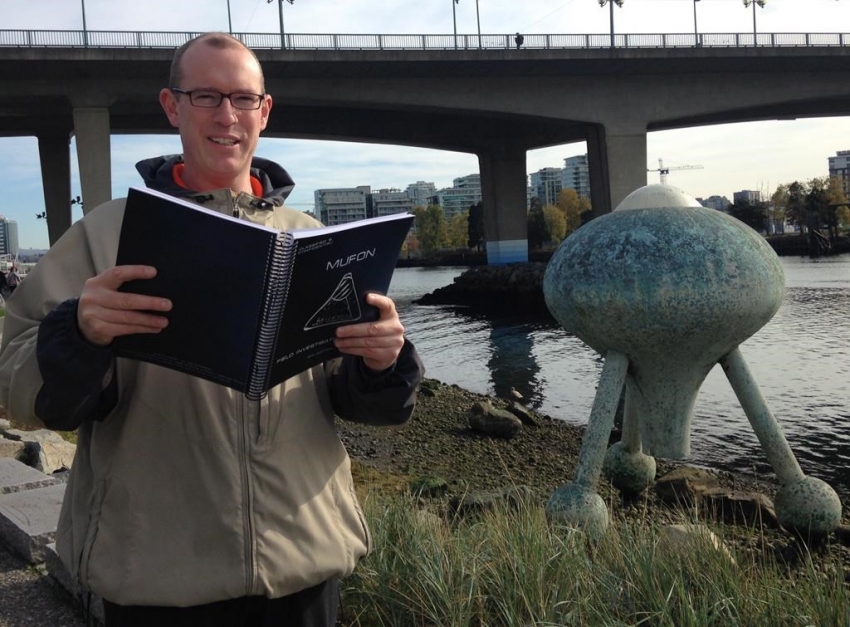 VANCOUVER — It isn't ghosts that Paul Kingsbury's after this Halloween as he prepares to accompany a troop of supernatural investigators on a soul-searching expedition at a Vancouver-area heritage building. He's on a hunt for the hunters themselves.

"The project is not to prove or disprove paranormal phenomena," Kingsbury said. "It is to hunt the UFO, Big Foot and ghost hunters and find out what they're doing with the paranormal in ... everyday spaces."

His research involves an undisclosed site.

While the bulk of the study is still to come, Kingsbury's preliminary research has already shed some light on some of the motivations behind would-be spectre seekers.

"What we're finding so far is that people join paranormal-investigation groups because they've had profound paranormal experiences," he said.

Such groups are often include skeptics looking to provide people with closure or peace of mind, he said. A successful investigation isn't necessarily to prove the existence of a ghost, he added.

"There's a great deal of altruism in these groups. ... I think there's a therapeutic dimension with their clients."

Funding for such an esoteric area of study is traditionally unusual, Kingsbury noted. He sees the social-science research dollars being dedicated to his project as an indicator of just how mainstream the topic has become.

"There's been a sort of paranormal turn in popular culture," he said, describing what he called the "re-enchantment of the West."

"Although we live in a secular, modern, rational, post-enlightenment society, researchers have observed … in the past decade or so a sort of paranormalization of the everyday."

Kingsbury pointed to a growing number of activities such as reiki, a form of channelled energy therapy, and healing crystals as further evidence of the popularization of the paranormal.

About 10 years ago, there were about 250 ghost-hunter groups in the United Kingdom but that number has since grown ten-fold, to 2,500, he said.

Kingsbury said he knows of one instance where a church called up a crew of paranormal investigators to look into some onsite goings-on.

The interest is hardly limited to the Western world.

One of the appealing elements of studying the paranormal is how culturally universal it is, said Kingsbury, adding that virtually every society has a reference to a spirit-like entity in its vocabulary and belief system.

Most cultures also have a cryptid, which he defined as a sort of monster, such as a Sasquatch or a Big Foot, he said.

Kingsbury mused that his research findings would apply to some unexpected areas.

"The paranormal is defined as that which exceeds conventional scientific understanding. From that point of view there are a lot of things in society that can be classed as paranormal.

"If you think of things such as love, how does science completely explain the phenomenon of love?"

Halloween recipe and a ghoulish story