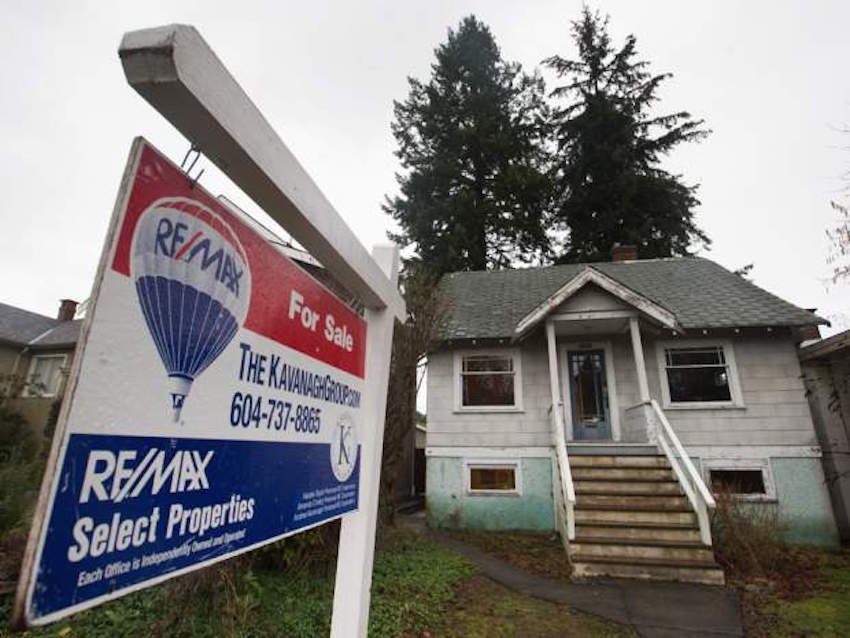 B.C.'s government issued a warning to the Real Estate Council of B. C. about alleged "shadow flipping" whereby realtors collect multiple commissions on a single property. Photo by The Canadian Press.

British Columbia's government is issuing a sharp warning to the self-regulated real estate industry after allegations of fraudulent and unethical practices by some Metro Vancouver Realtors.

Finance Minister Mike de Jong said he is writing to the Real Estate Council of B.C. and the superintendent of real estate to ensure that professional conduct requirements are being followed.

"Realtors are privileged to be part of a self-regulated profession. That is a privilege," de Jong told reporters in Victoria on Tuesday. "Our expectation is that they will govern themselves and conduct themselves in a way that is respectful of that."

The allegations, which first emerged in media reports and from Opposition politicians, cast new scrutiny on the self-policing of the real estate industry. The council is made up of realtors and regulates licensed agents in B.C.

Some real estate agents have allegedly been "shadow flipping," or exploiting a contract clause that allows a property to be resold multiple times before the closing date. The practice increases the final price by hundreds of thousands and allows the realtor to collect commission on each sale.

Only the final buyer pays the property transfer tax, meaning B.C. is potentially losing out on millions in tax revenue.

Asked what the province will do to prevent the practice, de Jong said the "real potential sin" is real estate agents who are not protecting the interests of their clients. It's up to the real estate council to take action, he added.

"It's why the council exists. If they're not up to the job, then we'll make some further decisions."

The government has promised measures in next week's budget to address concerns about housing supply, pricing and affordability.

The council announced Tuesday that the superintendent of real estate, Carolyn Rogers, will chair an independent advisory group to investigate business practices and regulation of real estate agents.

Rogers said that like the council, her role is to ensure the public interest is protected and confidence in the real estate sector is maintained.

"I look forward to working with the members of the advisory group on this important assignment and responding in a manner that assures the public that they can have full confidence in the integrity of the sector," she said in a statement.

The advisory group will include representatives from the legal profession, academia, and the business community. An interim deadline of April 8 has been set for initial recommendations.

David Eby, housing critic for the Opposition New Democrats, said the superintendent and council have failed in their responsibility to oversee the industry and should not be leading the investigation.

"Here you have two bodies that are clearly part of the issue leading the investigation into themselves, and that is not an adequate response," he said.

Eby sent two letters last month to the council after a real estate agent came forward as a whistleblower. The council initially declined to investigate, saying in a Jan. 19 letter that "no specifics have been provided that would suggest that your informant's concerns are warranted."

The council announced Monday it would set up the advisory group, hours after Eby publicly called for a formal arm's-length inquiry.

Tsur Somerville, an associate professor at the University of British Columbia's Centre for Urban Economics and Real Estate, said it's not surprising the council initially decided it couldn't investigate without a specific complaint.

"The council is more set up for disciplining individual agents for egregious behaviour and not necessarily for widespread restructuring of things that pertain to the industry."