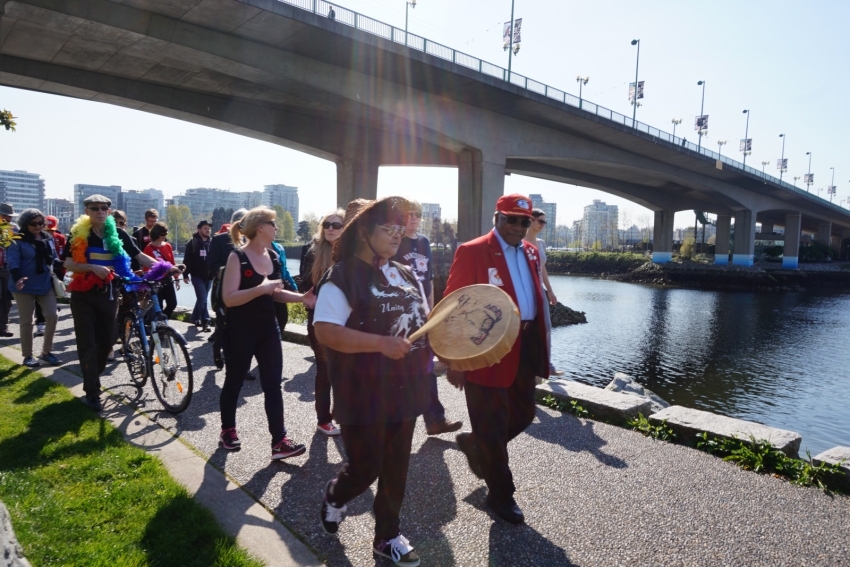 The second annual Rights and Freedoms March is taking place in Vancouver on April 2016. The march, sponsored in part by the Vancouver Observer, celebrates the anniversary of Canada's Charter rights.

After difficult histories such as residential schools, the Chinese head tax, Japanese internment and the Komagata Maru incident, the Charter of Rights and Freedoms guaranteed equal rights and freedoms for all Canadian citizens, no matter what their colour or background.

But while the Charter gives Canadians equal rights in law, many Canadians still face ongoing discrimination in practice. The annual march is not only to celebrate how far Canada has come in protecting civil rights, but recognizing that more work needs to be done.

The march will begin at 9:30 a.m. at the Olympic Village skytrain station and wind its way along the sea wall, passing the Science Centre and ending at David Lam Park.

Last year over 150 people came out to march on the anniversary of Canada's Charter of Rights and Freedoms.

This video was recorded at last year's march.

In 2016, several civil rights activists who worked with Dr. King are expected to be in attendance.

All are invited to attend.