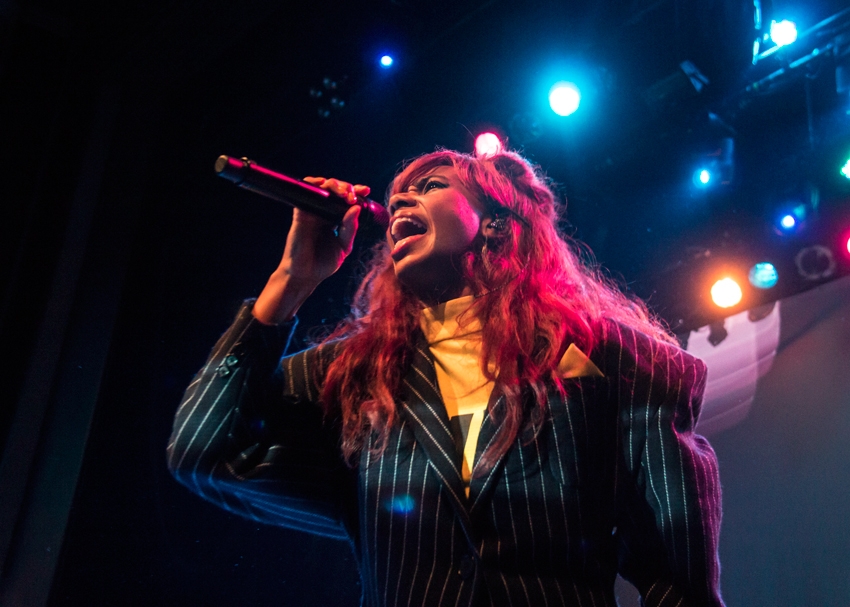 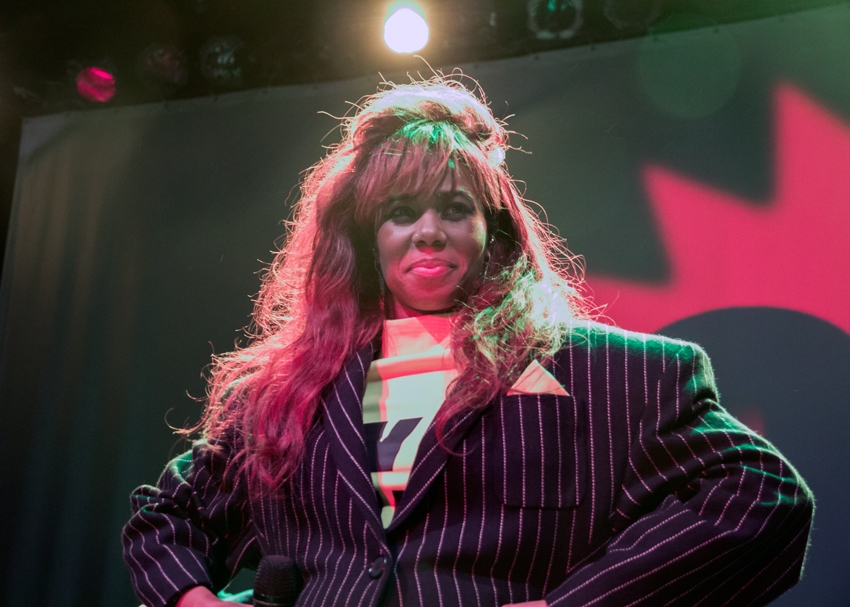 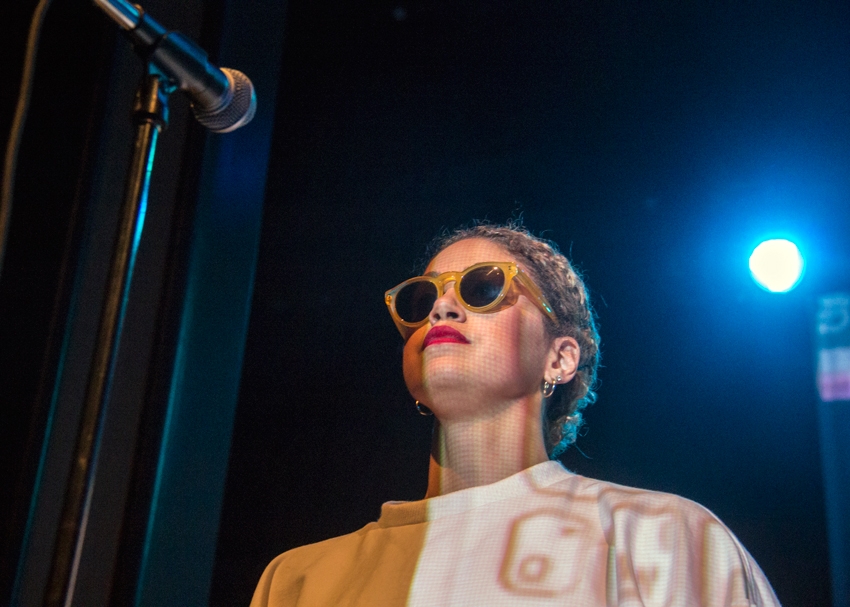 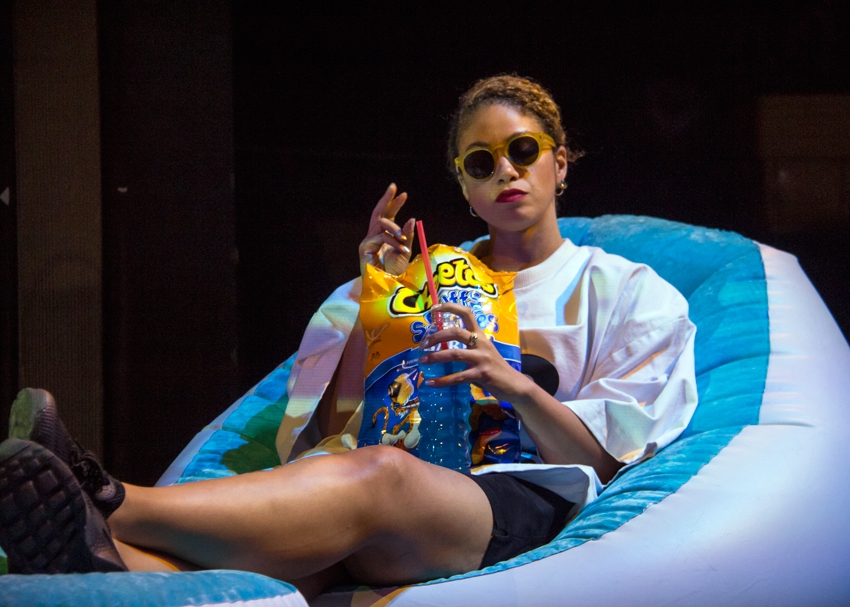 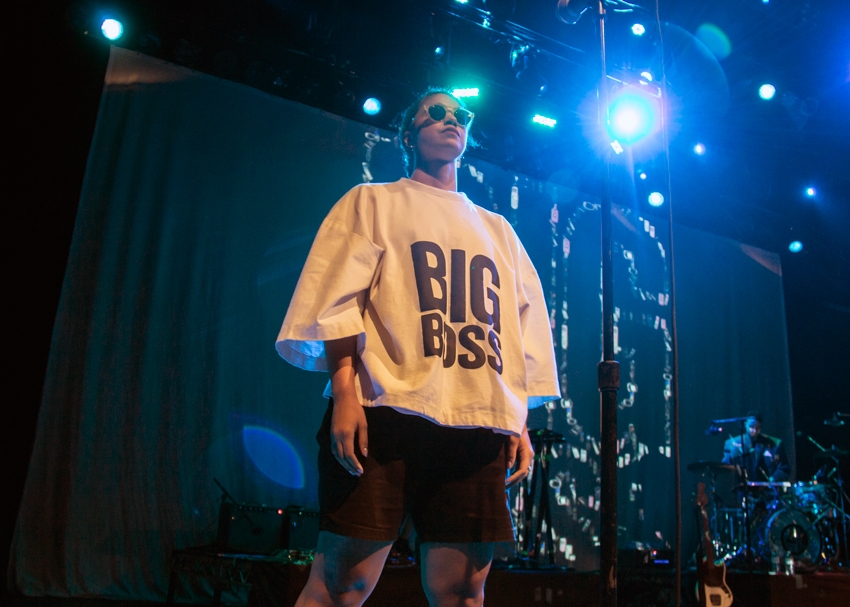 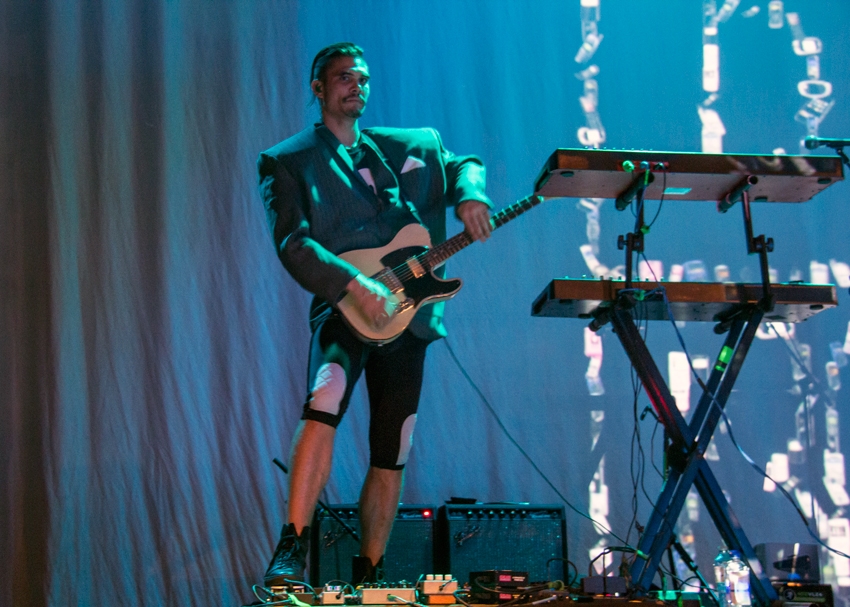 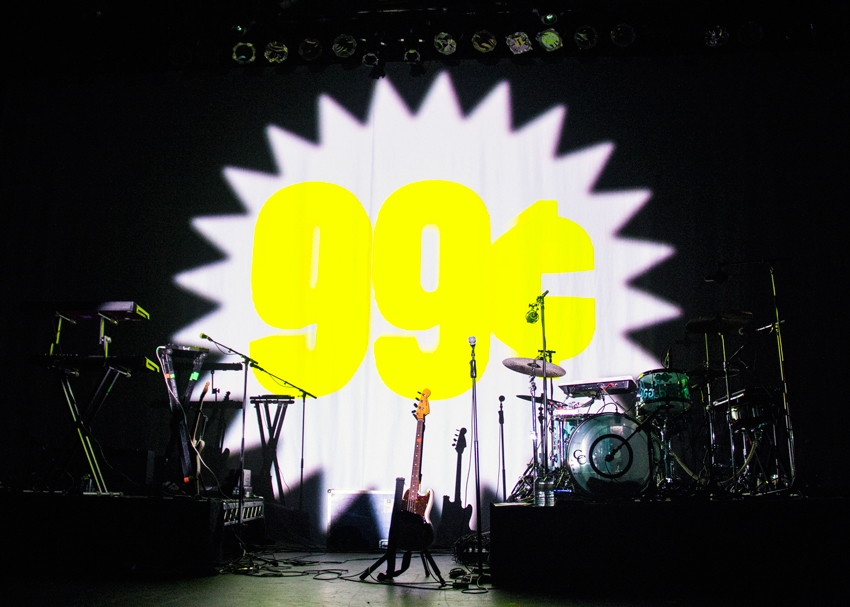 Santi White, also known as Santigold, at her sold out show at the Vogue Theatre Thursday night. Photography by Craig Fleisch.

After enduring a month-long postponement, fans lined up eager to hear Santi White, also known as Santigold, at her sold out show at Vogue Theatre Thursday night. The delay, caused when she lost her voice and was forced to reschedule several shows last month,  proved well worth the wait, as she delivered a truly arresting performance.

Confidence showed in the Brooklyn native's understated swagger across stage; a cool, assiduous hustle. She was adorned on either side by her motionless backup dancers in shades, reclining on inflatables and sipping something tropical.

She kicked things off with "You'll Find a Way"; and the infused reggae bounce got the crowd moving immediately.

A quick wardrobe change between "Banshee" and "Lights Out" saw Santigold emerge in a canary yellow long sleeve tube dress emblazoned with her tour's namesake, "We Buy Gold" in bold black letterforms.

Everything, in fact, remained on the 99¢ brand throughout the evening. It was gaudy, in such an intentional way that it came across as tastefully irreverent.

Inviting a throng of eager crowd members up on stage to dance to "Creator", the Big Boss insisted, "I only have one rule: no phones, no cameras. Live in the moment."

An interesting pronouncement, juxtaposing her backup dancers' use of selfie sticks prior in the set. Here Santigold reveals her true intention; using the very medium she is critiquing to lament a shrink-wrapped narcissism.

The set feverishly crescendoed with crowd-favourite "Disparate Youth". There was a well-timed release of a bubble machine, subtly matching the shampoo bottle imagery.

She kept the high-energy fans on their toes through the rest of the set and two encore songs, finishing the evening with "Big Mouth".

Amidst the swagger, hype and glam, a subtending expression of authentic graciousness was extended continually to the audience. They wanted what she was selling.

19. Can't Get Enough of Myself