Sandy and Dianne go to war against a giant mine

How close can you put a mine to a city without poisoning its residents? With the Ajax mine proposal currently under government review, many Kamloops residents refuse to wait around and find out. 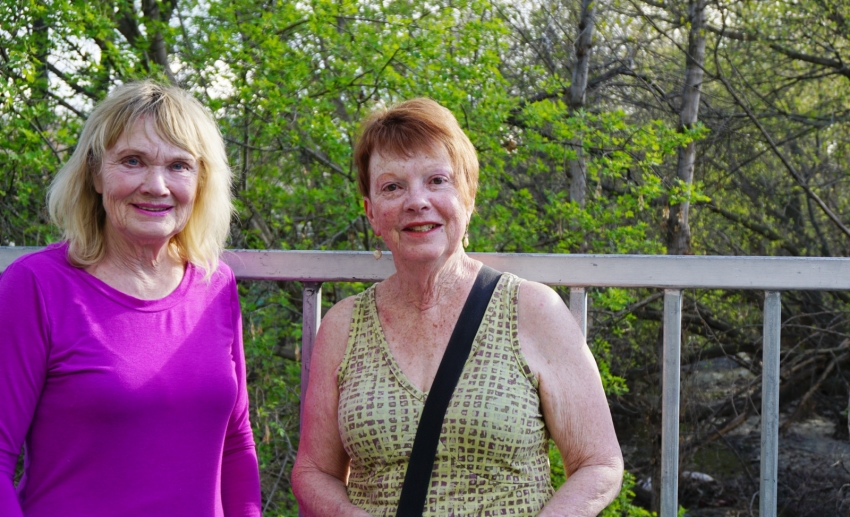 Dianne Kerr (left) and Sandy Abraham have poured their heart and souls into stopping a monster mine from dividing their city. Photo by Elizabeth McSheffrey.

The mining and metallurgy parent company is based in Lubin, Poland, but in B.C., the company developing the mine has an office in Vancouver and a website that gives it a decidedly Canadian look.

Since 2011, the women have pored over air quality monitoring results, learned the particulars of dust particulates, and produced a 30-minute advocacy film against the Ajax mine, an open gold and copper pit project proposed less than two kilometres away from their city of 90,000 people.

“If the mine is approved I will not be living here,” said Kerr, a former Kamloops city councillor. “I will move even after 49 years here, having contributed a lot of myself to developing the community.”

Both Kerr and Abraham are former management development consultants for the mining industry, and know a bad project when they see one. Today, they help co-ordinate a small army of academics, scientists, physicians, residents, and environmental organizations unequivocally opposed to Ajax Mine, which is currently under federal and provincial review.

They're dead set against allowing an international mining conglomerate to turn the City of Kamloops into what they call a “sacrificial lamb” in an experiment to see how close a mine can be built to a city before it poisons the residents.

“This community will be collateral damage [if we don't stop this],” said Kerr. “It is expedient to sacrifice the people who live here for what Premier Christy Clark and the provincial government have articulated as priorities for mining projects, regardless of where they are, how close they are to people, and the risks they pose."

Want to read more? Check out the story on National Observer.