Royals urged by First Nations to push governments for reconciliation 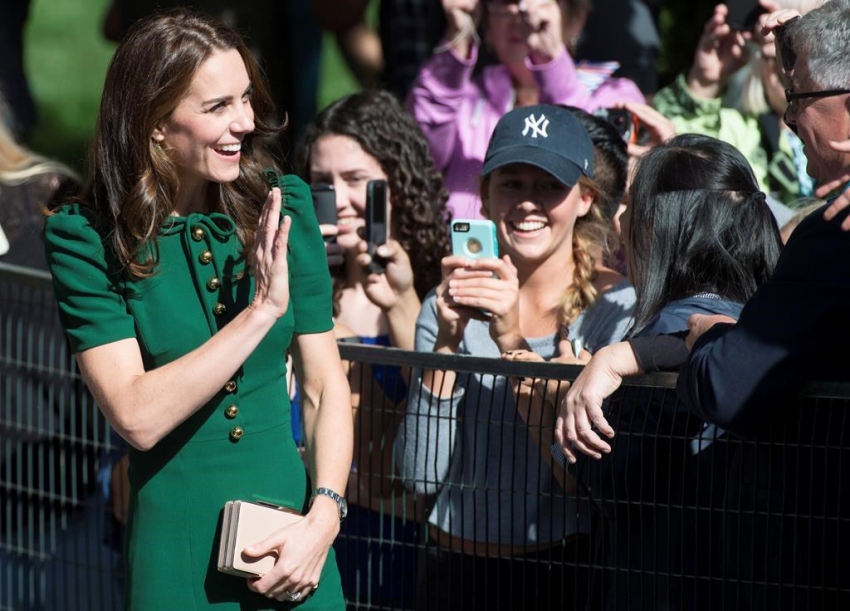 First Nations leaders have urged the Duke and Duchess of Cambridge to encourage the British Columbia and federal governments to take their issues seriously, marking the second straight day of the royal tour that aboriginal leaders expressed frustration.

Chief John Kruger of the Penticton Indian Band spoke directly to Prince William and Kate during an event at the University of British Columbia's Okanagan campus on Tuesday, urging them to advocate for reconciliation for Aboriginal Peoples.

"True reconciliation involves the honour of the Crown, the federal government, provincial government and the indigenous people of this land."

Kruger was standing in for Grand Chief Stewart Phillip, president of the Union of B.C. Indian Chiefs, who has boycotted royal events. His members, which represents more than half of the 203 First Nations in the province, voted that he should not attend reconciliation events with the royals.

Grand Chief Ed John of the First Nation Summit spoke at the Black Rod Ceremony in Victoria on Monday and used his time at the podium to make an even stronger plea.

John said the status quo hasn't served indigenous peoples well as he noted the Truth and Reconciliation Commission has determined there was cultural genocide against his people.

"The current Crown approaches of deny and delay cannot continue. We cannot hope that our future means more litigation or protests on the land, as we see now."

He said when Canada became a country it wrongly pursued laws to proselytize indigenous people to become Christians with the residential schools.

"The purpose of these schools was to kill the Indian in the child. The impacts, including indigenous language loss, have been deep, and now intergenerational."

During the ceremony, Prince William added a ring of reconciliation to the Black Rod, which is used in the legislature when the Queen or her provincial representative is present. The ring is meant to represent the connection between the Crown, indigenous peoples and all British Columbians.

John said the reconciliation ring should guide future relationships between the Crown, governments and Aboriginal Peoples.

Marilyn Slett, Coastal First Nations president and Heiltsuk chief, said the royal visit to her community of Bella Bella on Monday represented an opportunity to continuing relationship building with the governments of Canada and B.C.

The Duke and Duchess of Cambridge arrived in Kelowna on Tuesday for a tour of the city and a chance to sample British Columbia's culinary scene.

The couple unveiled a plaque marking the 10th anniversary of the University of B.C. Okanagan campus, watch a demonstration by the women's volleyball team and met with students.

They also stopped at the Mission Hill Family Estate to view the vineyard and learn about the province's agrifood sector at the Taste of British Columbia Festival.

They are spending Wednesday in Yukon.